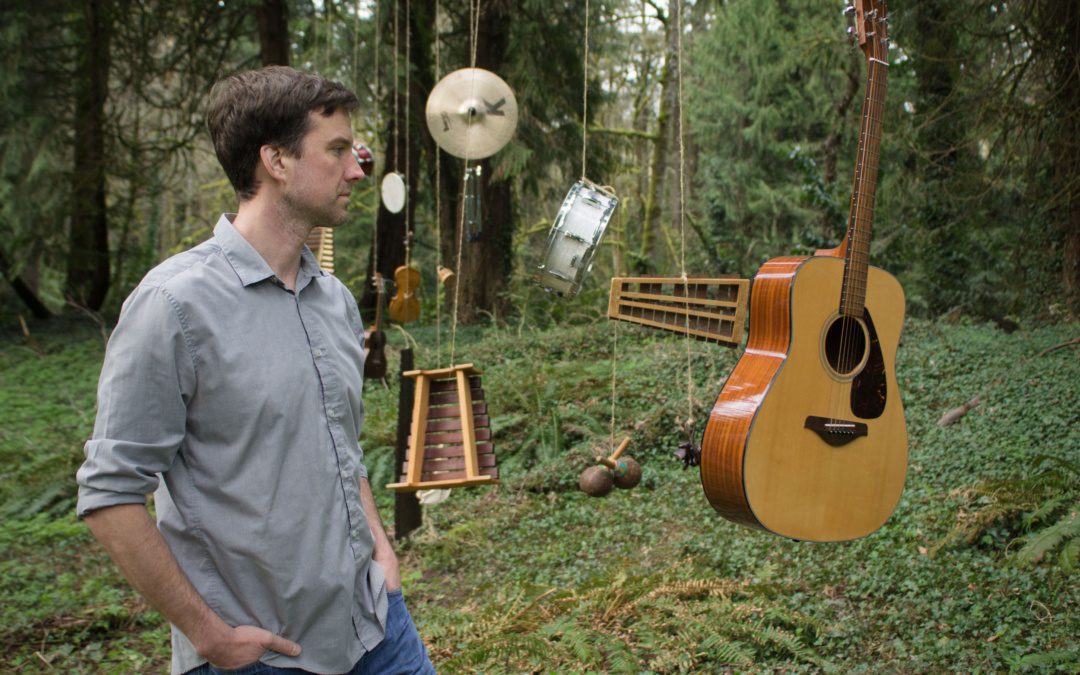 michael charles smith, in the shadow

Portland-based art-folk musician Michael Charles Smith is hitting a high note with the soundscape provided by his often ambient melodies and soft – yet assertive – vocals in his new 12-track release, In The Shadow. Bathed in a raspiness that is both emphatic and ethereal, Smith’s lyrics are apt to tug at the heartstrings of many, as they paint him as a vulnerable, masterful lyricist.

Beginning with the upbeat track “Hello Hello”, the album establishes a true journey for the listener, pace changing with each no track, and mindsets shifting from one end of the spectrum to the other, as he repeats, “I’ll die alone” in third track “Angel, and then softly croons, “I must have fallen in love” immediately following, in fourth track “One Word”.

The variety in the soundscape of In The Shadow makes sense, when the album is put into context. Inspired by his past struggles with addiction, Smith has come to terms with his circumstances, transforming that energy into a beautifully well-rounded body of work that you might never turn off. We’ve got the exclusive streaming premiere below.