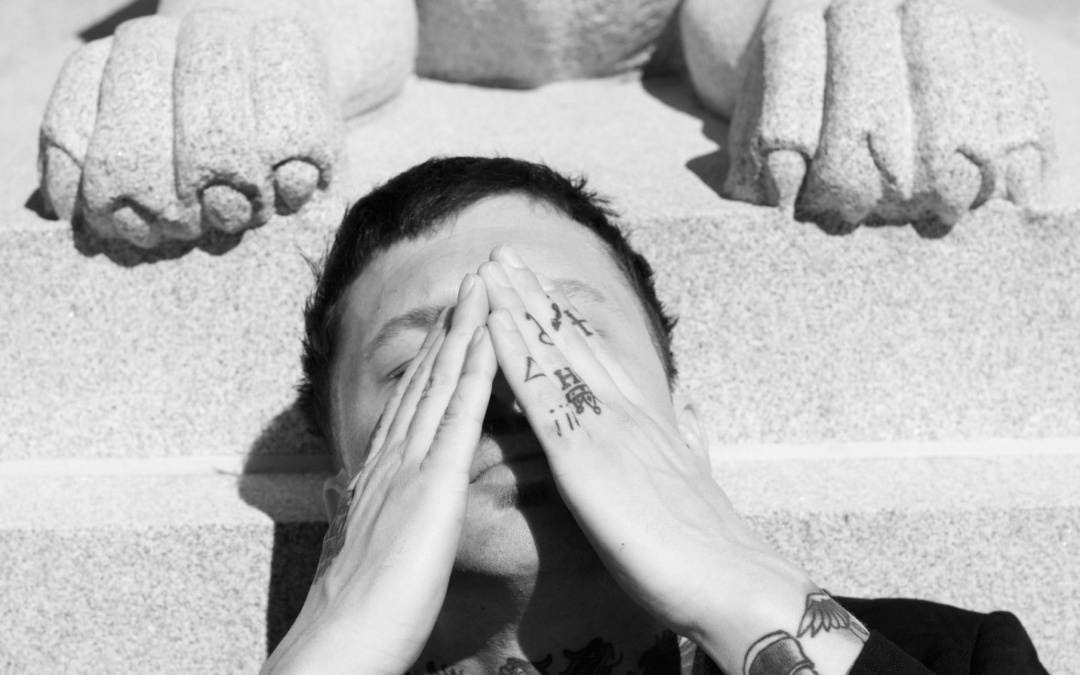 Erik Harris leads electronic project Memory Cult into a stratosphere of sound like any other we’ve played around with for a while. Known for being wildly experimental, his latest release — a full-length titled In Conflict — is just as entrancing and out of left field as ever, and we’re certain today’s release is going to get your mind reeling.

Lead single “Pityful” is purely and electronic lover’s dream, and the perfect way to introduce the album as a whole. It doesn’t hurt that it was released as a single at the end of February, and has been dancing around in our heads for some time. But even the peculiar sounds of that track can’t adequately prepare you for what’s to come in this 9-track experimental stunner. Second track “The Center (Crawl Home)” reaches 50 seconds before soft, high pitched vocals are even introduced. By third track “Undecide”, the dance vibes are laid on so thick that we’ve already definitely decided we’re hanging on to see where this album takes us.

Whereas its predecessor is a bit muddled, fourth track “Estranged” is very obviously inspired by sounds of the 80s and 90s, a clear and gorgeous entanglement of R&B vocals and dissonance. We continue in the same version of ambience with “RE: Rejection”, and continue to climb into more trance-like, morbid sounds with “Apathy”, which is actually more of a rock ballad than anything else.

Once we reach the title track, there is a feeling of wonder and an almost otherworldly layer to the music that brings us into a different headspace. “Devotion” is haunting in its existence, not quite the reassuring jolt we were considering needing after this Matrix-adjacent masterpiece’s release. In fact, once you reach final track “Anorexia”, there is a mentality that you might be trapped in some pretty magnetic music, which has now captivated your senses. If you don’t think of the brainwashing scene in Zoolander during this song, then I wonder where your head started and how to pull yourself out. This song leaves you in a trance itself, however intensely inspired if you open yourself up to it.

And isn’t that what great music is all about?

Keep up with Memory Cult here.