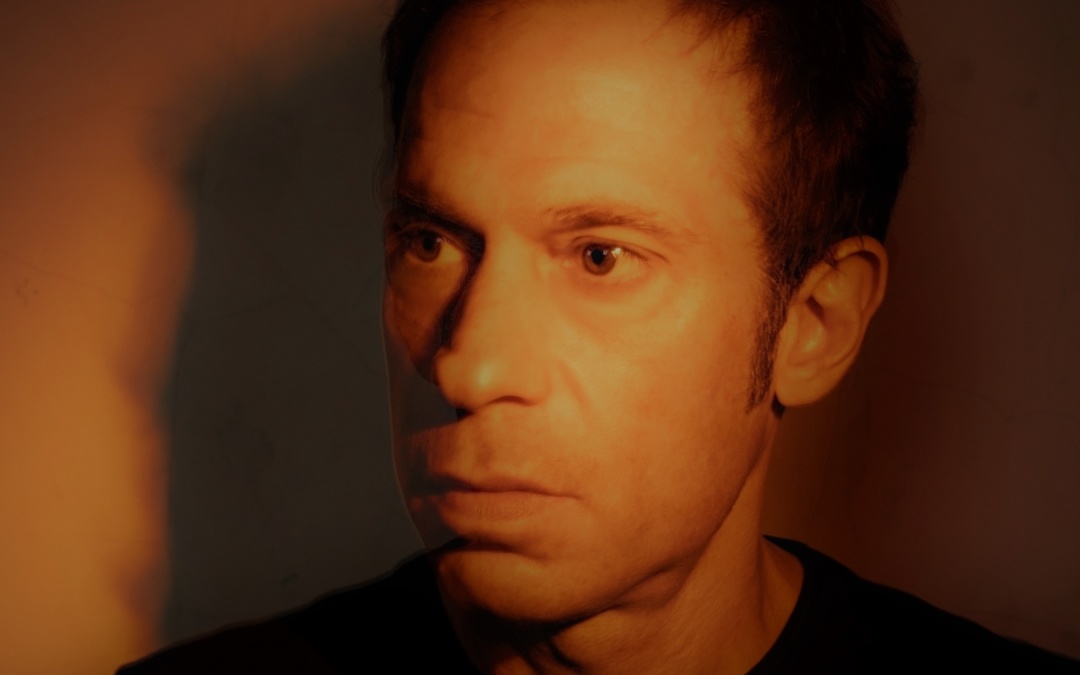 i am casting on lyricism, psychology, and carnival barkers

Cole Guerra has crafted a sound that balances on the edge between progressive rock and pop with latest project I Am Casting, a musical entity we have been captivated by since premiering “Clay” last year. Amidst the release of the project’s debut album, we got a few minutes to sit down and dig in with Guerra on everything music. Check it out below!

There was a time when you were studying and performing, were there any points where the focus of your studies intermingled with your song writing?

That period was well before writing any of the songs on Carnival Barkers. The overlap would have occurred primarily during the writing of an album called Scarves & Knives, which I put out under my own name years ago. I don’t believe that the focus of my studies really made its way into contemporaneous songwriting material, though I can look back and recognize that I was, at times, working some psychological stuff out (about myself) through my lyric writing.

On the other hand, my exposure during grad school and beyond to issues central to clinical psychology and social psychology has pretty clearly influenced my lyrics over the past couple years, while writing the tunes on Carnival Barkers.

Does your background in psychology help when writing lyrics?

In general, I’m sure that the psych background funnels me towards certain subject matter, even if I’m not altogether deliberate or conscious about this, and that it then informs the perspective I have on the chosen subjects. The psych background definitely influenced how I approached the material on Carnival Barkers. It was 2016 when I began working on the album, and from the start of lyric-writing I knew my framework was to write a collection of tunes that would observe, from various angles, something about the psychology of the political moment. Most of the songs offer a take on toxic influencers and/or their impact, both on those who ‘buy in’ to the message and those who do not. For example, I think of ‘Wolf’, ‘Charmer’, and ‘Lullaby’ as Pied Piper-like riffs, thematically. I view ‘Helpless’, ‘Muggers’, and ‘Seams’ as fragments of possible responses by those upended and left feeling powerless in the wake of a malignant carnival barker. ‘Flood’ and ‘Window’ are songs about the political exploitation of fear and prejudice.

Carnival Barkers will soon be released, “Flood” was the first single released from your new album. What is the background behind “Flood”?

‘Flood’ was one of the first songs written for Carnival Barkers – it was penned in mid-2016. During the run-up to the election, I was disgusted, like many, by how often Trump negatively framed non-white and non-European populations and made racial and ethnic distinctions increasingly salient. He was explicitly signalling to his political base that they should care about race and ethnicity differences, and that those outside their racial and ethnic ingroups (here’s the social psychology influence I referenced above) were clear threats. In essence, he seemed to have a strategy of stoking and then exploiting people’s fears about those in outgroups. We’ve seen this play out over the past couple years – in, for example, the alarmism about the “Caravan” or with the just-declared “national emergency”. ‘Flood’ tries to get at aspects of this, as does the song ‘Window’.

The video for “Flood” used footage of historical events that ties into the song, of the footage you used which part sums up “Flood” the most?

The juxtaposition of (a) clips from a 1957 promo piece by Redbook magazine that depicted tranquil white suburbia with (b) clips depicting the aggression and hostility of white women and men towards the Little Rock Nine during that same year.

After Scarves & Knives you kind of disappeared, what were you doing in that time?

At the time of releasing Scarves & Knives, and then touring in support of it, I was ‘on leave’ from my clinical psychology program. I had a decision to make after touring – do I finish the degree or commit full-time to music? I was invested in both possible paths and knew I wanted to wrap up the doctoral degree and keep the door open to becoming a practicing psychologist. I re-engaged in the grad program, which was a pretty immersive thing involving dissertation writing and clinical work, followed by an internship and subsequent ‘post-doc’ experience. After that, I jumped into developing my clinical psychology practice. During that stretch, whenever I tried to write music, it just felt kind of painful – like if I couldn’t do it full-on, why bother? Hard to explain, really. I somehow ended up going years without doing anything music-related. Most of that time, I didn’t even touch a guitar or keyboard. It wasn’t until 2016 that I began writing again.

Is there any overall advantage from working primarily from your home studio?

Yes, absolutely, especially as I’ve come to view tracking itself as an important part of my songwriting process – things are pretty iterative at this point, so I benefit from having the ability to easily go in and adjust, rinse, repeat, etc. I guess I could just call what I end up with a ‘demo’ and then go to a full-fledged studio, but the home studio is sufficient for me to obtain most of what I’m after – there are exceptions, and I did leave the home space to record some stuff.

What element of Carnival Barkers are you most proud of and why?

Probably that it feels like an album. There are thematic threads that connect the tunes, as I was describing earlier, and I think there are musical threads that do the same (arrangement choices, tonally coherent). Hopefully, if a listener takes in the full LP in a single gulp, there is a “whole is greater than the sum of its parts” type impact.

You studied piano as a child, how did this set you up musically for your future musical endeavors?

I’m sure that early exposure to an instrument was one of the things that contributed to a love of music, along with extensive music-listening as a young kid. I’m also pretty sure that playing the piano made it easier to learn and play the guitar, which I picked up just after high school. This is conjecture, but maybe the most significant impact of playing an instrument as a young kid was that it introduced me very early on to the idea that one’s experience with music can be that of an active participant.

What was it about Richard Buckner’s Since that captivated you so much?

Just about everything, really. Chord progressions and melodies that grabbed me immediately and then somehow continued to grow on me after a ridiculous amount of spins. The sound itself – dry vocal upfront, immersive + emotional musical beds. The tunes cohere as an album, and yet there is a great amount of variability in song tempos, tone, structure, and length. I usually don’t weigh lyrical content that greatly in my music preferences, but Buckner’s lyrics on Since are just incredible. And lastly, the tunes seemed so specifically him – I didn’t have a clear sense of ‘influences’.

Since also introduced me to the work of producer and bassist JD Foster, who had produced the LP as well as Bucker’s preceding album, Devotion & Doubt. A few years after the release of Since, I invited JD to a show I was playing in NYC – the conversation with JD after that gig eventually led to the making of Scarves & Knives.

Why did it take a text from Ian Schreier to get you making music again, had you not thought of your music before that point?

There was something motivating about re-engaging with people I’d worked on music with in the past – Ian had mixed Scarves & Knives and been involved in some of the recording as well. Also, quite frankly, it was probably that the messages from Ian over a couple months, along with some other input from musicians I respect a lot, helped to build up some lost confidence. The initial communication from Ian led to a couple meetings at the studio where he typically works, and to me taking a plunge on buying some home recording software/hardware – I’d never had any recording gear previously.

When creating music for Carnival Barkers it was the lyrics that came second, what is your usual creative process of writing?

Lyrics have always come relatively late in the process for me. Frankly, as a listener, the music (the chord progression, the melody, the texture/sound/feel, etc.) speaks to me far more than does any lyric. A bad lyric can put me off, but I’ll listen to a great-sounding tune with middling lyrics. A good lyric is like a bonus of sorts, icing on the cake.

Though I’ve always written music before lyrics, the creative process did change quite a bit for Carnival Barkers. Prior to CB, I’d write the progression + melody + lyric while sitting with a guitar or at the piano, and think about arrangement and texture after the song was, in essence, ‘done’. With CB, the home recording setup and software enabled me to write and record percussion (and other) parts in tandem with the keys or guitar, and the rhythm and ‘texture’ tracks ended up influencing my progressions and melodies to a degree I never would have predicted – I really prefer this newer approach. As I start playing with a vocal melody over a progression I’ve already written and recorded, a lyrical idea or theme will sort of emerge – usually a phrase or two grab me and then I shape the remaining lyric accordingly.

Thank you for giving Imperfect Fifth this interview, is there anything you would like to add?

No, other than thanks for expressing interest in the album!

Keep up with I Am Casting here. 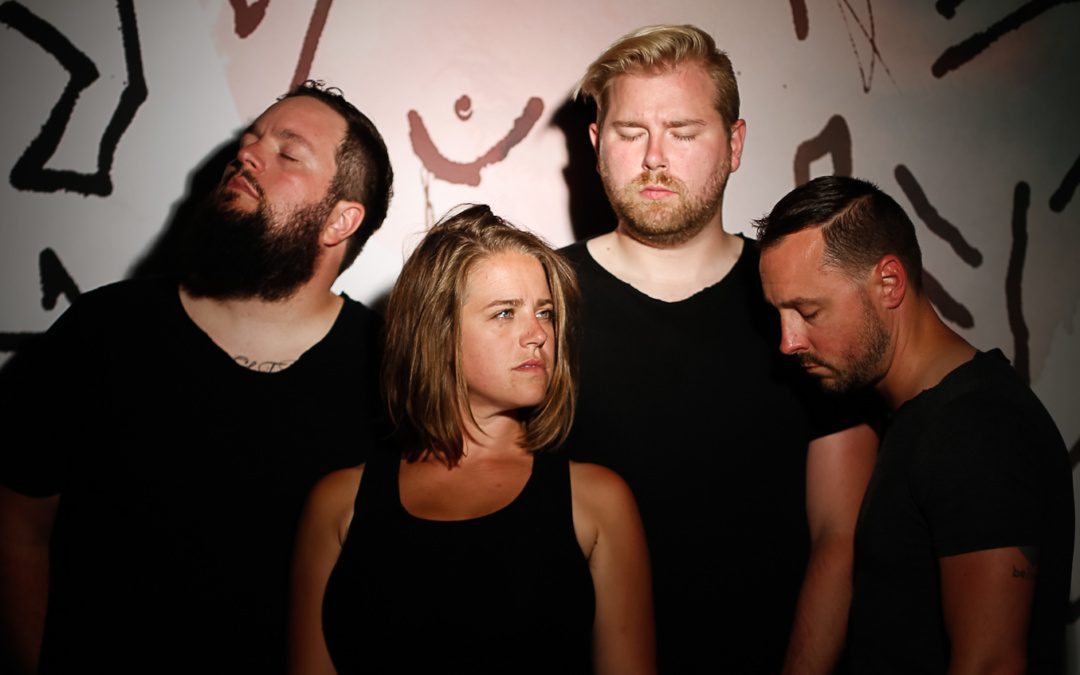 Tellers have just dropped their brand new track, “Walking Blind”, and we’ve got the exclusive premiere. Masterfully layered vocals, guitar, and percussion combine for a song that will give you goosebumps. The Washington-based four piece, composed of Sarah Feinberg, Brad Heyne, Isaac Melum, and Tyler Chism, is gearing up to release their new LP Shook. If the title of their record is any indication, Tellers knows how to blow listeners out of the water, and “Walking Blind” is no exception. The new track evidences the careful composition of Tellers, and their ability to balance lyricism with instrumentation.

I wrote “Walking Blind” about hitting an impasse in a relationship that was worth fighting for. Being faced with the tough reality that it may not work out in the end we were still making the seemingly blind choice to keep going in hopes that we would find our way wavering on the edge of unraveling.

“Walking Blind” takes the listener on an auditory journey that is simultaneously new and familiar, haunting and comforting. It’s not one you’ll want to miss.