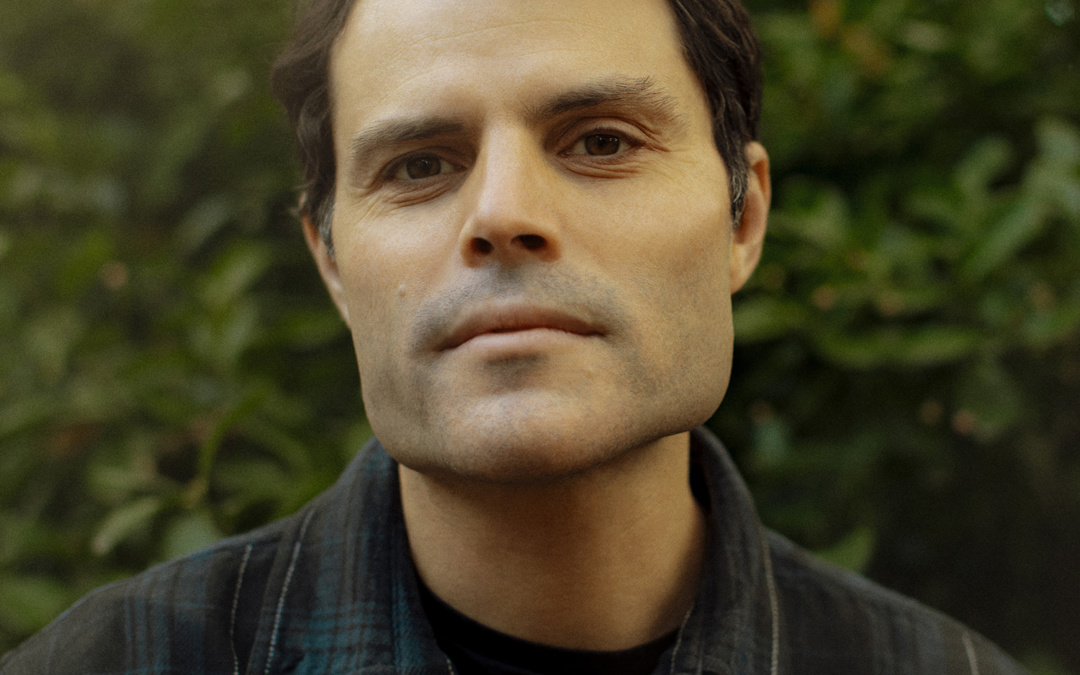 Songwriter and composer Gaby Alter released his latest EP under the moniker Yes Gabriel on Friday, April 19th. His career thus far has included creating music for a variety of placement opportunities, namely Off Broadway musicals, independent films, PBS, NPR, and even Disney. With this new work comes some pretty incredible lyricism, and stunning influence peeks through as well. Read on for more in our interview with Alter.

You have a lot of musical experience, what part of your musical past brings you the fondest memories?

In my late teens and twenties, my friends and I put on a string of rock musicals in a small theatre space under a pizza parlour in Berkeley, California. We would write shows about aliens and zombies and superheroes and perform them while people upstairs ordered pizza and played video games. I got to hear songs I wrote sung by some really talented people, and the audiences–a lot of whom were our parents and friends from high school and their friends–loved the shows. That’s really when I started to write songs more seriously.

Your latest EP was recorded in a friends front rooms, why did you never go into the studio?

Actually it was recorded mostly in my own living room–and full disclosure, I did go to a studio one day to track a string quartet. But to answer the gist of your question, I started out thinking I was making demos that I would later re-record in a studio. At some point, I realized there was an intimacy to the songs which I was capturing with my home recordings, so I felt I didn’t need that extra step. A lot of that came down to what needed to be recorded: most of the songs are built around acoustic guitar and piano parts, which home recording captures pretty well. Drums would have required a studio because they are too complicated to record on your own, but luckily, there were no real drum parts on the album, just loops. Also, recording at home allowed me to avoid making choices under the pressure of time and money.

You had no pre-determined path for the album, it just formed. What does this approach bring to the album in your mind?

Stephen King says not to outline a story ahead of time, but instead to excavate it like a fossil. That way you get something that’s the most truthful and interesting, because you discover the story as you write it. So hopefully my putting one foot in front of the other, rather than having a road mapped out first, helps the listener feel like these songs have an organic cohesion with each other and within themselves.

What elements of musicals lay within your debut EP?

When writing lyrics for a musical, I often use specific details. They make the character singing the lyrics seem like a specific person instead of a generic one. I use those kinds of details in my songs on this album. On “Fall Asleep”, for instance: “Do you still have my shirt/the one with faded letters that didn’t quite fit?/You used to wear it when we went to bed and I’d watch you fall asleep in it.” The listener can picture those specific, visual, intimate details of a relationship, and then hopefully it becomes more real for them.

There are other kinds of story telling I use in the lyrics which I use in musical writing. Like in “Dear To Me”, where the song starts with the beginning of a relationship and ends with what happens afterwards, describing moments and details throughout. It’s a story with a clear beginning, middle and end. Musicals songs often have journeys within them, where a character goes from one place to another emotionally, physically or both. Similarly, these songs trace a journey from falling in love to losing love, often within each song.

That said, these songs don’t sound like my theatre songs musically. The arrangements and mood are quieter, more internal. They’re meant to be listened to on headphones or in your car rather than in a theatre.

There are a lot of details in your lyrics, why put so much details into your lyrics when so many artists keep lyrics simple?

I think I answered that in my last response, so I won’t repeat myself. 🙂

To you why do the elements of folk, electronica and chamber pop work well for you?

The organic sounds of folk and the artificial sounds of electronica sounds go well together because they offer a strong and satisfying contrast. Electronica adds surprise to folk, and can limit the sentimentality or conventionality of a purely acoustic folk sound. I’m drawn to those types of sounds and to artists that combine them–Sufjan Stevens, for instance, is a big influence. And chamber pop – adding orchestral instruments to a pop-style song – is obviously nothing new. The Beach Boys and Beatles did it back in the 60s. I love how much richness orchestral instruments bring to an arrangement. They’re real and alive and have a lot of emotional power.

In your mind what would be the perfect place and time to listen to your new EP?

Driving in the evening when the sky is orange, or late at night. I think the subway, or an airplane would work equally well.

Of all the songs on your debut EP as Yes Gabriel, which song is the most you and why?

I love all my children equally. 🙂 But seriously, this is a hard one to answer. I think they are all very much aspects of me, or who I was when I was wrestling with the things I sing about on the album: longing for someone, trying to understand what love meant when a relationship is over.

What do you feel has been the definitive milestones in your career as Yes Gabriel?

I sent the EP to a friend of mine before it was released, and he literally woke me up at 3 am calling from the west coast to tell me how much he thought it worked. I can’t imagine a better response to the album than that. It let me know that it was really landing emotionally.

What makes Friday a good day to release your EP? Why was April 19th a good time?

I waited too long for certain windows, like late or early in the year, and then I heard March is a bad month to release unless you’re playing SXSW. Also, it’s a dark-hued, internal album, more appropriate to colder weather, so any later in the year and it would seem a little out of place.

Just a small plug for Bandcamp, where you can find my album. They are very fair to artists and support the discovery of new music.

Thanks very much for interviewing me!

Keep up with Yes Gabriel here.