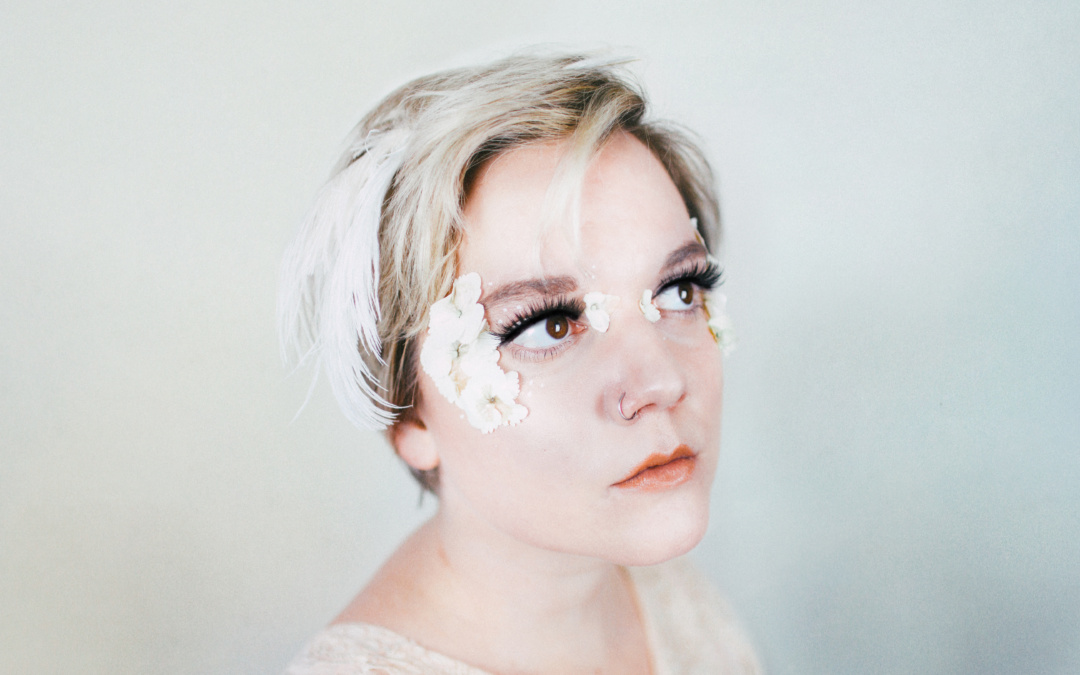 After a major shift in her life, including a divorce and personal upheaval, Lydia Loveless returns with Daughter, her first album in four years via Honey, You’re Gonna Be Late Records. Across 10 songs, she goes beyond her comfort zone to tell her story through heartfelt lyrics. This is a new side to Loveless, but all a part of her journey. With her unmistakable voice and alt-country sound, Daughter is the cathartic release that’s been trapped inside all along. On the album, Loveless explains, “I felt frustrated with myself for going straight from my tumultuous teen years into a marriage so that I could feel safe, and right when I was getting out of the situation, people around me were settling down and having kids. I felt lost and inexperienced, meanwhile the political landscape was turning even bleaker. Many men were coming around to feminism because they had just had a daughter. I’d see billboards on the side of the road imploring people not to hurt women because they were somebody’s daughter or sister or mother. And I was living as an individual for the first time, and don’t have maternal desires. My family was in turmoil so defining myself as a daughter or sister didn’t give me much comfort.”

Starting the album with “Dead Writer”, Loveless wastes no time getting right into the fallout of her divorce. The track is mellow and the lyrics address the end, which previews the vibe for the rest of the album. The singles “Wringer” and “Love Is Not Enough” have already started to gain praise from fans and critics. The singer-songwriter struggles with conflicting desires on “Can’t Think”, continually building until the end of the track. In working on this album, Loveless found unexpected inspiration in learning new techniques and gear and it shows. “Never” can be traced back to her George Michael phase, built on a foundation of synthesizers. The title track can be described as a meditative song where she reckons how her place in the world is defined. “September” is a somber, piano-led arrangement, featuring cellist Nora Barton and guest vocals from her friend Jane Grace. Finally, “Don’t Bother Mountain”, the longest track on the album, is built on drum machines and keys. Her sound is refined and all of the different elements blend together to create a collection that exhibits the true Lydia Loveless.

Lydia Loveless has found a new side of herself and it only is up from here, for both her personal and musical journeys. Daughter was recorded at The Loft in Chicago with Tom Schick (Wilco, Mavis Staples, Norah Jones). She has gained an untapped sense of self that shines throughout the album, unable to hide the emotion behind the lyrics. There always is a light at the end of the tunnel, and Daughter is Loveless’ light. 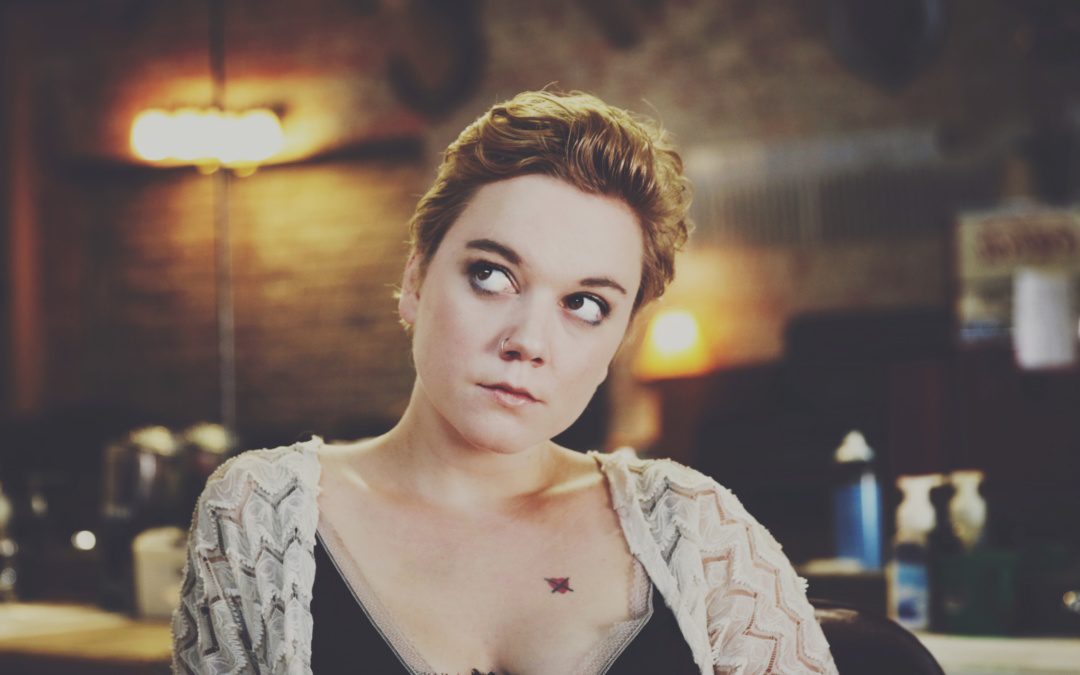 On Friday, October 13th, Columbus-based rock and roll musician Lydia Loveless will be releasing her new album Boy Crazy and Single(s) alongside her band members Todd May, Benjamin Lamb, Jay Gasper, and George Hondroulis. As with her 2010, 2011, 2014, and 2016 releases, Lydia captivates her audience and takes them on a journey with her writing, something that isn’t always a feasible task. Boy Crazy and Single(s) is mostly one-track in its subject matter, and it also exhibits a more folk-influenced facet to Lydia’s writing that we haven’t necessarily seen – or at least noticed – before.

Rough guitar, a solid drum beat, and we’re off. Lydia’s nabbed a country feel for her first track “All I Know”, beginning in a place where she questions how she got to this place in her life, and then leading us through a narrative where she admits she might not know what could happen, but she is very aware that she will see this person – this significant lover or love interest – again. Her intuition leads her right through the first track into “All The Time”, which picks up the pace slightly but has more of a melancholic feel to the lyrics, a more bluesy feel to the song overall. Third track “Lover’s Spat” has a 90’s alternative feel to the instrumentals, carrying at a quick clip that directly contrasts with its follow up, an all-too-relatable track called “Boy Crazy” that builds from a darker place with the instrumentals into one of the more dance-worthy tracks from this release.

“The Water” feels like pure country from the very beginning, waning guitar and soulful vocals dipping you into a suffocating world where you’re being ripped from your significant other repeatedly. “Mile High” brings the pace back up, allowing Loveless to talk/sing the majority of the lyrics in a cheeky way. “Blind” is another heart-wrenching track, Loveless singing to a past lover about letting go and allowing them to wallow in regret. With lyrics like “I’m sick and tired of the mess you made” and “you’ll miss me til the day you die,” “Blind” is the ultimate “fuck you” to the person who didn’t handle your love with the care and appreciation it deserved.

In pretty direct opposition to its predecessor, “Come Over” is a track about the push and pull you feel in the wake of a relationship, when part of you wants to work things out. “Falling Out Of Love”, however, isn’t tip-toeing around the feeling of loss in the relationship. Almost as though she wants to show every facet of heartbreak, Loveless has taken the perspective of being torn up about the relationship, not struggling for one moment with how she feels like she had in “Come Over”. “I Would Die 4 U” further proves the theory that she might want to cover all her bases, because breakups aren’t as clean as many musicians would have you believe. While Joe Blow is over here writing 12 concise tracks about being better alone and Tawny Gift is over here playing the victim, Loveless’ work goes through all of the major emotions and thought patterns that a person can truly go through in this situation, making it exponentially more relatable. Loveless rounds the work out with a beautiful, steady love ballad, more stripped down than the rest of the work.

Luckily, the speed with which music can be produced these days allows many bands and musical acts to blend genres seamlessly. Even so, it’s difficult for a known act to swap to a whole different genre in the midst of their career, and is still looked at as an adrenaline-inducing, often not ideal, move. The fact that Loveless can do something like this on her fifth full-length release – and do so successfully – shows that she isn’t afraid of anything in her art. After all, you never know who will blow you out of “The Water”.

Boy Crazy and Single(s) is out October 13th. Keep up with Lydia Loveless here.