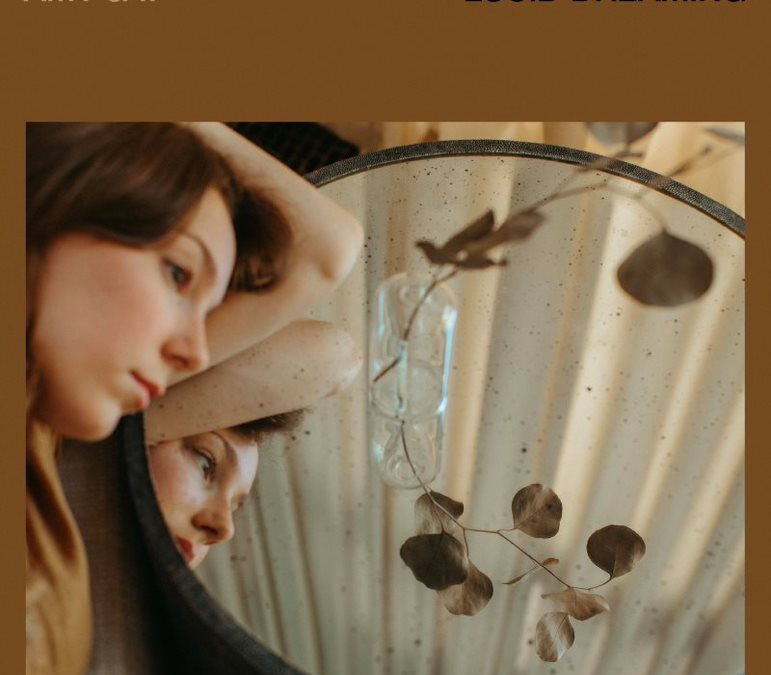 amy jay releases enchanting, nostalgic new earworm “lucid dreaming” that will have you lost in thought on your next commute

Indie folk artist Amy Jay continues to impress, carving out delicate landscapes and memories as her story unfolds in front of us all. 2 EPs and an array of singles in, we have grown quite attached to her sound. Jay’s new track “Lucid Dreaming” gives us a taste of what’s to come with her first full-length release, due out next month.

We’ve not been as impressed with a lyricist in a moment and are absolutely thrilled by the specificity that the end of each breathless line brings with it. Jay’s whisper of a voice seems to trace shadows across our skin, while we fall into the comfort of her sweet melody. Lines like “sunscreen and cigarettes/smells like childhood birthdays” give you just a hint of nostalgia attached to the simplicities of early years and seemingly unimportant memories. Explains Jay of the track:

I somehow ended up in the front subway car on the A express train zooming down Manhattan on my way to work, and was mesmerized by the prisms that were forming out of the double-paned window of the train door. As I was in some sort of hypnotic, half asleep, morning commute state, I also picked up the smells of sunscreen and cigarettes, which was probably someone on their way to the beach. But it brought me straight back to a specific, vivid just-like-yesterday memory of a childhood pool party in Miami Lakes where I grew up. Contrasting that past memory with the current state of my mind asking, ‘Am I really an adult?’ and, ‘What is truth, does it even exist?’ is what brought me to write this song. It was a strange train ride.

Sure, the idea of lucid dreaming is a magical concept; having the ability to be aware and make decisions within your dreams can make it feel like two realities exist. Daydreaming, night dreaming, lucid dreaming… what a comforting and strange thing to consider. (And no, we have never identified with a line more than with “nothing’s making sense, nothing’s making sense.”)

Awake Sleeper is out February 11. Keep up with Amy Jay here.