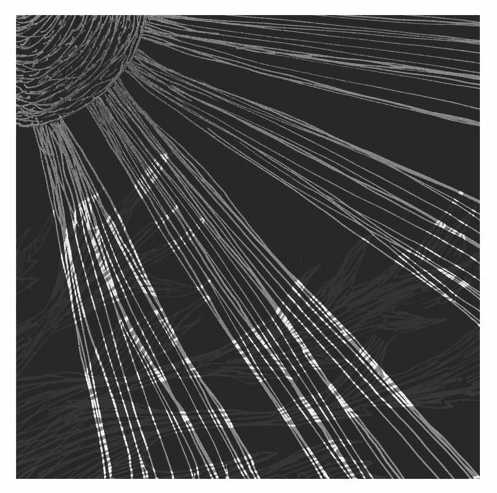 Adding to their growing collection of produced music is up-and-coming indie/alternative rock group Lowpines with their newest single, “Parasite”. This track features dreamy synth sounds as well as hypnotizing vocals that speak truth and honesty. Like their other releases, the members of Lowpines have been able to put together a new single that will resonate with those who listen and is sure to be put on repeat. Check it out!

Amidst the release madness, we got a hot second to catch up with the artist behind it all. Those words can be found below.

Given your success among fans in the UK, do you have any intentions of reaching a bigger market or fan base in other countries?

Absolutely, it’s always fun to be invited to play in other countries, and I’m always looking to do more. I’ve played some wonderful festivals in Europe and Scandinavia and plan to do more later this year. A lot of my listeners are in the USA so we’re planning a first run dates there this summer.

While looking to expand your musical lexicon, do you ever find it difficult to create music that matches the same style palette that you have created in the past.

I think I have the opposite problem – I’m always experimenting with different sounds, styles, instruments, collaborating with different people and producing other people’s music. But as soon as I sing on something it sounds like me. Which is something I always used to find frustrating, but I’m starting to enjoy it. Someone once said to me, whatever it is you don’t like about your voice, exaggerate it – because that’s the thing that makes it you. And I can totally see that now.

Now that you have done a cover of “It’s Not Happening”, will you look to do more covers performed by other artists or is the focus to write music and lyrics that are all your own?

I did that version of ‘It’s Not Happening’ when I was just starting out as Lowpines, and I wanted to see what happened if I did a cover in the style of what I was working on. I did a few songs and only that one sat right. I was pleased with how it came out and I learned a few things about the sound I was going for. I’ve done a few other covers since, and I keep a long list of songs that I want to try. Most of them don’t sit right so I ditch them, but I always learn something from doing it. I covered Judee Sill ‘There’s A Rugged Road’ and it got picked up by the radio in the UK, and is still my most popular song on Soundcloud, so it’s interesting seeing what happens with a cover, even if it’s not an especially well known song.

Where do you see Lowpines in the near and distant future?

The new record ‘In Silver Halides’ is my first full-length with Lowpines so it’s exciting to get it out into the world and see what that does. It’s the first time I’ve taken Lowpines into a studio environment and worked with other people on the recordings. I’ve been very lucky so far that my lo-fi home-record Eps have picked up fans around the world and appeared in TV shows and films, which was beyond any expectation I had when I was recording them. Lowpines has always been a selfish place for me to do my own thing in my own way. I used to do it alongside other bands I was in and now I’m doing it full time. So long as it continues to feel like something I can do well and enjoy I imagine I’ll there’ll always be something I’m working on. Right now I’m just looking ahead to a new EP I’m finishing to follow up on the album.

Where do you find inspiration to write lyrics that have constantly been marked as honest, unique, and deep?

It’s always different places I think. I tend to write lyrics in bursts, sitting down with a million rough voice memos and writing down whatever sounds and half-words I hear in there until I think I have something. I think that way of working kind of taps into your state of mind at the time – perhaps your subconscious makes you hear what you want to hear, or need to hear. So when I start to flesh them out I start to see themes emerge and explore them further. Sometimes I realise I’m getting too close to something I haven’t really dealt with, and that can be unnerving. So I have to finish the song to see if it helps me come to any kind of conclusion. Then I have to decide if it’s any good.

I try to read as much as possible, and whatever I’m reading at the time of writing will probably influence some of the imagery. My last record was full of scenes from Raymond Carver stories as I’d imagined them while I read, but relocated to whatever narrative my song was taking. I’d been re-reading a lot of his short stories on tour so my head was full of these dark, charged situations and beautiful, nuanced imagery. So I’d try and take myself to those places while I wrote.

For this record, I actually wrote most of the lyrics very early in the morning, straight out of bed. I’d be half asleep and my brain still churning over whatever dumb shit I’d been dreaming about and start writing long streams of consciousness. Once I had the music coming together, I mined those streams to find things that fit and went together. Some, like the song ‘Chambers In The Canopy’ came out pretty much fully formed and fit straight into the song. I’ve never been good at setting out to write a song specifically ‘about’ something, I always enjoyed the discovery of figuring out the subject as I write it. So I guess that method leans toward a lot of personal experiences being woven into the words.

If someone listens to my music it’s enough for me that they’re listening. I don’t try and create a certain mood or specific influence, but it’s always interesting, and at times very moving, when people write to me and tell me how a song of mine has helped them in some way, or is of importance to them. Whatever it means to the listener is so much more valuable to me than any intention I had in making it.

If you were to associate a mood with the songs that you have produced thus far, what would it be?

It’s funny, I always played in noisy indie-rock bands. So in my mind I still do. But from the beginning Lowpines was always wilfully quiet and intimate. I tell myself I’m still in a rock band, but it’s the quietest rock band in the world.

So I guess the mood that most people associate with Lowpines would be one of quiet, stillness, calm. For some that seems to be a melancholy, reflective place. For others it’s a just a chill, relaxing music.  Someone wrote to me once that their dog always jumps around to music, but that when Lowpines comes on he just lays down in the middle of the kitchen floor and won’t get up. That sounds perfect to me.

Keep up with Lowpines here.