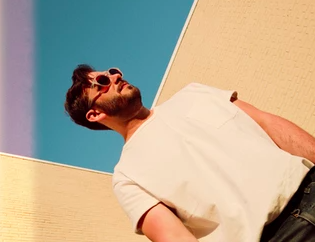 Local Nomad took to our virtual stage for A Night w/ One in a Million Media: Imperfect Fifth’s Anniversary. With minor microphone problems and a lot of passion, the performance is what music is all about. With just a guitar in hand and a microphone, there was a feeling like you were at an intimate, acoustic concert. Watching an artist perform takes you out of the moment and transported to a different world, which is what happened here. If you weren’t a fan of Local Nomad yet, you definitely are now. Starting out with “Love is Gone”, off the EP LOCAL NOMAD, it is easy to tell that Mike Desmond loves what he does. Throughout the set, there is a fire behind his voice that ignites the lyrics and brings the songs to life. He plays three more songs, and talks about his decision not to play a Leonard Cohen song. With the help of his friend James, the set was a real success and gives you that feeling you might be missing from seeing live shows. If you have around 20 minutes and missed the original stream, check out Local Nomad’s performance below. 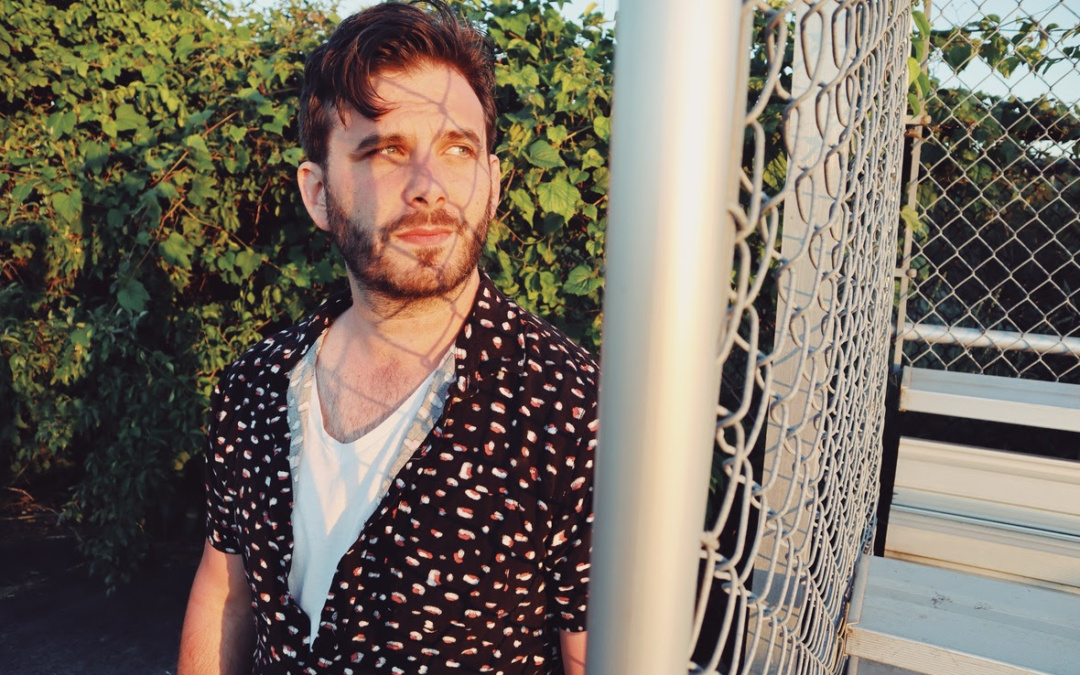 Here to write anthems for future generations, multi-instrumentalist Michael Desmond inspires the people of the world to march to the beat of their own drum with his forthcoming EP Local Nomad. The EP is part of Desmond’s project, also called Local Nomad. He gives insight into the dichotomous name by saying “Local Nomad is the resistance of sedentary life. It’s about seeking the strange and embracing the unknown. Wondering. Wandering. Young and Old. Everywhere and Nowhere.” Desmond plays every instrument on the EP excluding drums. He draws from a variety of sources including Tears for Fears, Elvis Costello, and Phil Collins to produce a fusion of indie-pop and alt-rock with soulful vocals, heavenly synths, and lustrous drum beats. Originally from Long Island, NY, Desmond began his career as the frontman of the orchestral indie rock band Gabriel the Marine. The band found success and performed with bands like Taking Back Sunday, Glassjaw, Mew, Jacks Mannequin, and The Dear Hunter. However, after going through a period of rapid change in which he graduated from college, ended a long term relationship, and watched a family member tragically pass away, Desmond’s mind was racing a mile a minute. The only way he could slow things down was to write, and thus Local Nomad was born as a snapshot of life during this unstable time.

While Local Nomad is worth listening to for Desmond’s expert and fascinating use of instruments to create an array of idiosyncrasies within each track, there are also captivating overarching qualities that will intrigue even those who might want to listen passively.

The anger-fueled opening bop “Love is Gone” and rueful “Young Vampires” are “explosion” songs. “Love is Gone” keeps things chill with an alluringly groovy bassline in the verses, before erupting into sound in the chorus. It’s vocal line is compelling and surprising, you find yourself listening intensely to see what will come next. “Young Vampires” is about a toxic relationship, turning each other into vampires– monsters. It displays wistful guitar in the verses but also has a sonic explosion in the chorus.

“Gates” and “Getting Old is a Bitch” are more self-contained, but each have a quiet, yet powerful energy. The contagious beat in the chorus of “Gates” leaves you no choice but to jam along. All of the instrument parts in “Getting Old is a Bitch” are pertinent to the feeling of getting old. It also has a dominant bass beat and riff that hits you hard, much like growing up does. The “do-do-do”’s in the background almost sound like they’re taunting each of the melancholic main lines. Turmoil and instability in the distorted guitar solo reflects how it feels as the world seems to be moving on without you.

Finally, we have those songs that “clash,” although their conflicting elements end up working to their advantage. “Gates” elevates the sound to a celestial sphere with ethereal synths, but at the same time, the hearty guitar brings things back down, adding a wholesome, down-to-earth quality. A great guitar riff comes in towards the end, but it has that heavy rock sound to it, providing a deep contrast with the synth. The clash in “Summertime”, on the other hand, comes from the happy-go-lucky synth harmonies set against the wistfulness of days gone by in the lyrics. It’s about young adults trying to keep up with life and thinking back on the naivety of their youth. With the beat, sunny harmonies, and fluttering synths, you find yourself thrown back into a summer from years ago, tinged with nostalgia and regret. These tracks are dichotomies, much like the name Local Nomad itself, and the crunch between their conflicting qualities make them ever-so satisfying to listen to.

There’s a lot of potential in Local Nomad to discover more unique elements in the tracks, but no matter what you’re guaranteed to hear some anthems with great beats, full, well-rounded choruses, and colourful instrumentation. The EP will be released on July 10, 2020, but some of the singles are available to stream now! 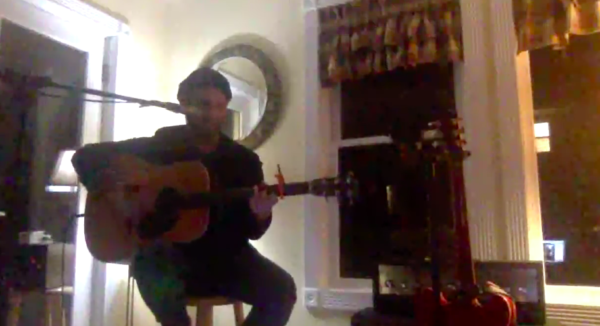 Local Nomad gave us all the feels at Cancelled Plans Music Festival 2020. Not going to lie, it’s been wonderful hosting so many artists on our platform, and we want to continue to do so because of acts like this! Feel free to leave him a tip if you’re as chill as we are after that set.