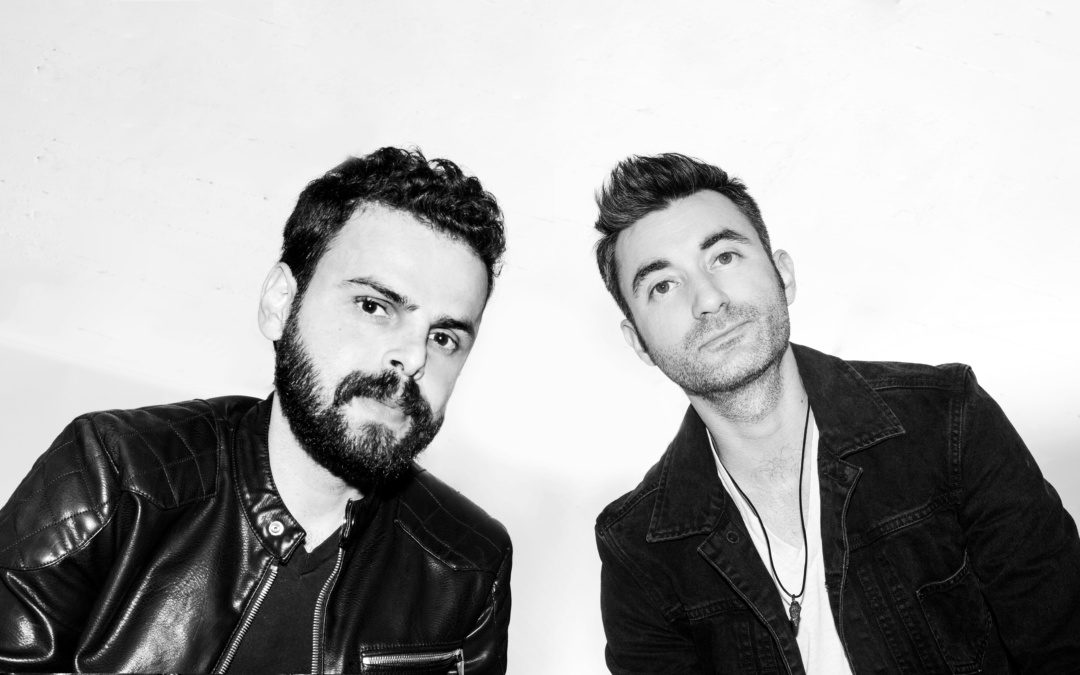 Ships Have Sailed is an alternative pop-rock duo hailing from Los Angeles. Today, they released a new single titled “Let’s Just Dance”. Ships Have Sailed also plans on working on more music as 2018, so this is their year for creativity, a fact we found out when we got a chance to speak with them briefly. So check out the new track below, and read on for a little Q&A fun!

After releasing your new single “Let’s Just Dance” what are your next plans music-wise?

2018 is going to be a year of creativity! We’ve spent the last couple years pretty much out on the road, and so this year we’re going to be writing a lot and working in the studio…while we don’t have specific plans on whether that will result in an EP, an Album or more Singles, we do know we’re ready to make some more music.

How has your music evolved since your first EP Someday?

Well I think everything is an evolution, that’s just how life, experiences and time work together, so definitely our music has seen evolution.  I would say we’ve become more attuned to our sound and creativity, and definitely my production chops get better and better every year, so while ‘Someday’ is near and dear to my heart, I would say it’s a little rough around the edges…which is great – it gives it its own character, but these days I’m much better at accomplishing exactly what I want sound-wise.  With that said, I don’t like to hold us back creatively, so definitely we’re excited to continue to evolve as we continue to create!

Your new single “Let’s Just Dance” digs a little deeper when it comes to exploring human emotions. What do you think causes people to act upon their emotions rather than instincts?

That’s an interesting question…honestly I don’t think emotions and instincts are entirely separate from each other…just kinda different flavors of the same inner mechanism.  But as far as leaning towards emotions or instincts, I think emotions often take the reigns because you can actually feel them, whereas instincts can be a bit more subtle, so you really have to pay attention to them.

Why do you think often times as humans we want more than what we already have?

This is something I ponder almost constantly!  The honest truth is that I couldn’t dream of knowing the answer to why, but I often wonder if it started out as kind of a survival mechanism back in the very early stages of humanity.  Think about it…we were not the top of the food chain, we didn’t have fire, tools, art, language, and over the course of time we developed all of those things…why?  I think the progression of civilization (both the good and bad aspects) and technology can stem back to this gut feeling of wanting something ‘better’ …call it motivation or curiosity…regardless of whether this is really how or why this feeling originated, it’s a pretty fascinating topic to think about!

What was the influence behind “Let’s Just Dance” and what inspired it?

Well the idea itself just popped into my head at 2am one night and wouldn’t leave me alone until I sketched it out…it was just the main part of the chorus that kept repeating itself and wouldn’t quit, so I sketched it out really quick so I could get some peace and went to bed.  The next day, I listened back and thought it was really good…but I didn’t want it just to be a shallow vapid love song, so I thought I would tie in the “Let’s just dance all night” theme into this fascinating topic of always wanting more that you asked about in your previous question.  Through several collaborations including with co-writer Robert Gillies, co-producer Wally Gagel and the extremely talented team (Talkboy TV) who helped create the music video, these themes really developed themselves thoroughly, and the music morphed from something that started out to be a very circular, repetitive idea, to something that goes to all sorts of different places, sometimes unexpectedly…it was really amazing to watch it all come together!

How is “Let’s Just Dance” different from previous songs that you have released?

So, every song is different, but specifically I wanted this one to maintain the indie pop vibe that we’ve become known for, but to add a little edginess and also a bit of a classic vibe as well.  People have compared the production to Walk the Moon (who I love, so that’s a huge compliment) but if you listen, you’ll hear a lot of classic influences in there as well…they’re just nicely blended, so I feel like there’s a little more depth to this track than some of our other singles.

What message do you hope people get from “Let’s Just Dance”?

Live your life…be happy, don’t be afraid to stay up a little too late, or have that extra glass of wine.  Laugh with the people you love and enjoy every moment…I feel like we’re all distracted by the past and the future, regrets and anxiety and we generally don’t spend enough time in the present.  It’s definitely something I personally try to do a little better at each day, month, year…and so, yeah, I think that’s the message behind this one.  We’re human, imperfect, and beautiful…we were made to enjoy life moment by moment.

Keep up with Ships Have Sailed here.