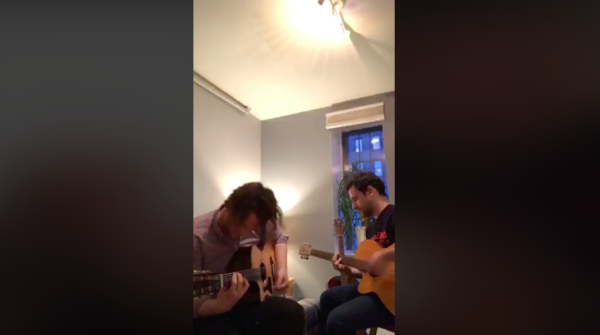 2/3 of the trio Language showed up for Cancelled Plans Music Festival to hang with us in our homes. Check out their fun performance below! 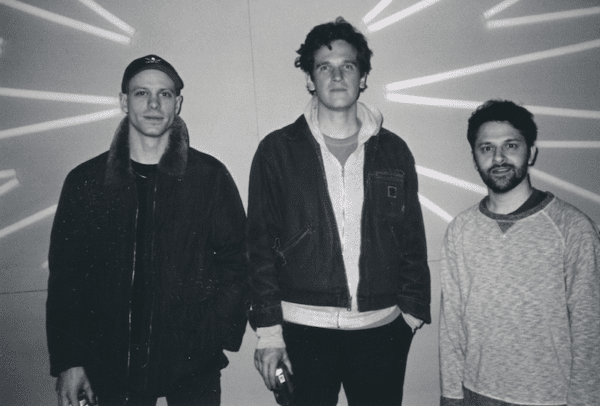 The Brooklyn based rock band Language, just released their latest EP Plymouth via Good Eye Records.  The rock band consists of Omar Afzaal (guitar), Charles Sloan (bass) and Wes Black (drums).  After self-released EP’s, Plymouth is the product of their signing with Good Eye Records.  Plymouth has five tracks, including the title track “Plymouth.”  The album encompasses all things rock and kicks off with the track “Where To.”  With no vocals and only lasting at 1:21, “Where To,” holds up to its name.  It really serves as an introduction to the band’s sound which include notes of bass, guitar, and a steady drums.  “Game Piece” shows off the band’s vocal talents, far-reaching as they are.  The band’s vocals remain gritty and angsty with true rock feel.  “Fingers small, in a father’s hands,” Language sings on “Game Piece.”  The song has a punk-rock feel and definitely is something to jam out to.

“Plymouth” remains creepy at first, with a distant sound of buildup to the drop of the beat.  The song soon changes pace halfway with calming vocals– “Landed on a new rock, kinda like the old one.”  I believe that the “rock” is in reference to Language’s new album, their signing with Good Eye Records, and coming full circle as a band and artists.  Plymouth remains the band’s “new rock.”

Keep up with Language here. 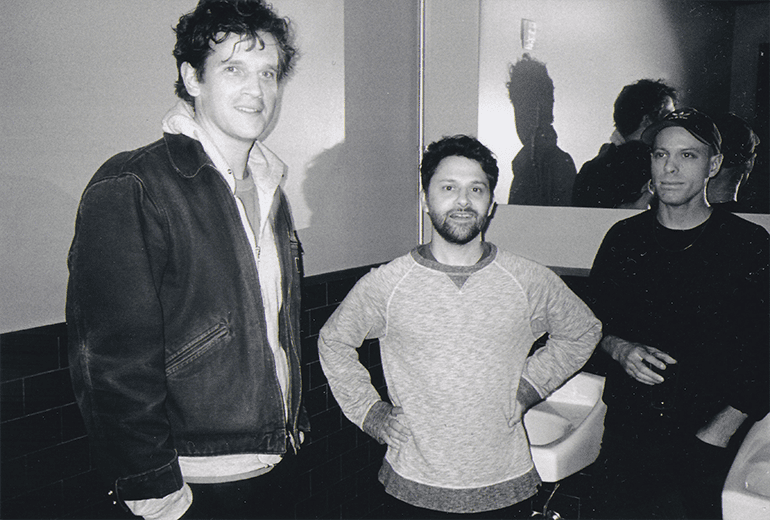 Rockin’ and rollin’, Language is back at it with a brand new single titled “Game Piece”. Language is made up of guitarist/vocalist Omar Afzaal, bassist/vocalist Charles Sloan and drummer Wes Black. The Brooklyn-based trio has self-released two EPs, and will drop their first EP Plymouth on May 18th via Good Eye Records. Their new single “Game Piece” will appear on Plymouth, and offers a first glance into the upcoming EP. Thoroughly fun and unapologetic, “Game Piece” includes a killer guitar solo and great vocals. It is evident through the instrumentation of the track that Language knows how to make every aspect of a song work together.

I started with of a couple ideas: a middle school project where I had to decide what I would take with me on a spaceship to a new world, and the story of Aeneas, one of the mythical founders of Rome, who took his father, statues of his gods, and his son and lead them out of a burning Troy. It’s all reduced to a few shouted phrases, which is where the desperation and irrationality enter.

“Game Piece” is a must-listen, so check it out today!