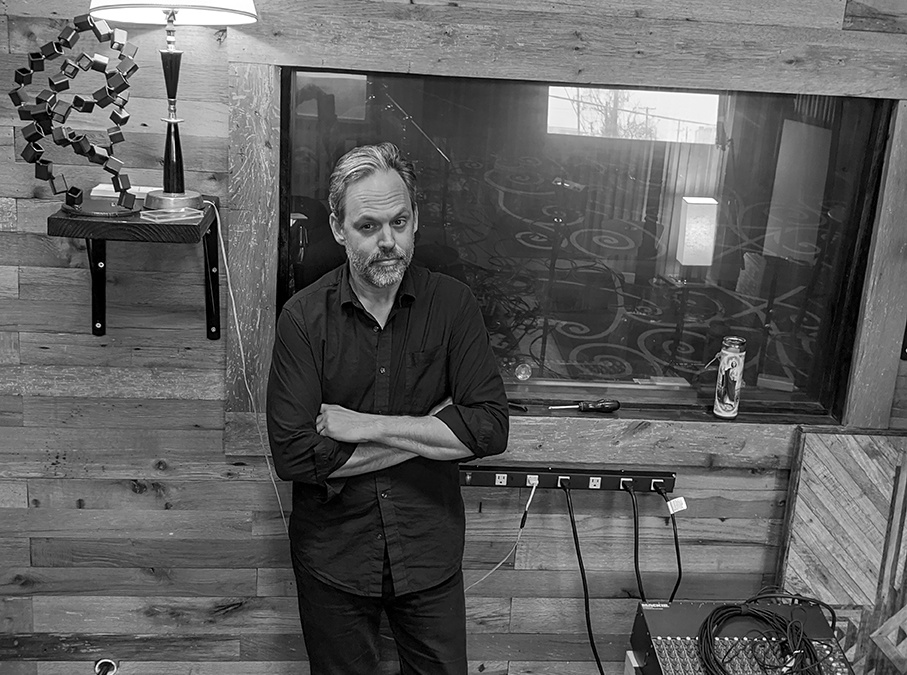 les nuby, “know what she said”

As a player and producer, Les Nuby is no stranger to the music world. The virtuoso began in Birmingham, Alabama as the drummer for indie-rock band Verbena but never settled, exploring as many opportunities as he could. Notable endeavours include touring with the esteemed Scottish band Idlewild, as well as playing guitar for Amy Ray of the Indigo Girls and the band Vulture Whale. A marvel behind the scenes as well, Nuby has produced releases for artists such as Will Stewart, Sarah Lee Langford, The Dirty Clergy, and Witch’s Wall. Alongside being the current guitarist and vocalist for Holiday Gunfire, he is finally adding a solo album to his repertoire. Clouded will be released on July 10th, 2020.

“Know What She Said” will be the first single, and it lets you in on the secret of what to expect from this long-anticipated album. The song is quite melodic and emanates exciting but controlled energy, meanwhile the surrounding music is made up of skilled instrument playing. A particularly bouncy bass part especially stands out and would be worth keeping an ear out for. In fact, you could listen to this song over and over again and rediscover it each time as you listen to the intricacies of each instrument. The vocals and overall atmosphere of the single is reminiscent of 80s era R.E.M., but the melody points more towards early 90s power pop, and the two blend together wonderfully.

The video is a captivating, artsy black and white live visual that allows you a brief glimpse into Les Nuby’s live performance. It’s enough to make you yearn for pre-Covid days.

You can look forward to these well-executed aspects in Clouded as well. In a culmination of his musical resume, Les Nuby produced, engineered, and played all the instruments on the album, and that care and experience is certainly heard in “Know What She Said.”

Be sure to check out Nuby’s earlier release “Never Falling Away” here.