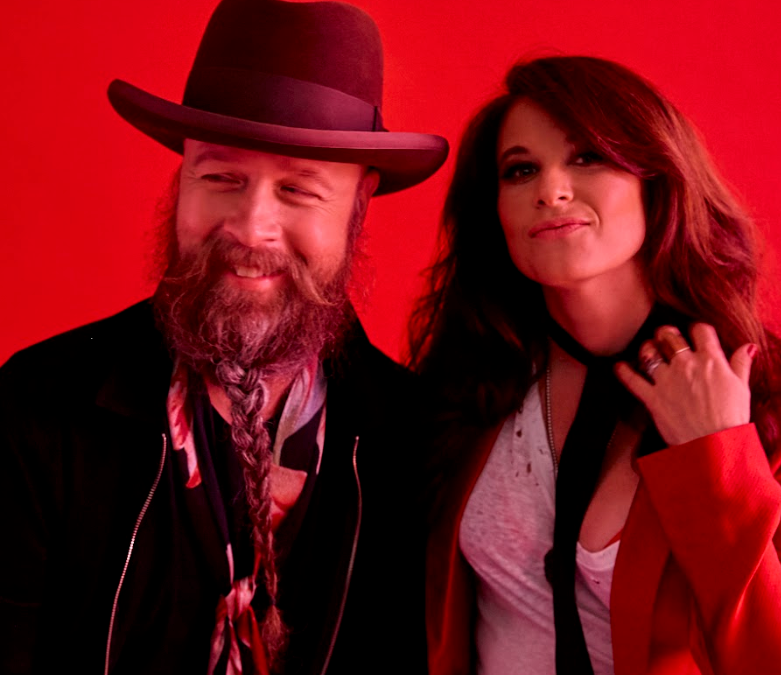 Husband and wife duo The Grahams delve into new territory for their third album, Kids Like Us, trading traditional Americana for neon-colored indie-rock experimentation.

“Fuck the genre labels people want to put on us. We never felt they fit us anyway.” These are the bold words of Alyssa Graham, who makes up ½ of the duo, the other half completed by her long-time romantic, life, and musical partner Doug Graham. Every release the two have had began with an adventure that expanded their musical horizons, and their third effort is no exception. “Perhaps we started writing this album with a sense of escapism,” says Alyssa. And that escapism is palpable within the record, with the two managing to actually capture that taste and inject it into their music.

Running the rivers of balmy and graceful dream pop, 50’s mod influenced garage-rock energy, 60’s and 70’s style groovy guitars, and an explosive Morricone-esque cinematic intrigue, the couple bravely explores new sounds, proving their versatility and personal creative freedom runs deep. “We wanted to just let go and explore, and it made all the difference,” says Doug Graham. “For the first time, there was no self-doubt, no self-loathing – just gratitude, bliss, and a complete sense of satisfaction in the process and the results.”

The Grahams took off on a motorcycle journey along Route 66 to garner inspiration, witnessing life frozen in time along the historic highway. The music that resulted contained moments of fantasy, horror, and even the supernatural, beguiling their experience into the album.

Kids Like Us was the final project of Richard Swift, producer and former member of The Shins before his death in 2018 and was then taken over by co-producer Dan Molad. Their influence helped to enable The Grahams to channel all of their chaotic stimulus into something big, lush, ambitious, and profoundly satisfying.

The album’s 11 tracks were born from motel-room whispers and roadside musings as well as studio experimentation. “We started in Chicago with the blues and Motown,” Doug says of their journey, “and we ended in L.A. listening to the Beach Boys. And all of it found its way into the record.”

“Don’t Give Your Heart Away” perfectly captures the feeling of cross-country cruising along a desolate highway. A twangy and peaceful pop number that both soothes and quietly thunders, it fills in a broad soundscape of wide open spaces with its chilling echoes. Alyssa glides over the dreamy notes in a quiet storm of hypnosis while the instrumentation behind her pulls listeners in with a siren call of the desert.

“Kids Like Us” is more concentrated. The number is painted with darker colors, echoing across a nighttime scene with brassy sounds and a heightened intensity brought to the table. There is urgency within the Grahams as they take a modernized Antonioni feel in new directions for this one.

“Searching The Milky Way” draws heavy influence from the 50s, with shiny keys and sickly sweet “shalalas” moon-lighting the way through the track, which drips starlight that tastes of a million years ago. It feels both cool-toned and warm and fuzzy, and is sure to transport listeners to another place in time.

The record was also influenced inevitably by the surreal 2016 election, with Kids Like Us evokes the modern American condition in remarkably empathetic ways. “We’ve definitely written a very political record,” Doug says. “These aren’t protest songs, but some of them are certainly a reaction to the big pile of shit America has stepped in, and our personal fear for the future”.

This melting pot of influences manages to blend together to make a deliciously flexible and versatile album. It never feels stagnant or stuck in one place, and pulls a lot of unexpectedly beautiful feelings from places both light and dark to create a shimmering piece of work. Freedom bleeds onto every track and colors each one in a different light within the same shadows, leaving behind a record that manages to be both eclectic and cohesive.

Kids Like Us is available everywhere on March 27th. Keep up with The Grahams here.