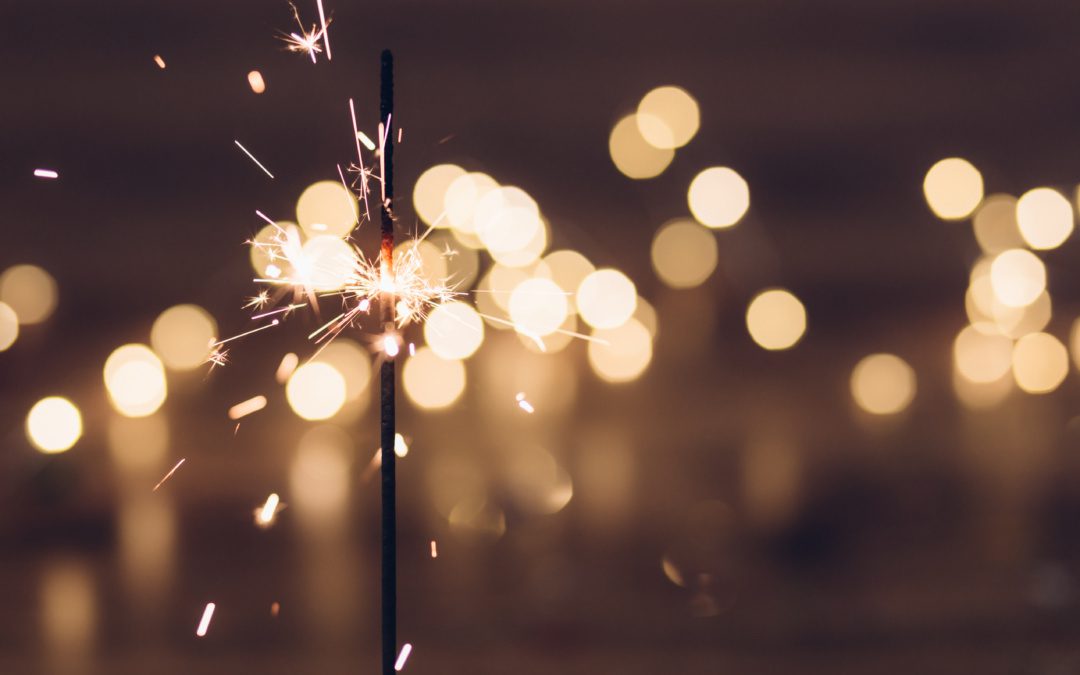 …But, I did take a look afterwards, and a lot of these made OTHER top lists, so there! If you haven’t heard some of these, add them to a NYE playlist or sit at home and listen to them! They run the gamut when it comes to type, style, moods to listen in…heck, I even suggest wine with a whole album (whether that is 1 glass or 3 bottles…that is up to you)! Regardless, have a Happy New Year, and keep supporting music that means something as we move into 2018!

This was a close second to my most anticipated album of the year. This album tells a story, so for the best effect, listen to all the songs in order in one sitting! The way that Kendrick’s voice flows so naturally, it’s like it’s a narration to a deeper story, and this album is just the tip of the iceberg.

I was waiting for this one. For a VERY long time. And it just doesn’t disappoint. As P!NK has grown and changed over the years, you can very much hear that she is the same person that showed up – seemingly out of nowhere – back in 1997. Her power vocals remain the same, as does her knack for storytelling, but the stories change. This time around she tackles relationship woes, family life, and all those thoughts going on in her head – an open book, singing about all we wish to say. And I just want more!

Favorites:
Better Life – Hands down my favorite. Because, who doesn’t sometimes wonder if their significant other may want something different? And, somehow, she makes it catchy and thrilling!
I Am Here – A declaration that she is here, her voice is important, and she is not backing down for anything. A little nudge at permission for the rest of us to never let anyone silence us.
Wild Hearts Can’t Be Broken – For those who might be a little overwhelmed or downtrodden, especially in our current political climate. Here is our rallying cry.

Somehow, this slipped my radar when it released back in September, and I didn’t give it a listen until late November. Now, all I can think is: WHY DID IT TAKE ME SO LONG? I am not, historically, a Cyrus fan, but she is finally coming into her own with a mix of country and pop that is not slippery sweet, but somehow raw and dreamy. And I wish there weren’t so few tracks!

Favorites:
Rainbowland – This one features Dolly Parton, and it DEFINITELY sounds like a more traditional Parton song…but it is positive and upbeat and makes you want to sleep forever and live in a damn Rainbowland – or maybe even try to make one of your own in real life!
Miss You So Much – This one is a bit on the stalker side, just without dark and creepy undertones. And it’s totally how I feel about my husband. I will just leave it at that.
Younger Now – The past handful of years of Cyrus’ life in a nutshell. She’s gone through a lot of changes and phases, and somehow has come out the other end feeling younger than she was then. I really resonate with it – maybe you can, too!

Harry Styles’ self-titled solo debut was my album of Summer 2017. Nothing I EVER thought I would say. Ever. There are no outright pop songs. Instead, Styles has chosen 10 tracks with melodies and instrumentation – even recording style – that calls back to Brit rockers of the1960s (think: Beatles, Rolling Stones). I know that may seem like high praise, but give it a listen. You will hear it. It’s not just the sound that has me turning this sucker up on an afternoon walk, evening drive, or even while I make breakfast in the morning, but lyrics that are a mix of fun, soulful, and a bit angsty.

Favorite:
Two Ghosts – This one is all about a love gone cold. How everything is the same as it always has been, but the passion and feelings that once were there have left the building. It’s something in between a break up and a love song, and it is heart-shattering.

Her. Voice. Is. HOLYSHIT. So soulful. So smooth, so powerful, so seemingly effortless. I truly have no other words. Give her album a listen. Especially her newest release, “Dream”.

Sam Smith – The Thrill of It All

I truly didn’t think that so much more emotion could come out of one person into an album, but with his sophomore album, I can FEEL more sadness as he sings. And, it doesn’t make me sad. It just makes me FEEL.

Favorite:
All I can say is that you need to grab a bottle (or two) of cabernet, draw a bath, and listen to the whole damn thing.

Does anyone remember Katy Perry’s recent album? Well, this did everything that Perry intended, and THEN some! Lana’s sultry voice lends itself to a story of awakening in our country’s current state, and somehow surviving it all – like every generation before us. These aren’t idyllic pop songs, but songs that make you feel a part of a bigger whole. And, with just a year and a half between her last release and this one, you KNOW it was spurred by current events.

Favorites:
God Bless America – And All The Beautiful Women In It – Hauntingly gorgeous.
When The World Was At War We Kept Dancing – MESSAGE: Don’t stop living when our country seems to be falling apart around you. Hopeful without being too idealistic.

In his debut album, Khalid let’s us know that he is fully aware of how disconnected and digital the life of an American teen has become. He doesn’t embrace it like – seemingly – every other young person. He rips it apart as he flows through each track. Though, I am sure many teenagers have held tight to this album as their anthem, it is a great one to give a listen no matter what you are doing if you want smooth vocals and music you can dance or relax to.

It’s been awhile since we had a new Kesha album…and, to be honest, I was OK with that. Her previous music was NOT my jam. It should have been my college party soundtrack – and, trust me, I LOVE glitter – but I just couldn’t get behind Kesha. Now, I can. And it’s not just knowing her full story and struggles and the WHY behind it all. It’s also not just my feminist tendencies to support women who are into creating great things. Kesha is finally using her voice. Never have I been so happy when autotune is taken out of the equation. She can REALLY sing, and sing she does! Her album is a rallying cry for everyone who has felt like any part of their lives is a struggle. Every single song involves messages of independence and empowerment, whether they are set to ballads or party beats.

Favorite:
Bastards – …and this is just the FIRST song! Once you hear it, you will understand why the rest of the album is necessary listening!

This is NOT what I was expecting from Tyler. But, why should I expect the same from someone who has always done what he wants, and sounds good doing it? This is a much more mellow album from one of my favorites, and it brings some heavy and big messages along with it. Also: please, if you choose to listen to this, appreciate the instrumentals as well! YESSSSS

Favorites:
Where this Flower Blooms – Ever feel different from everyone else? Or, confused because you don’t want to be “normal”? This song gives EVERYONE permission to do whatever the hell they want, no matter their age. Give it a listen…
Glitter – I love glitter. And this refers to someone feeling like glitter when they are around the person they love. Ka-ching!

Every single Ed Sheeran album that comes out has about 5 years worth of “first dance” wedding songs on them. This one is no different…and this time he calls on his current romantic relationship as his muse! And, I like romantic songs as much as the next person – who isn’t currently going through a breakup – but those weren’t my favorites on the album! Watch the videos for the songs below and really listen to the lyrics…and dance along for the best experience!

Favorites:
Shape of You – I don’t care what I am doing, I drop EVERYTHING and groove to this one!
Castle on the Hill – Somehow he has made a freeing song that makes you feel like you are running across the hilltops of Ireland out of pure nostalgia. Mmmmm
Galway Girl – modern Irish jig based on his grandparents’ relationship. What more could you ask for?

All I can really say about this one is: FINALLY. She says all the things you are thinkin’, girl, and puts some amazing music to it, too! You can FEEL the emotion in this one!

Favorite:
The Weekend – Ready to feel like the sexiest person in the room? Give this track a listen NOW!

At first, I thought this one was a cop out. Beyonce releases Lemonade, so Jay-Z feels the need to respond, right? But, then I thought, “Oh, wait, he needed to release something new.” And he does. And it’s personal and raw and real and a near masterpiece!

Favorite: Just listen to the whole thing. It only takes up 35 minutes of your time, and I don’t think any one song is as good as all of them together. Also: watch the videos if you can! Bey really challenged him to step up his game in the visual department, and it is paying off in dividends for fans!

Can I just take a moment to declare that 2017 has been FIRE for MOVEMENT? And, this album is a movement in itself to eradicate oppression and seek social justice for all. All delivered in a VERY listenable package with beats that would make your grandma shake it!

Favorites:
Call Ticketron – I don’t need to explain it. Trust and give it a try!
Thieves! (Screamed the Ghost) – In response to recent riots. Yet, not fuel for the fire, but definitely a soundtrack for the movement. There is a flow to it unlike any other

Can you believe it’s been 25 years since the brother band, “Hanson”, decided they should form a band? To celebrate, they released an album with some new tracks, as well as oldies-but-goodies.

Favorites:
I Was Born – Here we have one of the new tracks. It’s a great, poppy, inspirational song written for the band’s kids. And the stars of the video? Their kids!
Broken Angel – Not a new one. But SO happy it’s getting a little spotlight being featured on this album! It features the youngest, Zac, on vocals. And his voice is so smooth and soulful, you will wonder if you are actually listening to the same band!

This sucker opened to mixed reviews. But, I loved it from the first time I heard it through live, and it has since become a very nostalgia and dance-filled experience for me. Sounds from decades before and inspired by many musicians – including Springsteen – I can’t help but feel Jack Antonoff’s reaching for the stars and sharing the span of his life in music on one album, with the album title referring to past him being gone now. Feel it with me, and take a listen!

Favorite:
Everybody Lost Somebody – It is the early 90s anthem for us NOW. Bringing humans together around the idea that everyone has felt pain, and everybody has lost somebody. Doesn’t hurt that you can also dance to it!

The best EP that most people haven’t heard made my list because, well, they are BADASS. The lead vocalist, Chelsea Davis, adds power to the words while also somehow drumming simultaneously. Seeing them live is a necessity, so that you can feel it while listening to the EP.

Favorite:
I Got a Fever – Sensual power and soul wrapped into one song.