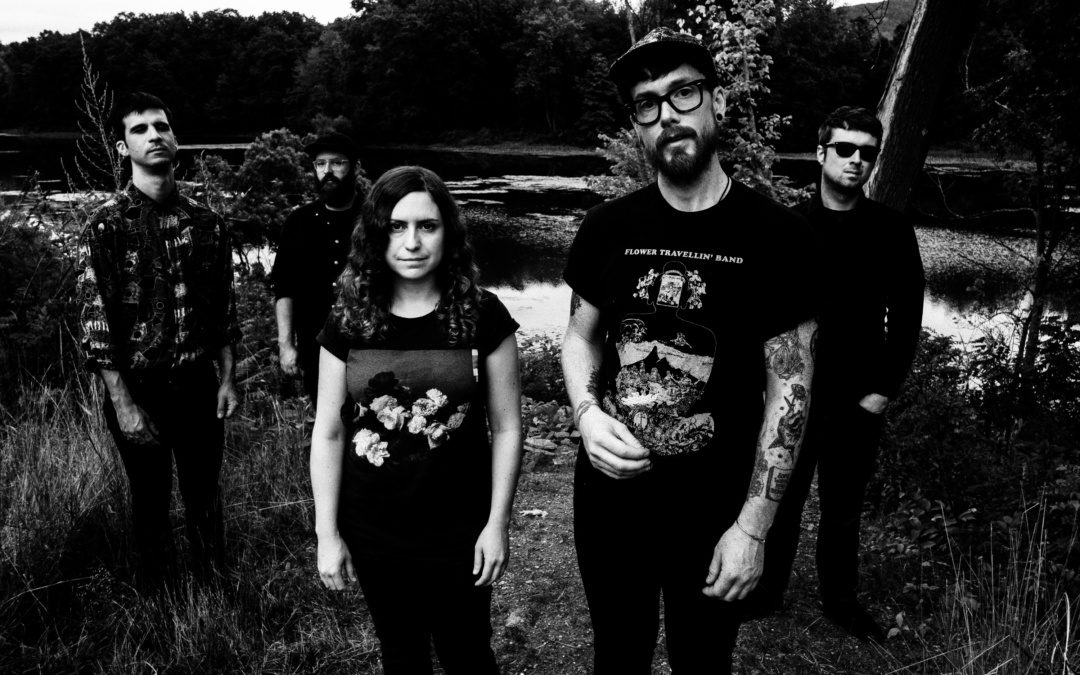 kindling talk big sound in hush, telling off your boss

Just last month, Massachusetts-based indie pop/punk rock four piece Kindling released a particularly impressive and instrumentally heavy 10-track album titled Hush. Though the intro to a lot of the tracks starts in a different soundscape, eventually the meat of most of the songs hits with multiple guitars that create an almost cacophonous ambiance around the chorus of vocals. It’s quite the experience, and while we certainly suggest showing off your dance moves while enjoying the album, we also kind of hope you have access to a starry night sky, dope lawn chairs, and string lights to enjoy “Rain”.

We got the chance to catch up with vocalists/guitarists Stephen Pierce and Gretchen Williams shortly after the release of Hush.

What was the first album or song you remember ever listening to, and who introduced it to you?
Stephen Pierce: I don’t know exactly the record, but my parents were always listening to a lot of British Invasion stuff — Yardbirds, The Animals, The Kinks.. My dad liked the Stones and my mom liked The Beatles. There’s in particular this one tape my dad had of The Yardbirds’ BBC sessions that is seared into my consciousness, right down to the hammy BBC announcer’s voice.
Gretchen Williams: When I was about seven or so, I had a camp counselor that had my troop perform the Shangri-Las‘ “Leader of the Pack” in a talent show. Naturally, I was assigned to be part of the motorcycle gang and made a construction paper leather jacket to wear. I really loved the sound and doomed-love-story subject matter as a kid, and played my cassette of the recording a lot at home.

What is the Kindling origin story?

Gretchen: In the winter of 2014, Stephen and I formed Kindling after he asked me to contribute to a few songs he’d written. Initially, we didn’t really have a sense of where we might be headed; we just wanted to write a bunch of catchy songs quickly. Our demo was just the two of us, and we subsequently self-recorded a 7″ before recruiting others to the band.

How would you say you’ve developed your sound and your relationship with each other since your first EP?

Stephen: I think Hush is definitely bigger and more ambitious than the previous stuff, which was probably bigger than the stuff that preceded that… Each recording we’re one step closer to being a fucking prog band or something. But seriously, the more ya work at anything, I guess the more comfortable it’ll feel, and I feel pretty comfortable these days with the band, from our process to our songs to how I communicate with my bandmates – communication hasn’t always been an easy thing for me. But, like: You figure out what works best for everyone, and try to do things that way.

Gretchen: Despite a lot of the lyrical content of Hush focusing on uncertainty, I think we’ve found a little more confidence on this record. We reached for a bigger, more complex sound and integrated some new instruments (mellotron and sitar appear on a few tracks throughout the album).

What is your writing process like? Do you start with a melody, start with concept, brain dump lyrics? Take us inside it all!

Stephen: I usually sit with a guitar on the couch and just, like, watch tv and if something good appears, I’ll hit mute on the tv and record it on my phone, then revisit it at the practice space, or sometimes maybe just, like, loop it and vibe it out. Lyrics come afterwards, usually I’ll demo the instrumental stuff with Andy, our drummer, and spend a lot of time listening to the instrumentals while, like, riding my bike or something. Then Gretchen and I will work on vocal phrasing and words. Or we’ll have ideas and throw them back and forth between each other, usually what we come up with is pretty similar.

Gretchen: Late at night when you can’t sleep; or on a long bus trip; or walking through the woods; or just trying to get through the day — basically any time you might feel a little bit wistful and restless.

Stephen: I like the thought of Hush playing annoyingly loud while quitting yer shitty job, or something. Tell off the boss in a giant spectacle with the assistance of Hush.

Who is your favorite superhero? Substantiate your claim.

Gretchen: The only comic I ever read growing up was Archie, so I guess my favorite superhero is Jughead? He always seemed pretty impervious to the stresses of modern life in Riverdale–a trait I admire.

Stephen: Spider-Man, because he was such a loser and I find that highly relatable.

What is your favorite word?

Gretchen:  Probably a toss up between “somnambulance” and “goblin.”

Stephen: Thanks so much!

Hush is available now. Keep up with Kindling here.