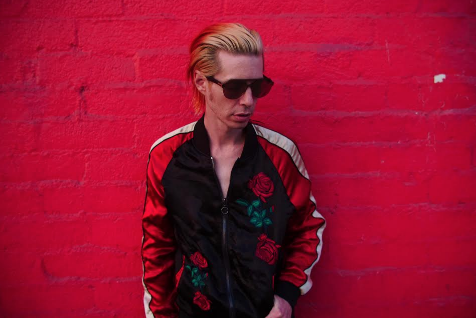 joe cardamone, “east side no one”

Joe Cardamone’s latest music video is triggering, outrageous, and everything that encapsulates his otherworldly sound. It feels much more like a film than an actual music video, with nods to the aesthetics of Quentin Tarantino or Baz Luhrmann. The drugs, the violence, and the gore is a fitting backdrop for Cardamone’s chilling track. The video begins with an unstable relationship spiraling towards his girlfriend’s attempted suicide, shifting into a frenzy of cocaine and an armed robbery gone wrong. It ends with his relationship supposedly back to normal under the guise of a watermelon peace offering. This highlights the dangerous cycle that is the characters’ lives. “Eat Side No One” has a sharp electric beat and the imagery is just as shocking, making this one of the most fascinating music videos I have seen in a long time.

Be sure to check out Joe Cardamone’s album Holy War, which is set to be released on August 30th. You can also watch the album’s companion film trailer for Holy War II, which is due out August 25th. Keep up with him here.