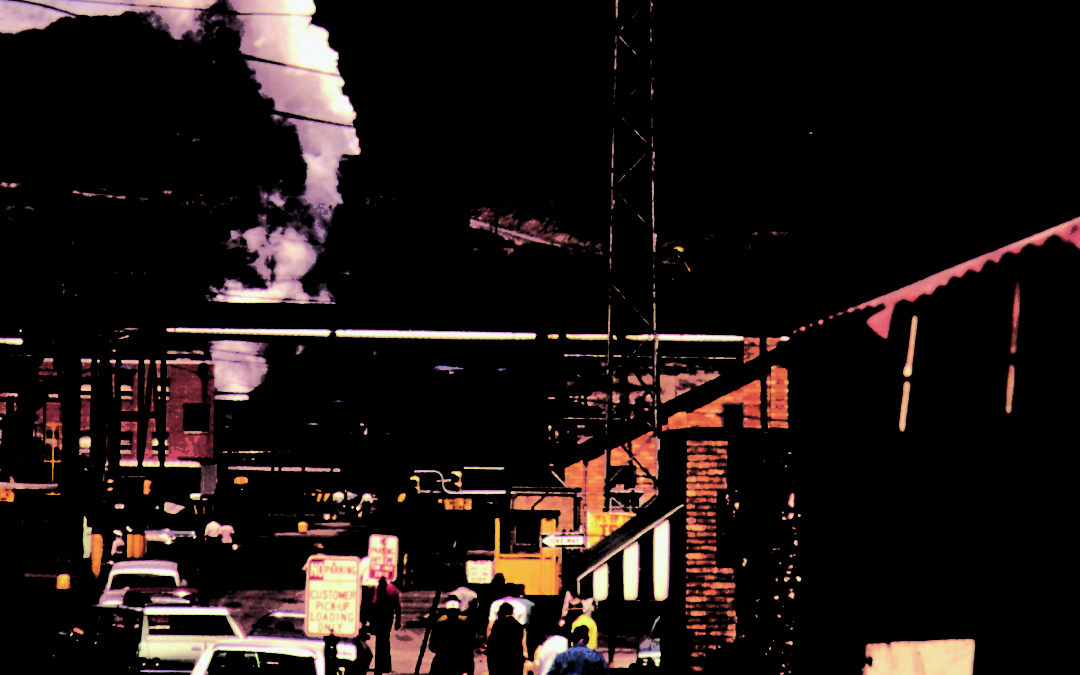 the lampshades, “forget me not”

The Lampshades, while facing their final hours together as a band, show no shame in succumbing to the mundane: The group’s latest music video release for single “Forget Me Not” tours through barren pastures, abandoned car lots, and woodland ruins in a battle with complacency and nostalgia.

The track, marked by early 00’s grunge and mid-tempo moodiness, is rife with undulating bass and bleak acceptance. The first few bars of “Forget Me Not” are quick to ignite and churn steadily, as frontman and lead guitarist Jaren Love reflects aloud to no one but the stretch of highway passing in the side view mirror: “It just doesn’t matter / It all keeps moving on”. During the first chorus, quick jump cuts of rusting abandoned cars and pick-up trucks switch in time with drummer Dane Adelman’s punching kick drum. In a wistful drone, Love laments, “So many photographs / I’ll never see them all / Just a bunch of paper / There’s no porcelain doll”.

Imagery of Love ambling solo through the rural landscape under massive open skies deliver a sense that he is the last man on Earth. No irony is spared in a shot where he explores the crumbled ruins of a building ensnared in weeds, the group vocals of the chorus ringing, “Forget me not, I’ll always be around”.

In what is arguably the most pointed scene in the video, Love’s drive down the highway shows the paint-peeled barns and old warehouses strewn in the tall grass as if left by a passing storm. One such structure bears massive white letters, projecting a branding slogan that is cheerless against the beige landscape: “Delivering the American Dream…”. The camera focuses on these words as Love reveals resentment for terrene interactions, singing “[I] adjust the volume on family and friends / Shake a million hands / But have no conversations”.

A tense moment just before the bass solo and guitar break depicts a steep cliff, with Love’s sneakered feet the only visible part of his body. A ladybug flies away from his pant leg where it was resting, begging the question of just how long Love stood contemplating the chasm. The scene switches, the break sweeps in, and Love’s self-reflection is tangible as he wanders a depleted pasture under a setting sun. Sonically and visually, this scene delivers some of the most potent emotionality of “Forget Me Not”.

With this music video, The Lampshades’ attitudes are bleak, but their sincerity palpable. “Forget Me Not” only gains traction as it progresses; the scenes flickering faster and faster between shots of Love wandering the field at twilight, swimming in a murky lake, and meandering on a dock under the intense sun. Bassist Chris Kibler thunders through each chorus, sparks flying at the song’s close, as the climax peaks and fades out. In the last scene, Love descends a flight of stairs into a basement and disappears from view, returned home yet still alone.

Preceding “Forget Me Not”, The Lampshades released 2018 album Astrology. Their discography also features three additional albums, three EPs, and four singles. With the release of this music video, the Pittsburgh trio has announced their disbandment, and we’re sad to see them go.