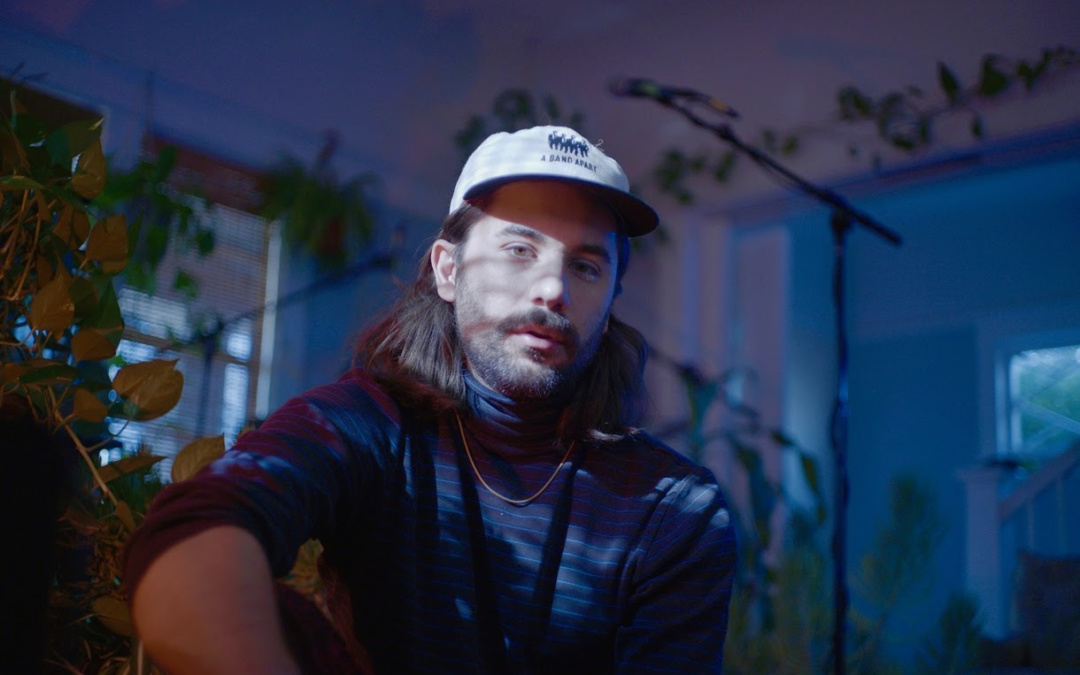 the undercover dream lovers, it’s all in your head,

Psychedelic indie project The Undercover Dream Lovers just released its debut album, It’s All in Your Head. TUDL is the brainchild of LA based artist Matt Koenig, an all around DIY badass who’s stayed true to the OG meaning of indie, navigating the industry label free throughout his career. Koenig cites his influences as everything from The Beatles to Tame Impala to Led Zeppelin and views himself and his music as a bridge between eras, a statement that I can confidently say reigns true after listening to the record.

It’s All in Your Head was recorded in Koenig’s home studio in Los Angeles, where the multi-talented Koenig handled writing, production, and mixing himself. The record is largely influenced by Koenig’s desire to create a “bustling, vibrant, and groovy” live show, which is immediately clear even via digital consumption. He is known for his quickly recognizable disco-influenced bass lines, a staple that consistently appears on this project as well as his Koenig’s older work.

The album opener, “A Way Out”, was one of the first tracks that Koenig made for the record, and is meant to serve as an initial taste for listeners to get a feel for the direction that he takes the record production-wise, which delves into new territory for Koenig. The disco rhythms that would end up influencing the rest of the album are introduced here through infectious dance floor rhythms that are a constant presence throughout the record.

One of the standouts on the record, “Plane Ride”, was largely influenced by the fatal car accident that took the lives of rock duo Her’s while Koenig was on tour with them. He took a break after the tragic event, and “Plane Ride” was the first thing he worked on after returning. The verse was written before the accident and was about Koenig feeling caught in life’s distractions. The rest of the track comes from the traumatic experience, with the ‘ride’ being a metaphor for life and the plane crash talked about in the song representative of death. Koenig kept that verse even after the meaning of the song shifted for him, allowing it to represent the ‘before’ of the accident and letting the number be symbolic for how quickly what we view as important can shift when trauma comes into play.

“Soon Enough”, co-written with Dent May, is a hopeful track sprinkled with vibrant-driven guitar riffs and a light and airy chorus. “Chardonnay” drips with groove and (fun fact) was created in a room in LA by three people named Matt. Every track on the project boasts unique differences in production, vibe, and lyrical themes while keeping to a uniform overall feeling that makes the album itself feel like a collective work of art, a refreshing element frequently missing in modern music where albums seem to be carried on the backs of singles which often feel worlds apart from the rest of the record.

While much of the album seems to exist in an intergalactic air-space, album-closer “Everyone’s Confused” feels down to earth in comparison. The groovy guitars that stand out on many of the album’s best tracks blend seamlessly with rolling rock riffs that feel as though they could be pulled straight from the 70s. “Everything is fake, and well, everyone’s confused” Koenig sings in a moment of blunt honesty.

Keep up with TUDL here.