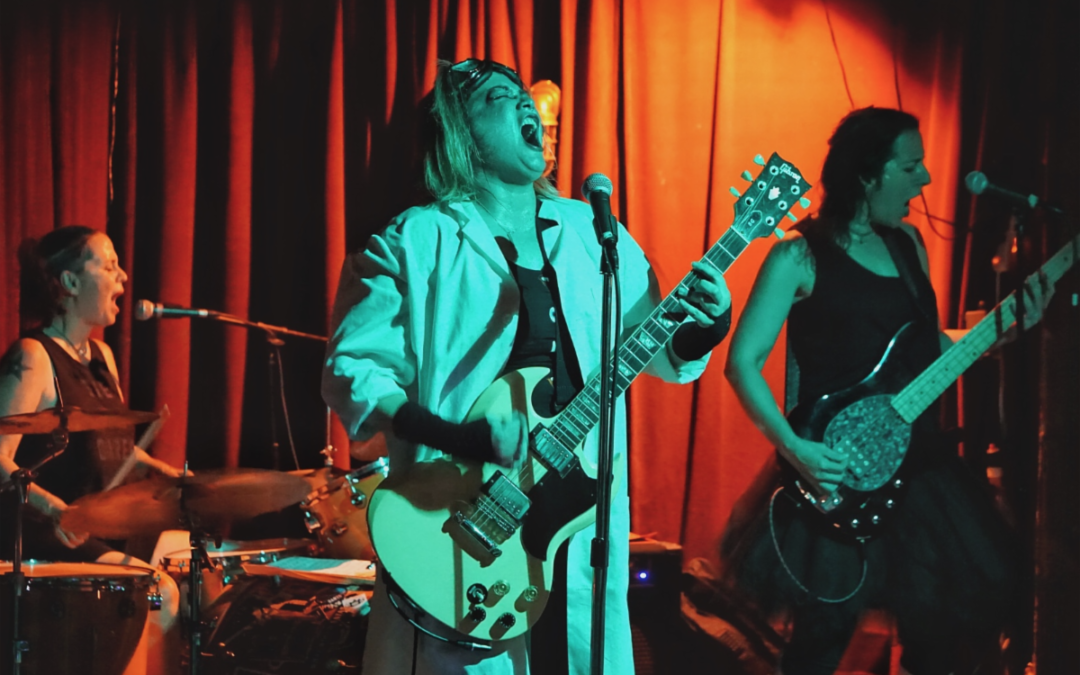 Some may feel as though the music of today lacks the fire and fervor which used to be so plentiful in music from days gone by. If you find yourself agreeing with that sentiment, then let spunky girl group Drama Dolls fill that void with their new single “Favorite Girl.” The LA based band produces rampant brat-punk music that has the grit and energy of the Misfits and the Ramones, but also the musicality and power of the Bangles and the Go-Go’s. The single will be on the group’s upcoming EP Over The Shoulder / Boulder Holder which was recorded at the legendary Larrabee Studios, the same place where the Foo Fighters, Blink-182, Tool, and countless other iconic artists recorded their music.

When asked about the meaning behind the track, Drama Dolls stated (somewhat cryptically) “WE WANT TO BE THE GIRLS WITH THE MOST CAKE.” While you make sense of that, settle into the nostalgia of “Favorite Girl” and feel its energy seep into your veins. Right away you hear the rugged guitar, and the punchy drums remind the listener of the opening drums in The Go-Go’s “Vacation.” The lead vocals are bold and full-bodied, sounding both fresh and familiar. The high energy established at the beginning of the track is further magnified by the key change in the courses. It culminates in the instrumental bridge/interlude that hits you with rapid-fire drums and heavy, distorted guitars. The reverberating harmonies after the final chorus are like a choir in a resonant church: resounding, and glorious. With its spirit and spunk, “Favorite Girl” is loads of fun and definitely one to rock out to.