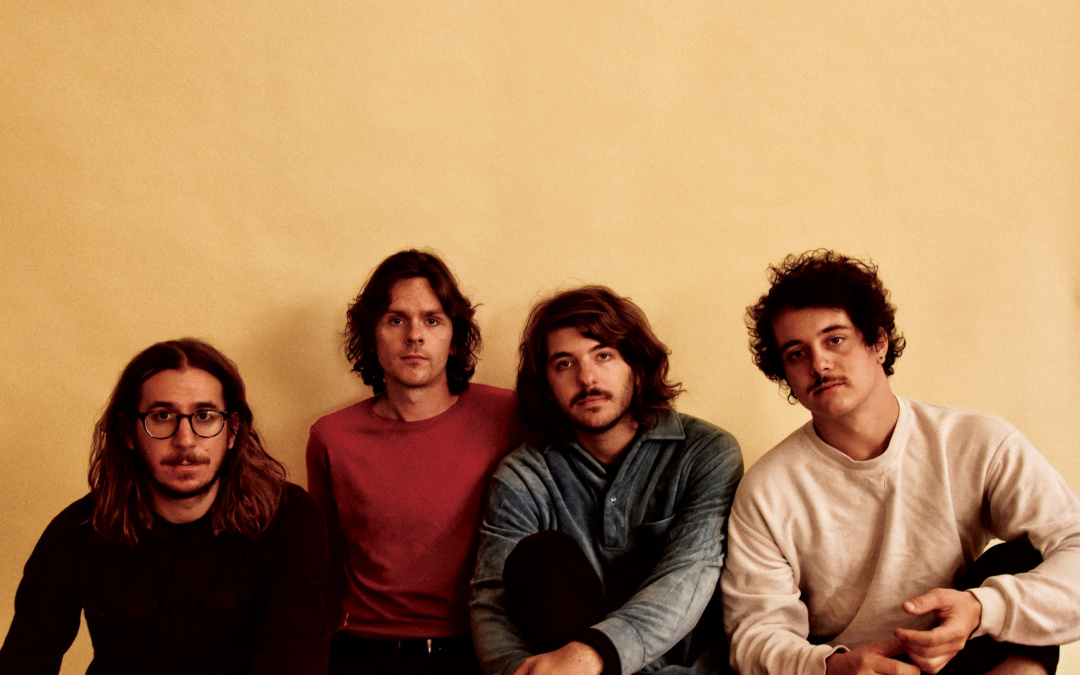 the districts, you know i’m not going anywhere

After nearly 200 shows and two years of touring in support of their 2017 effort, Popular Manipulations, the band found themselves both professionally and personally exhausted. And, with the shadow of needing to create a new album looming over them, the Districts started questioning everything.

In a press release, front man Rob Grote said “It felt like much of my world had reached such a pitch that all I could do was try to tune it out. I felt really uncertain about the future of the band and super detached from much of what I used to identify with, on a personal level and with our music. I was thinking, ‘Do I want to keep doing music?’ ‘Do I want to keep doing it in this context?”. So Grote did what any musician having an existential crisis would do; he holed himself up in his bedroom and began writing, not necessarily for The Districts, but to get excited about creating again. It was here that he found the space and freedom he needed to be creative again. He ended up with a batch of 32 songs, and while he never intended them for The Districts, when he finally showed them to the band, they loved them. Those 32 were cut to 11, and thus You Know I’m Not Going Anywhere was born.

Album opener “”My Only Ghost” is an ode to secrets and memories with ones we’ve lost. The synth almost overpowers the vocals, (which have a Bon Iver kind of feel) but it works, giving the track a lo-fi feel. Between this, echo-y clapping, and thickly layered shout-y vocals, the song feels almost like chilling cult-like chant.

“Hey Jo” is the lead single from the album and the definite standout. A circus of sound, this piece is thickly textured, but the song is incredibly well put together. Credit to producer Dave Fridmann is owed here, whose mix expertly layered the many elements into a cohesive whole. This track floats on plucked guitars and airy vocals before kicking into a fiery chorus with Grote repeating “Fuck my head.”

“Cheap Regrets”, is an electrifying disco number on the surface, but the lyrical content dives into nihilism and the shadows of consciousness that lurk in our minds. This one has all the bright and shiny qualities that we love in a dance number while letting everyone listening still feel angsty as hell. Of the song, Grote says; “This song is a criticism of the divisions that result from a self-oriented society and an attempt to transcend them, while simultaneously being an example of these very ideas. The song is the statue to the self; it is about itself.”

Upbeat and full of glittery guitar, “Velour and Velcro” is a love letter to the unknown future we’re all rocketing towards.“Changing” ebbs and flows, enjoying sweet, quiet moments of reflection and questioning before launching into electrifying choruses. “Descend” is a deceptively chipper folksy string plucked number that deals with death and separation.

Closer “4th of July” strips it back and feels sweetly reflective. Hand picked guitar and sliding whistling ride over Grote’s breathy and thoughtful vocals. It feels like a cross-country road trip, and not just because he sings about his own to Sante Fe. It’s a nice full circle moment of peace and closure.

You Know I’m Not Going Anywhere is out everywhere on March 13th via Fat Possum.