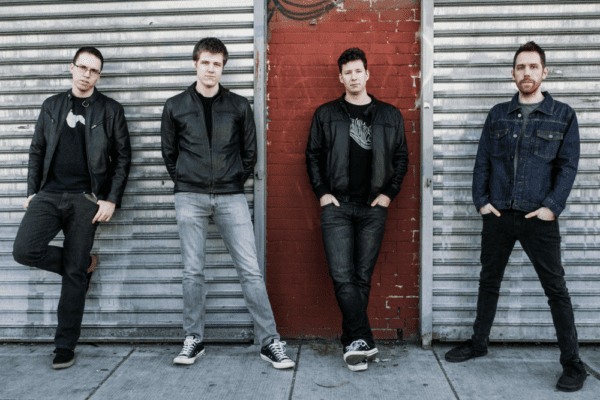 the split seconds, “the dirty depth of classic punk”

Punk is a genre that has always been known for its simplicity and raw, primitive sound. Many music fans write off the genre entirely because they believe that music must be complex and polished to be great. But this couldn’t be further from the truth. In the 70’s a bunch of kids who grew up on a steady diet of classic rockabilly, pop, soul, British invasion, Motown, and ska took a look at the vapid and self-important hippies burning out on the radio and said fuck this. They cut their hair, put on the jeans and leather jackets of their early-rock-and-roll heroes, went into their garages, turned up the tempos, pushed their amps into overdrive, and invented the potent form of fundamentalist rock and roll we now know as punk rock. The following songs showcase just how much depth can be captured in a few minutes with a few chords and with some cheap equipment.

The Buzzcocks: I Don’t Mind
The unusual chord progression and surreal message makes this song the “Strawberry Fields Forever” of punk rock. Beginning with the beautiful phrase, “Reality’s a Dream” the verse starts out square but quickly gets mired in a swirling series of out-of-key chords and a disjointed melody that and builds and blossoms into short, simple, and joyful chorus about not caring. It perfectly captures the message of escaping the emotional torment of uncertainty and chaos by just not giving a fuck. During the bridge the song shifts to a minor tonality as Pete Shelley reflects on past insecurity and rejection, emerging at the end in a higher key to once-and-for-all assert his triumphant nihilism.

Stiff Little Fingers: Alternative Ulster
This song about kids caught up in ‘The Troubles’ in Northern Ireland begins with a plaintive guitar melody drenched in reverb raw and almost in-tune. The lonely major-key drone expresses a combination of sadness and optimism that Stiff Little Fingers does so well. The song explodes into short punchy phrases in the verse over a restless 4 chord vamp in which Jake Burns lays out the frustration of scraping by under a repressive regime with throaty angst. Then it stretches out into the prechorus in which he explains that nothing’s going to change because nobody in power has any reason to change it. An usual extra measure builds anticipation before the assertive chorus chords in which he gives the solution to the problem: Do it yourself. Create an alternative of your own. “Ignore the bores, their laws…grab it change it’s yours.” After a powerful bridge rapidly dispensing with the naysayers, the original guitar melody returns over a shuffle drum beat. The meandering line returning with purpose and power before delivering the listener to a satisfying final chorus.

The Clash: Death or Glory
One of the many gems on London Calling, “Death or Glory” explores how high-minded ideals and righteous conquests are corrupted by time and routine. The song starts with a round and melodic bass line and syncopated high hat accents building into a grade-A punk rock groove underneath Mick Jones channeling Mick Ronson’s brand of channeling Chuck Berry via the English Channel. Paul Simon’s baseline walks under guitar stabs as Strummer howls his verse with great lines such as “love and hate tattooed across the knuckles of his hands, hands that slap his kids around ‘cuz they don’t understand” finally breaking into one of the catchiest choruses ever penned. During the bridge Topper Headon lays down a restless funky beat that is complemented by Jones’ rhythmic octaves and Simonon’s sequenced bass line. Creating the perfect musical backdrop for Strummer to quietly but insistently express the the will to fight and raise hell. After a final chorus the band ends the song on a slightly out-of-time, and out-of-tune final hit. Just in case you thought they were getting too refined.

Dead Boys: Sonic Reducer
Whereas the Buzzcocks found release in not caring, Stiff Little Fingers found salvation in not caring, and The Clash believed we were sadly destined to not care, The Dead Boys just didn’t care. Two bold chords at the outset fade into a swirl of flanged cymbals and feedback overtop a foreboding minor-key guitar line which finally explodes into power chords and Cheetah Chrome’s brash guitar solo. The verse pummels forward as Stiv Bators lists all the things he doesn’t need including family, beauty, and the human race. It builds towards a chorus that tells you why he doesn’t need any of that stuff. Because he’s a god damn rock and roller and one day he’ll be a ten foot tall Pharaoh and you won’t be shit. The song barrels forward all the way to the end with Ohio’s trademark street-walking-cheetah-with-a-heart-full-of-napalm raw power and swagger.

The Jam: The Eton Rifles
This fantastic tune begins with an intro of crashing minor chords, splashy drums, and a catchy repeated bass figure. Then breaks in to a double verse based on a two chord vamp of clanging guitar stabs and punctuated by a two chord turnaround contained in an unusual extra measure as bassist Bruce Foxton proves that drums, guitar, and a Rickenbacker bass is all you need to fill up the sonic palette. Buried in the mix, Paul Weller cleverly tells the story of a street fight between working class protest marchers and students from the prestigious UK prep school Eton in his unpretentiously accented baritone. During the chorus his vocal line climbs and the chord changes accelerate climaxing with a repeated “Eton Rifles” hook based on a melodic figure made memorable by its widely spaced intervals. The tonality darkens to minor for the unbalanced-feeling 9 measure bridge, perfectly framing the lyrics in which Weller describes his feelings of shame and disappointment with his comrades who were more interested in posturing than repelling the attacks of the future ruling elite. An instrumental section sandwiched between repetitions of the bridge that includes organ and reggae-influenced guitar delay showcases the band’s versatility. A vitriolic final verse and extended final chorus decays into cacophony before it is tied together by several restatements of the main theme mirrored by palm muted guitar before a definitive final hit. As strong a song as was ever written.

Generation X: Kiss Me Deadly
Pre-White-Wedding Billy Idol and company turned out this masterpiece of a song which is built on a verse, prechorus, and chorus that flow into each other so naturally and evolve so organically through the song that they create a nearly inseparable musical unit. This brilliant structure provides the backdrop over which Idol paints a picture of rebellious youth in the UK in the late 70’s characterized by love, sex, fights, flights, drugs, and old-school rock and roll. It begins with delicate guitar arpeggios venturing through a chord progression that is more reminiscent of The Zombies than The Ramones. Bold drums enter during the second verse foreshadowing the huge guitar onslaught that picks up and carries the song through to its end. After a melodic guitar solo, the chorus is extended during the final musical unit repeating the memorable title, “Kiss Me Deadly.” Exploited may have gotten right to the point with “Sex and Violence” but Generation X was able to translate the eros/thanatos theme into a brilliant work of punk rock art.

Keep up with The Split Seconds here.