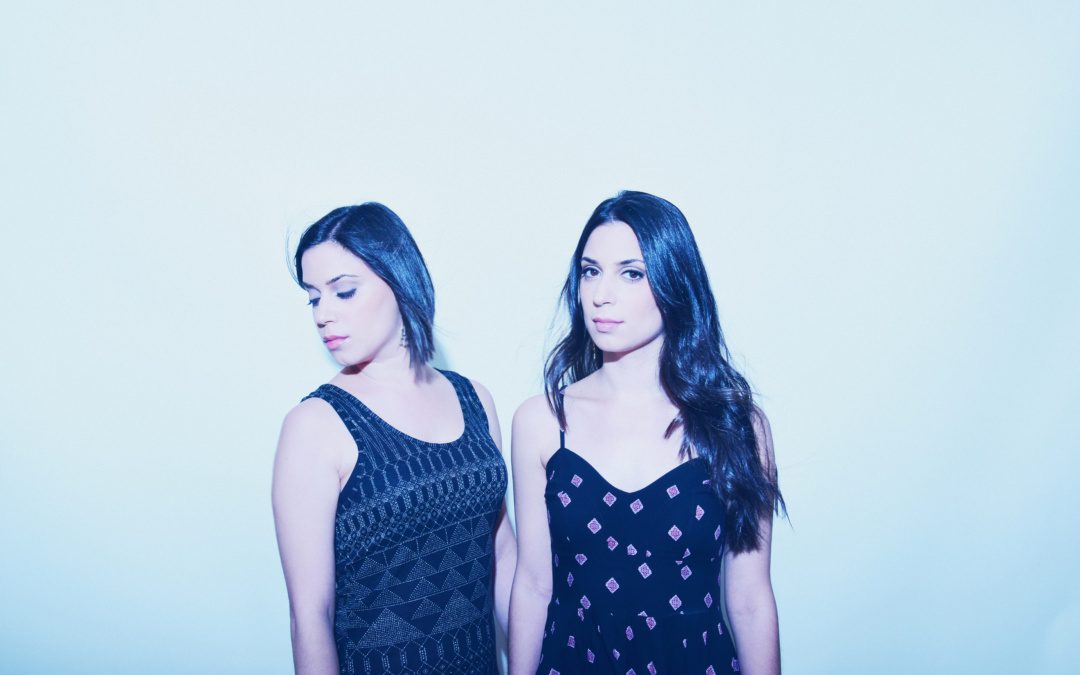 Though they started their respective musical endeavors on the same page – they began writing music together at the age of 11, only to pursue different paths beginning in high school – twin sisters Leila and Omnia Hegazy were on opposite ends of the spectrum as they explored music careers independently of each other. But after graduating college in 2012, they chose to combine Leila’s R&B influence and Omnia’s pop rock intensity to create a unique and wonderful sound in a collaborative effort. It was years later, in 2016 shortly after their father passed, that the project now known as Hegazy – their surname chosen in honor of their father – .was born.

Hegazy’s debut EP Young is due out in early 2018. In honor of that news, we fired some questions at the budding stars to get their thoughts on mindfulness, the writing process, and the upcoming release.

Most likely Billy Joel, although we can’t remember which album/song we heard first because our Mom was a super fan and she played ALL of them. We also heard a lot of Oum Kalthoum growing up (renowned Egyptian singer) thanks to our Dad. He was Egyptian and played her music all the time. There’s a classic song called “Alf Leyla Wa Leyla” that every Egyptian knows.

Was there a moment that you realized you had the talent and the drive to pursue music? What is the origin story of Hegazy?

We were both super young when we started singing, probably around five. We were band and chorus geeks all throughout elementary school and beyond, playing clarinet in school band and then taking up instruments outside of school (Omnia learned violin and Leila learned piano). We were eleven when we started writing songs at our great-grandmother’s piano, singing gibberish until it sounded like something. We wrote our first songs together and when Omnia started playing guitar a year later, we started writing separately. Creating on our own made a lot more sense logistically as we got older because we went to different high schools and colleges and weren’t together as often. Leila studied jazz and got into R&B and soul music, while Omnia wrote angsty pop/rock songs on acoustic guitar and flirted with singing in Arabic here and there (our Dad was the language coach throughout that process). So needless to say, we became very different people as we grew up, in personality and musical style. When Leila moved back home from college after graduation, we became roommates again and continued to work separately until at some point our styles started to meet in the soul/pop realm. We started collaborating again, co-billing at shows and sometimes even playing together. After our Dad passed away in late 2015, we decided to officially become a duo under his last name, Hegazy.

We know you work together in homage to your father, and that’s such a beautiful and unique thing to offer. But we do wonder, as twins, is it difficult working together? Are there any quirks or rules to the relationship?

That’s a great question! Twin relationships are really intense, and probably even more intense than that of normal siblings. There are no secrets, and there’s no filter because you’re so comfortable with each other, so it requires a lot of mindfulness to express disagreement constructively, without being too blunt. And because each of us participated in differing musical genres before we became a duo, we definitely have artistic differences when we write songs together. So if one sister doesn’t like the other’s idea, the rule is to sleep on it before ruling it out. A lot of times, one of us will be so opposed to the other’s idea in the beginning, but after sitting with it, she’ll realize that the idea was actually pretty darn good, even if it’s not what she would have opted to do on her own. The power of the pause is real and compromise is so important in order to make any kind of partnership work! We’ll be real with you guys and admit that we are still working on this.

What is your writing process like? Take us inside it all!

Our songs almost always start with melody and chords first, with the understanding that everything is subject to change. Even though we’re a duo, we rarely start writing a song in the same room. We still work on our own, and after coming up with a song, one sister takes those ideas to the other for feedback. Very often, one of us starts a song, and the other finishes it. Sometimes finishing it means completely reimagining it and sometimes, it just means tweaking it, either lyrically or in terms of form. Both of us agonize over lyrics – it’s probably the one thing we argue about most. Regardless of ego, two heads are almost always better than one and we know our music is better for it.

Your debut EP is expected in early 2018. What have you been learning through the production process? Any fun memories or anecdotes?

We had so much fun recording this past summer with such a kickass band and producer. Our producer Jon Seale of Mason Jar Music in Brooklyn did an amazing job of taking our differing influences and bringing them to life in a way that represents both of us. We recorded most of our vocals the same way we practice: facing each other and watching each other’s mouths so that we could match each other with precision. We have of course learned, that everything does take longer than you think it’s going to. Creativity takes time and patience is key. Fun thing: While we were recording, our producer Jon had just gotten an adorable Australian Shepherd puppy. She wasn’t there most of the time because obviously puppies make noise, but seeing her always made our day.

What do you think is the most important advice you have ever gotten regarding your music?

Our Dad was the one who constantly suggested that we work together and like typical teenagers, we didn’t listen at the time. But he is the reason we are a duo today. We know he’s up in the clouds somewhere saying he told us so.

We released two singles with music videos this Fall called “Alive” and “Here to Stay” and we are so passionate about both of them. “Alive” was written about quitting a day-job to pursue music, and for the video we actually followed around 5 real people with a camera crew as they went about their jobs and their passions. We wanted to show that how people pay their bills isn’t necessarily who they are. This video is so New York, and so us.

Our recent single “Here to Stay” is political satire about xenophobia in America and the video features the most adorable child cast. As Arab-American women, we have a lot to say about what is going on in the US right now in terms of the Muslim Ban, the removal of DACA, and anti-immigrant sentiment in general. We felt a moral responsibility to speak up through our music, and couldn’t have made a record during these crazy times without acknowledging the hateful rhetoric that has been normalized in the past few years. But the song/video is actually really uplifting and playful, despite how serious this topic is. We had a small, but amazing film crew for both videos, and we need to shout out our director Steph Ching, who took our concepts and ran with them in the most beautiful way. These projects truly came from our hearts and we’re so proud of them.

Keep up with Hegazy here!