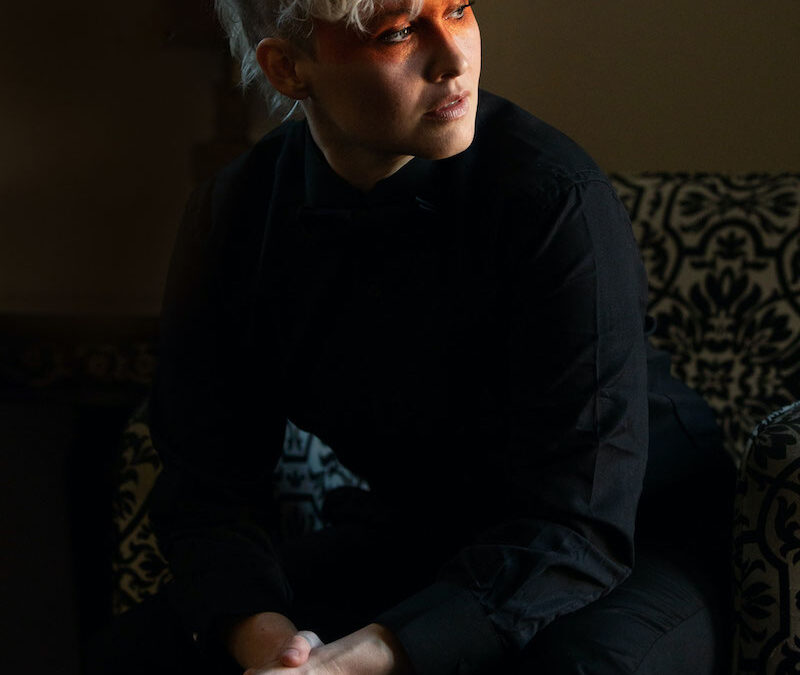 gabby holt releases remarkably poignant video for “at this table”

Although reflecting on past relationships can hurt like hell, it’s crucial when it comes to enduring and accepting the past on one’s road of self-discovery. Van Nelson Records artist Gabby Holt speaks of her journey through this process on her latest solo offering The Star & The Devil and has just released a more intimate look into her soul with the video for the track “At This Table.”

The ballad itself is gorgeous, with the Portland-based musician contemplating how she found her partner before ultimately confessing the affection she felt for them over a driving piano-driven arrangement and swells of nostalgia-soaked guitars.

Holt says that the inspiration behind this song and the album as a whole was looking back and admitting that she could not erase her past but instead embrace it. “I look at myself with almost child-like eyes, you know. That was the Gabby that was learning, that wanted to fix this situation. This was the part of me that was trying her best. It’s still giving voice to that part of me that was in it. It’s okay to be human…it’s a really human thing to feel that way.”

However, I cannot articulate enough how alluring the accompanying visuals are and how excellently they represent the abstract emotion behind Holt’s lyrics. They primarily follow the singer (sporting a vibrant pink mohawk) as she performs the song directly to her partner, whom she physically and emotionally connects with throughout, while also intermittently playing at a piano and singing in front of a barren beachside.

While this might sound rather simplistic on paper, it comes off as being remarkably poignant and manages to capture the relatability of the entire situation as a whole. Watch the video directed, shot, and edited by Joshua Rivera below!