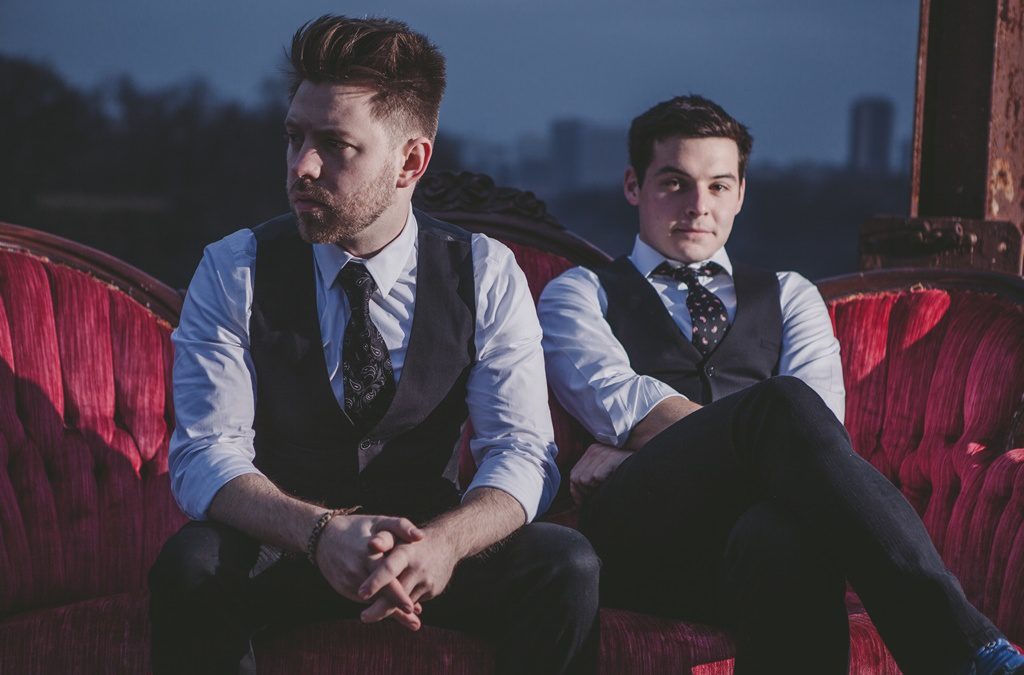 broke royals talk new music, the strokes, and their choice to be pro-salad

In the wake of the release of Broke Royals‘ emotion-filled video for “As Long As I Can See” – and in the direct lead up to the release of their self-titled album in November – we had a few very pointed questions for the band. Formed in 2014 shortly after graduating from the same University (William & Mary, but who’s keeping track?), Collin Cross asked Philip Basnight to record some demos at his recording studio so he could gauge interest from potential clients. But they immediately clicked with their music, and have developed into the duo we see before us today. As we prep for their upcoming folk-tinged pop/rock album, check out our brief interview – as well as their latest video – below!

Philip: The first song I remember hearing is Smokey Robinson’s “You’ve Really Got A Hold On Me,” which is wild because it could be the best song ever recorded. It’s almost a bad thing haha. Where do you go from there?! It’s the perfect pop song. It was on a soundtrack that my family listened to in my house on Saturday mornings while we made waffles. Later, my cousin gave me a burned copy of The Stroke’s “Room On Fire.” That was the first album I owned myself. Again, my family helped me get off to a strong start. “Room On Fire” got heavy rotation in my discman.

Colin: My family listened to music constantly growing up. In all our early family videos and pictures we’re dancing (see attached). The first specific memory I have of this was sitting in our living room with AC/DC’s Back in Black album blaring and my dad air drumming and telling me how drummers play the kick drum with their feet. The first album I remember pronouncing my favorite was Third Eye Blind’s self-titled album. Another album showed to me by my parents, but 3eb is definitely a band that has a special space in the shared Broke Royals heart having been one of the first concerts Philip and I worked together when we were on our college’s programming board.
Inline image 1 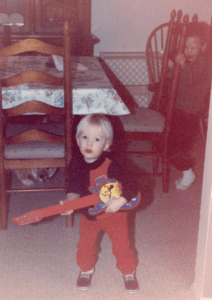 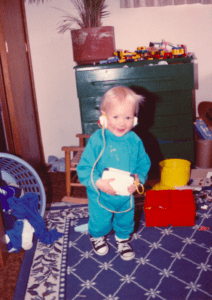 Broke Royals – as many know now – was kind of a happy accident musical project with you two. How has your process evolved since the early days?

Philip: Honestly, it’s not wildly different from the early days but it is very refined now. Things generally start with an acoustic demo and blossom from there. The studio process has evolved the most. A lot of the time, we have a sixth sense for the what the other is thinking. Whether it’s a tone or a production trick, once one of us starts to say an idea the other can usually finish the sentence. That’s a really exciting feeling.

Colin: Definitely agree with Philip 100% here. Our producer, John Naclerio, would always rib us for not fighting.

We imagine you spend quite some time together. Any pet peeves or interesting stories you’d like to shed light on about each other? (We want all your secrets!)

Philip: I know what I would say if I was Colin! I think I was late to every recording session for an entire year. I had to take 95 South to get to the studio and never once got my timing right. I listened to so many audiobooks that year. Also, I think Ben and Caleb, who are touring members of the band, get pretty tired of our obsession with tacos and coffee. Every time we’re in a new town, we have to find the best tacos and coffee.

Colin: Philip is OBSESSED with Ezra Keonig’s Beats One show “Time Crisis.” Anytime we’re on the road we’re listening to it full blast. Benji and Caleb get tired of my and Philip’s love for podcasts and audiobooks in general. We’re a funky bunch, but we’re certainly grandpas at heart.

Ooooo… Philip also can’t hang past like 10 pm if we’re out drinking. He’ll just start falling asleep at the bar. He’s learned to just pregame with coffee, though.

Your track “As Long As I Can See” is both beautiful in displayed vocal content, but has this almost hypnotic sound to it. What was the production process like for this track, and what specifically inspired it?

Philip: Thank you! The structure came together in the demo but the production really came together in the studio. We went up to NADA studio in New York because we knew John Naclerio could handle some of the bigger elements of the record. Colin’s drum parts and the guitar riffs came through really well with John.

Colin: The production on this song was really fun. We knew we wanted it to feel really sparse yet sonically full, so we used only one guitar take that we re-amped through several different amps to get a really wide, full stereo sound. John also really helped us bring out the space in this track in a beautifully subtle way.

How do you imagine people listening to this track?

Philip: To me, this song is the closest we’ve ever gotten to a club banger. It’s got heavy rock elements but I can still see people putting it on to dance. We like blurring genre-lines.

Colin: Definitely in the middle of the blizzard sitting a wingback chair. It’s a warm jam with a cold body.

Your self-titled debut is in the works. How does it feel to be getting ready to release that?

Philip: It feels great! We worked on this album for a long time and that can be exhausting but every time we release a new song or video we get to see it again through new eyes. That’s really when it becomes bigger than just us. Anyone who listens to the album will bring their own experiences and interpretations to it.

Colin: I’m so excited to get this bad boy out. Some of the unreleased tracks are my favorite we’ve ever written and I can’t wait to share them with everyone.

Who is your favorite superhero, and why?

Philip: Spider-Man. Even with all the movie reboots he’s been dragged through- I still love him. I was at “Spider-Man: Homecoming” on opening night. When I was growing up (before wikipedia) I had this giant book called “The Complete Guide To Spider-Man” and I read it so many times that it fell apart. Then my parents bought me a new copy but the same thing happened again. Superheroes are irresistible for kids with big imaginations. That was definitely me. I’ll always love Spidey. Man, I sound nerdy.

Colin: Batman. The idea of a superhero who could actually exist is great. I like to think that I’m just a few thousand push-ups and several billion dollars away from being him.

Philip: Anytime I get to mention Smokey Robinson in an interview, it’s been a success.

Philip: Very true. We are pro-Salad.