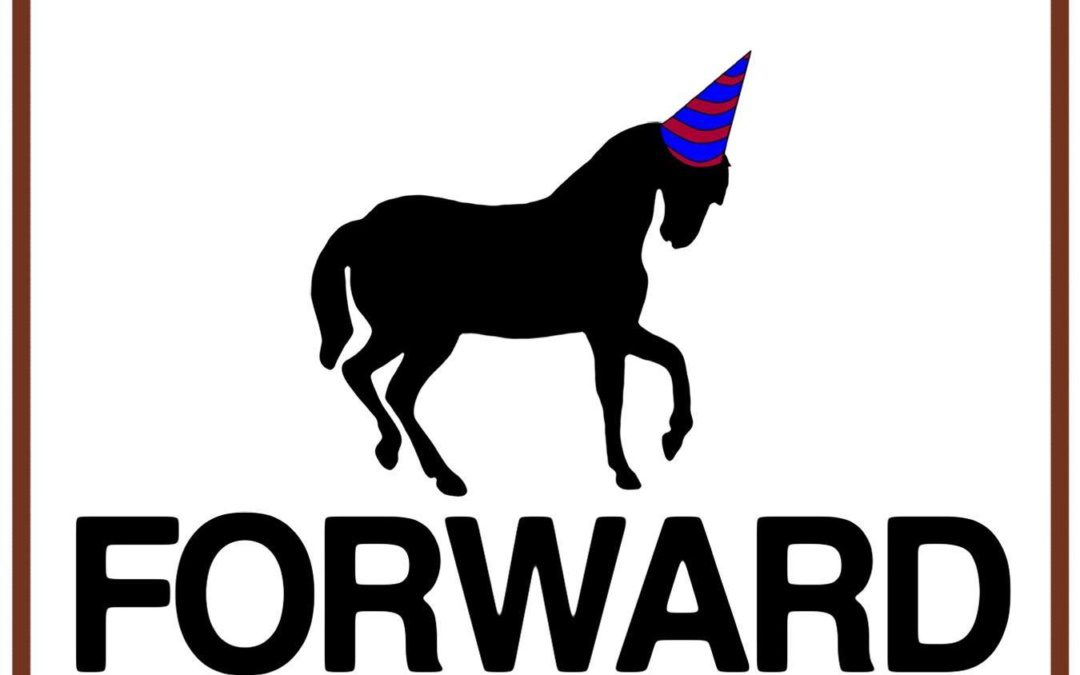 Canadian-based artist management company and record label Forward Music Group has had quite the year. Celebrating 10 years of helping artists bring their music into the world, they’ve taken it upon themselves to release an official 2017/2018 sampler – which is phenomenal, by the way – amongst some other really fun celebratory things, including a mess of live dates in October titled the “10th Year Anniversary Revue.”

And we’re totally on board, as this company certainly has a lot to celebrate. Their discography is extensive and includes artists like Michael Feuerstack, Gianna Lauren, Paper Beat Scissors, Sleepless Nights, and many more, while the amount of artistry they’ve brought to the world out of Canada makes them a standout for the country at large. Luckily enough, we stole a few minutes to chat with Owner/Operator Kyle Cunjak, who has quite the view of the industry, and a little bit of insight on the last ten years.

I’m going to approach this two ways and cheat a bit by giving you two experiences and three albums:

1 – Talking Heads’ Stop Making Sense was a constant throughout my childhood. My dad loved this album and would play it non-stop. We’d both sing ‘Burning Down The House’ together and I was transfixed by David Byrne’s dance moves and style.

2 – The first albums I remember REALLY hearing, and I mean they had a profound influence on me, were Rancid’s …And Out Come The Wolves and Beck’s Mellow Gold when I was around 10-11 years old. They both blew my mind. I had no idea music could sound like these records. The former my aunt Cathy gave to me for my birthday because my older cousins were into them and I’m sure she had no idea what the music was like. The latter I heard at my friend Victor’s and remember BEGGING him to dub me a copy before a family vacation. When he wasn’t able to do this fast enough, I convinced my folks to drive me to the record store so I could buy Stereopathetic Soulmanure.

Of course I had been heard music prior to these and been to concerts (Bob Dylan, quite boring to an 8-year-old but also when I first remember smelling marijuana and likely got contact-high) but nothing stands out like those three, quite polarizing when put back-to-back, albums.

Any fun anecdotes or interesting memories from Forward Music, as you celebrate 10 years?

There are so many to mention – getting stranded by a “snowstorm” in England and inventing the most insane/fun songwriting game, arriving in Berlin for the first time without knowing anyone and with no place to stay but somehow ending up on Nils Frahm’s floor for a few magical nights, travelling Canada by train for free playing music in the lobby cars, etc…

One of the best parts about playing music is that you get to travel with your friends. So important for character building and life experience. It’s something like a free vacation and when you’re in your early twenties you definitely get up to some shit, even as alt-folk bands. However, the problem-solving, logistical, and organizational skills you develop are incredibly valuable. I’m confident that any musician could win The Amazing Race with ease.

Your 2017/2018 Sampler was curated quite excellently. Who was involved in the process, was it difficult to narrow it down? Was there an overarching theme?

When developing samplers, we reach out to our artists and ask for suggestions. This one came together quite quickly under a deadline. I really enjoy sequencing records and have a lot of fun trying to make songs from multiple genre songs make sense together.

There are a number of instrumental-heavy tracks here due to the growth of our sister label Backward Music that we started in 2012 and which features primarily instrumental music. It’s our outlet for releasing one-off projects with a minimal budget on various formats and with no pressure. Surprisingly, it’s been one of the most successful parts of our catalogue. Go figure.

What made you choose to go with the horse drawing on the front by Gianna Lauren? Was it commissioned, or was it something pitched to you?

That horse is so handsome how could I not have put it on the cover? When compiling this sampler and beginning to think about art, I asked all the roster artists to draw their interpretation of a horse. We had a lot of submissions, some better than others, but Gianna’s horse stood out.

Right now you have a ton of shows scheduled in Canada to celebrate 10 years of Forward Music. Any chance we might nab something in the states?

Unfortunately not at the moment. It’ll spare you the dull legalities but it’s extremely expensive and difficult for Canadians to play in the USA right now, especially without agent/label representation as is our case. It’s a shame because we’re SO CLOSE geographically and we’d be in Portland (Maine), Boston, and New York every month spending money on food, gas, hotels, records, etc… if the terms were reciprocal between borders. Unfortunately it’s easier for us to get to Europe to play music outside of Canada.
Dan Misha Goldman has a green card and performs in LA from time to time. We’ve also done development in America with a few artists in the past and have plans for a couple others but it’s all quite far in the future I’m afraid.
Please send more US bands over to us in Atlantic Canada though, we’d love to have them and I’m always game to help out with promoting shows.
Both the live and recorded version of “Onwards” (Paper Beat Scissors) are incredible. What made you choose the live version to highlight, specifically?I’m glad you enjoy these! Tim has a very captivating style and voice – intense, unique, and beautiful. This live version of Onwards is from a special orchestral show that Paper Beat Scissors performed in Montreal last April at La Sala Rossa and will be released as a digital EP in the coming year.Dan Misha Goldman always has some of the most inspiring instrumental work in his music. What made you choose “Hollywood, Jerusalem” to work its magic on the release?

Another thing we try to do when compiling our samplers is to highlight songs that may not have gotten proper attention. This song, off his Champion of the Afterworld album released earlier this year, fit into that category. It’s sonically so beautiful, subtle, and interesting.

There is such a quirky collection of artists included on this mix. How do you imagine people listening to it? (Holding a glass of brandy, driving under the night sky? You can get detailed here!)

It’s definitely a eclectic mix of music. I like to think there’s something for everyone here and that a compilation like this might challenge people to listen to a genre they’d otherwise not seek out.

What I hope at least one person does when listening to this compilation is ride a horse. That would make things come somewhat full-circle with our branding.

If you could get any celebrity to promote the Sampler, who would you choose and why?

Probably Neil Young. He’s a hero, major influence, and fellow Canadian who I think would actually dig the music.

What is the biggest piece of advice Forward Music has for us now, in its tenth year?

If I’ve learned anything in ten years it’s that nothing is predictable so I’d prefer not to offer any advice because I don’t think it’s relevant. However, I will offer my personal motto when working within music, both in the “business” and when performing, which has saved me so much time, stress, and money. NEVER RUSH!