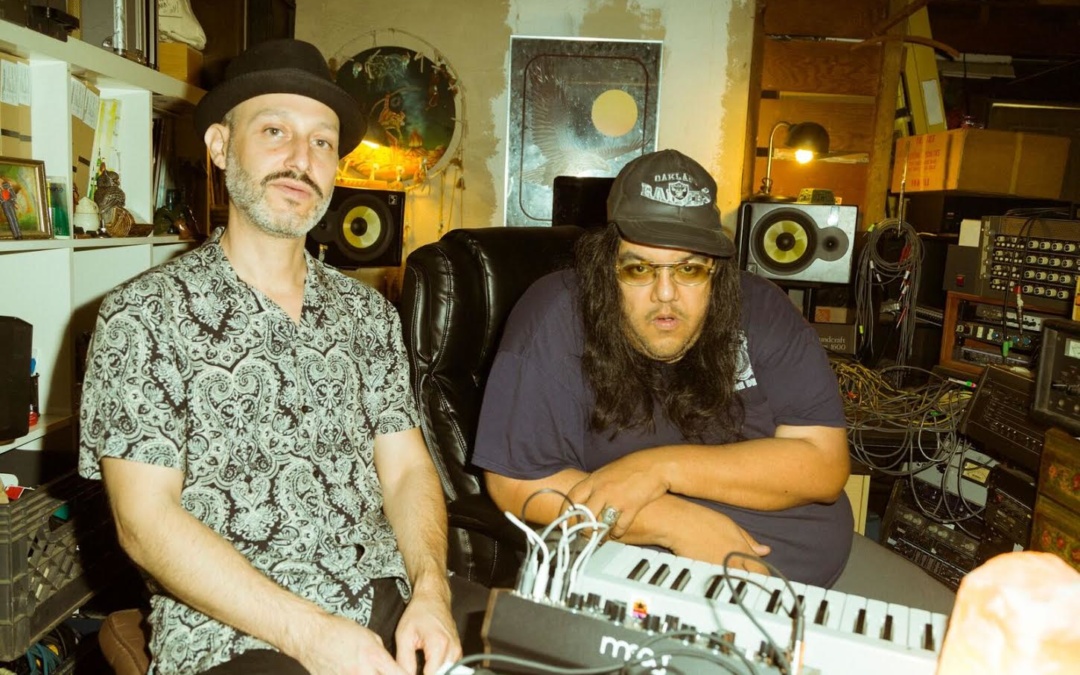 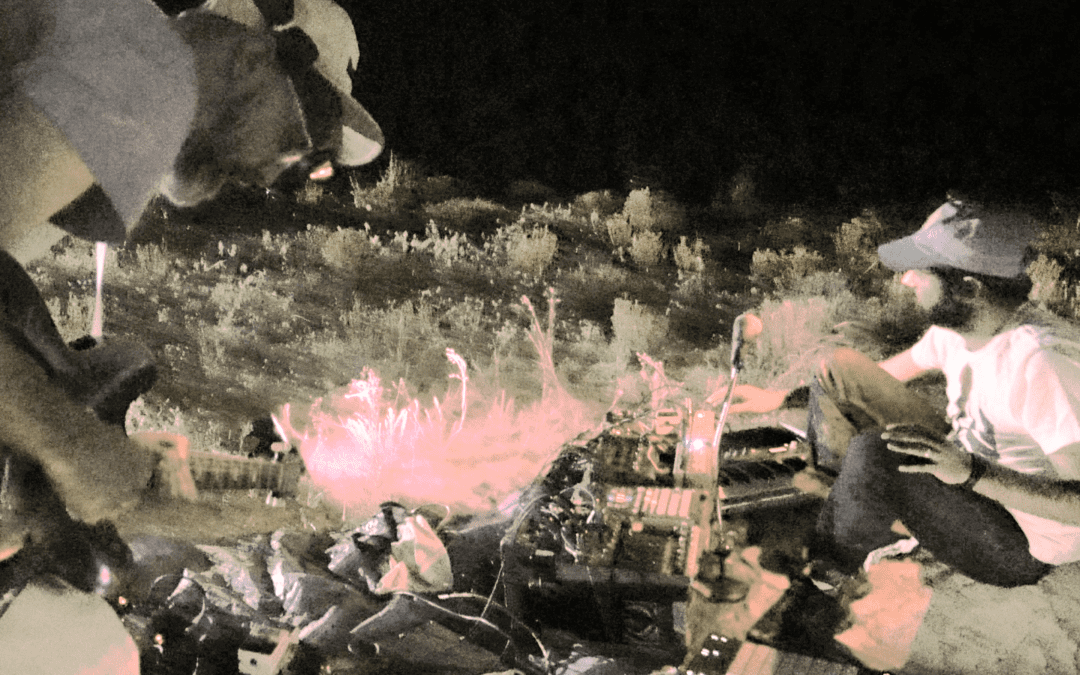 Arthur King is a unique music and art collective, creating landscape art that enriches the senses. Last summer, they took a trip to the Grand Staircase-Escalante National Monument in Utah to create a visual experience unlike any other. During that trip, they created a short film that is as breathtaking in its detail as it is simple and endearing in its concept. With music by Arthur King, projection art by John Schlue, filming by Nash Howe, audio recording by Tim Conrad Horner, and editing by Alex Lee Moyer, the project came together quite nicely and is something we wouldn’t mind having on repeat for the rest of the day.

Not only do we have the exclusive premiere of the project, but we got the chance to take a few moments with Peter Walker, the driving force and visionary behind Arthur King.

What is your first musical memory, or the first album or song you remember listening to? Does that memory or that music have any bearing on your art now?

Drawing with chalk on my older brother’s Sergeant Pepper vinyl album. Eventually I evolved into recording said Beatles records onto cassette tapes. Today, I love manipulating instruments and sounds to make something perhaps unintended from the original design.

We understand the concept of the project, but what inspired it?

This project was born out of my pursuing a Ph.D. in mythology and depth psychology. The premise is exploring the role of the unconscious in creative expression, and more specifically how we experience a given environment both consciously and unconsciously, and how art might bridge that gap.

What made you choose the locations for the video?

We were focusing on BLM land (bureau of land management) where you can camp and do other things without any heavy regulation or government jurisdiction. There’s a lot of BLM land in Utah, as well as magnificent rock formations and somewhat pristine environments.

The visuals aspect of it all is very endearing. How long did the visuals process take?

The visual component has been a part of this project from the very beginning, with the idea that the sound informs the visuals and the visuals inform the sound, creating a feedback loop and an overall experience involving both realms.

Could you take us through the process of all of this in general? It’s such a unique way to display an array of creativity, and we’re enamored by it!

The idea is fairly simple: 1) Locate an environment. 2) Engage it, consciously—meaning explore it and listen and look and record these things with microphones and video cameras. 3) Take these samples and use them in a total improvisational “performance” within the same environment. the result is akin to what happens when we dream, where sounds and images from our waking consciousness are thrown into the stew of our psyche and come out in an unexpected way, often bringing to light connections you didn’t know were there all along. In the end, the performance allows for a different way of experiencing the environment.

Any fun anecdotes from the production process?

During the performance there was a little scorpion that was crawling next to Tim, who was sitting on the ground and operating a recording device. Tim put an empty plastic box on top of it, thinking that would temporarily solve the problem and allow him to focus on his task at hand. He would of course release it afterwards… and avoid getting stung. But when we were finished, the scorpion was gone and he realized it had probably dug its way out in a matter of seconds. all part of the fun of being in the desert!

What do you think is the most important topic to address with art, at least at this point in our progression as a society? Is there a topic that you think is misrepresented or under-represented by its art?

I think art is a tool for connecting with ourselves and with others. Most importantly, in my opinion, effective art connects us with the unknown in ourselves and the “shared unknown” in others (or as Jungians might put it the collective unconscious). Art is a connector. Fear of the unknown drives the worst in us as a species, and its omnipresent in our society today. I’d imagine there is no topic under-represented right now, it’s more likely a matter of accessing the art that might be an issue. Or maybe better put: I’m certain there are artists making vital art that are not getting the kind of exposure that is just. and that’s where you come in!

How do you hope people feel after viewing this?

Moved. Curious. There’s really no hope for a specific feeling, I suppose I hope it invokes some feelings at all, whatever they may be.

Something off the cuff a bit… What superhero do you identify the most with?

Might seem like an easy answer…but I don’t think there’s anyone more badass right now than wonder woman!?

Smart, smart man. Anything else you’d like to add about the project or anything else coming up?

In between these Changing Landscapes adventures we’ve been busy with other fun things like live improv movie scoring and large-scale interactive art installations… So i encourage those who might be interested to please come find us!