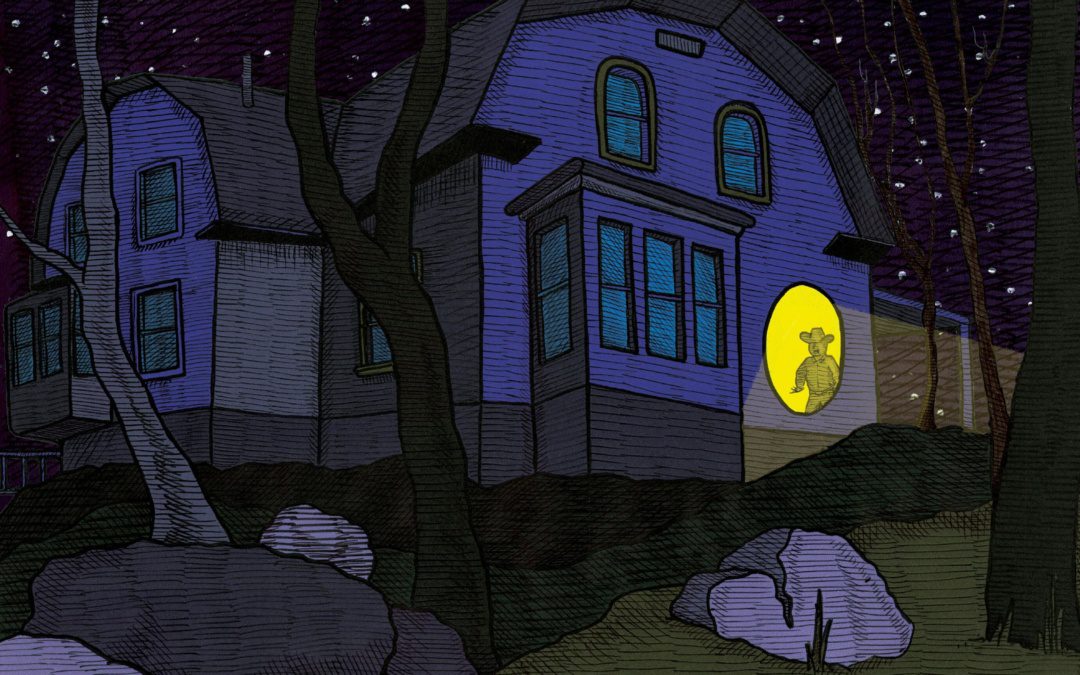 bad history month, dead and loving it: an introductory exploration of pessimysticism

If you’ve got a pension for bands who come up with long, educated album and song titles and intricate lyrics that are both highly relatable and super specific to their own lives at the same time, then you’ll want to look no further than Boston-based psych/indie rock project Bad History Month‘s new album Dead and Loving It: An Introductory Exploration of Pessimysticism. The album itself was created out of a moment of inspiration when brainchild Sean Bean – who “Wrote the songs, played whatever’s not noted otherwise, pissed and moaned mercilessly, ended up doing some editing and arranging and having a lot of fun eventually.” – witnessed Dust From 1000 Years perform “Black Rot” in 2013 during a time when he was reading War and Peace. Because of this, a sense of triviality is sprinkled over the entire album, as we get a peek into Bean’s existential ponderings.

We begin our journey with a track called “The Church of Nothing Matters”, which is an instrumental cacophony of sorts that really starts out quite beautifully and then launches into an eery few stanzas of crashing cymbals and off-key, waling guitars. It isn’t until 2:04 that we get vocals, monotone and honest as lines like “nothing matters” and “I don’t go to church” jump out from the folds. While “Gazing At My Navel” certainly doesn’t evoke that exact feeling for its listeners, it is a calming track with quirky chords that don’t seem to want to fit into the track gently layered in every once in a while. The song picks up, and around 4:12 is when the vocals hit the track. “A Small Life” seems to play with dissonance, almost making you beg for the song to come forth. Which it does, but it’s closer to the 2 minute mark before jarring, sung/spoken vocals are inserted into the track.

“The Nonexistent Distance” is when we see vocals pick up at a more acceptable rate (Sorry, guys, we’re lyrics people!) about twenty seconds in, Bean asking simplistic, almost rhetorical, questions that trigger a jumping off point for a thought process in the listener. By the time you get to “The Imaginary Tone”, the entire album has mellowed out substantially and it seems as though each syllable comes out for this track as practices and defined as possible. It is here at we realize the precision with which this release was made, though not the first time the idea has occurred to us. “Being Nothing” certainly calls into question our existence, as it layers together and he quietly repeats “you are nothing.” The song speeds up as he echoes the same sentiment we’ve all been feeling as of late in the lyrics “I’m tired of wasting all my time talking the same shit to myself over and over.”

“A Warm Recollection” is adorable in its own way, discussing the ways that love is so intimate when you’re familiar and beautiful to one another without putting on a face necessarily. The instrumentals suggest a slight eeriness, but it’s beautiful the way he pairs simplistic ideas of love with layers of sound, almost “fumbling” in places as he expresses in the track. What we glean from it is that this is raw, this is real. And is that not what Bean meant for us, as we head into final track “A Platitude And A Final Understanding”? Slow, practiced, over ten minutes of instrumentals paired with bursts of narrative in which we witness Bean expressing the sentiment “I’m lucky” repeatedly. But he’s not wrong, and we’re all lucky in a way. Because our lives have led us to a space where we can share this music, – relatable or not in our current situation – and bond over the eery beauty that has been created in a world that is slowly reaching a spiritual awakening.

Dead and Loving It: An Introductory Exploration of Pessimysticism might be the next step in that collective journey.

Dead and Loving it: AN Introductory Exploration of Pessimysticism is out now.