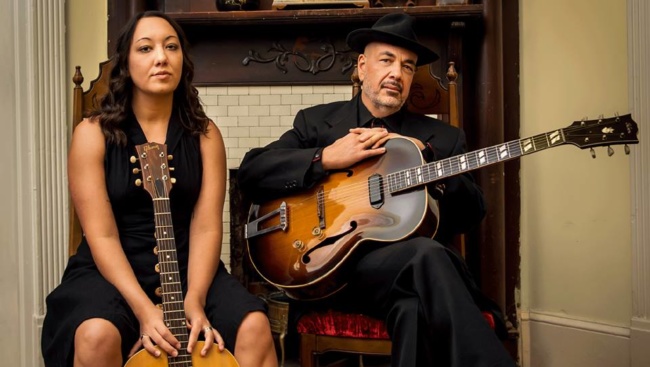 From the very first slow chords of “Little Miss Raincloud”, you can tell that The Brookses have concocted something undeniably alluring with their debut EP Lucky Charm. An Atlanta-based father/daughter country/Americana duo,  there is a certain magnetism about them that you can find in each of the twelve tracks on their new release. While songs like “Over Again”,  “Evening Star”, and “Victrola” have some pep to their step, there is an overarching feeling of melancholy that encases the entire album.

But that’s the true beauty of it all. Meg and James Brooks have found a way to weave heavy lyrics into gorgeous backdrops, electrifying the project with instrumental layers and a feeling of coming home. It’s almost as though this album could only have been made in this serene and balanced way by a family band, and we’re thrilled to hear the release in its entirety as it was meant to be experienced.

Tracked live in one room at Standard Electric Recording Company with producer Damon Moon (Blair Crimmins, Big Brutus, Sydney Eloise & the Palms), Lucky Charm is an absolute masterpiece. Hold this one in your pocket for a while. If you aren’t drawn in already, you will be.

Keep up with The Brookses here. 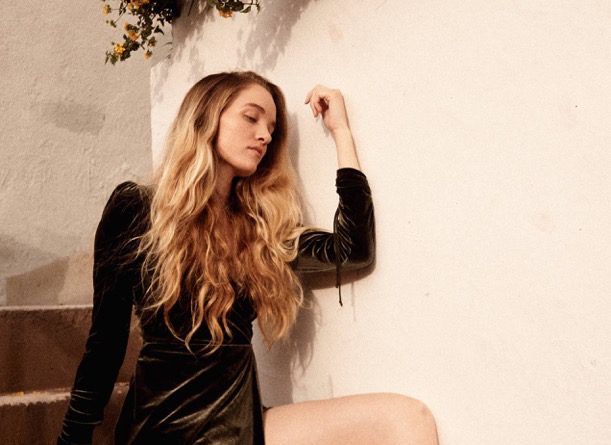 Ready to be lost in a daydream? Los Angeles based songstress Sam Valdez has just dropped a stunning new single, “Farther Away”. The indie rock/folk/shoegaze/Americana singer-songwriter grew up in the Nevada desert, is a classically trained violinist, and has been a member of several bands in the past, but has found her niche as a solo artist. Her new track follows up her 2017 single “It’s Alright” and displays her dreamy sound, highlighted by her clear and ethereal vocals. Masterfully combining Americana aspects into an indie soundscape, Valdez creates a nostalgic, yearning sound with “Farther Away”. Valdez anticipates more music and touring in the future, so fans have a lot to look forward to. Be sure to check out “Farther Away” today! 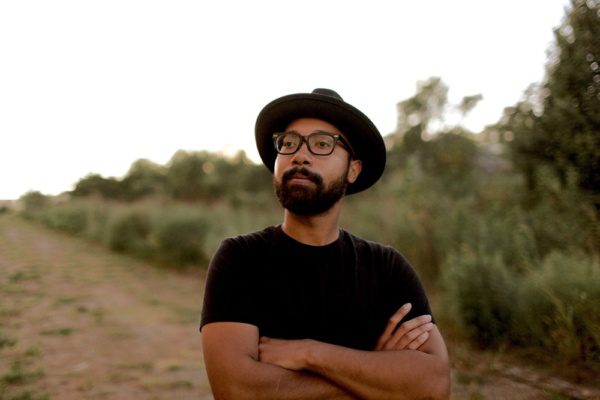 Nashville-based singer-songwriter Joel Levi has just dropped his self-titled album. Honest and down to earth, Joel Levi explores challenges and difficulties of life on an Americana/indie-folk soundscape.

Joel Levi:
1. “Middle of Everything” starts off the record on an upbeat note, setting the indie-folk tone of the album. Showcasing Levi’s great vocals, this first track sets the stage for the rest of the album.
2. “Will We Ever Change?” is up next, starting off with a smooth, angstier sound. As the title suggests, this track explores the fear of being stuck as you are.
3. “Honest Mistake” carries the listener into a more Americana sound, reminiscent of Springsteen. Featuring a great guitar solo towards the second half the song, the lyrics “I don’t wanna bring you down” echo throughout the track.
4. “Easy to Be Alone” is a more laid back folk song that moves along an emotional soundscape, encouraging the listener to hold onto their loved ones and fight for them.
5. “Harder Times” emphasizes perseverance, even through adversity. Well-placed guitar rounds out the track into a solid song.
6. “The Garden” brings the listener into a simple but touching melody, filled with well-constructed metaphors.
7. “All My Friends” changes it up, instantly upbeat and quickly moving into a feel-good chorus that will make any listener appreciative for the important friends in their life.
8. “Sweet Melinda” comes next, a beautiful love song that starts off with some acoustic guitar. An instant classic, “Sweet Melinda” encompasses what a romantic folk song should sound like.
9. “Blind Men Still Dream” is a painfully honest track that explores the challenges we face, and the support that we always can depend on.
10. “Hold On Me” closes out Joel Levi on a simple but touching note with a love song. “Hold On Me” shows just one of Levi’s many musical aspects and gently brings the record to an end.