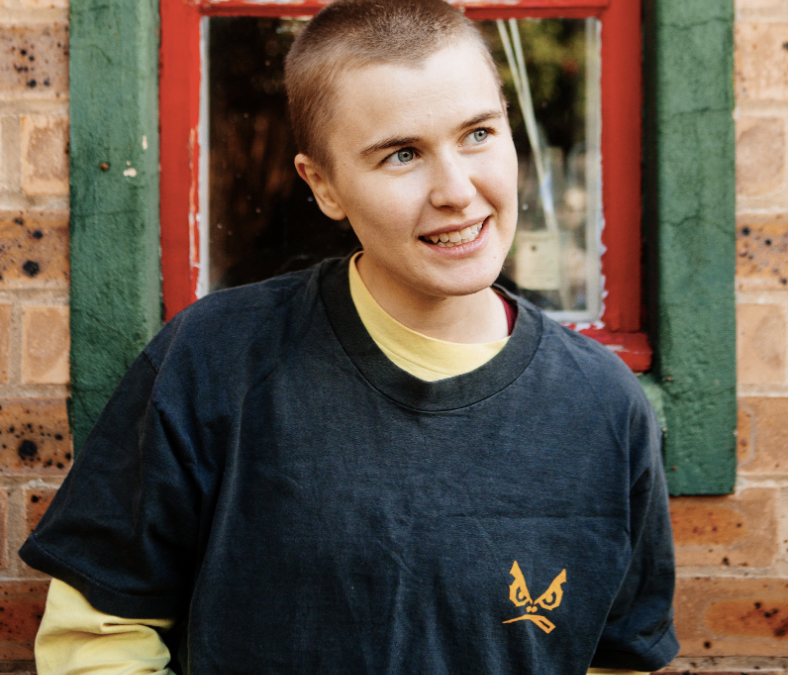 alex the astronaut, “caught in the middle”

Alex The Astronaut released her debut album, The Theory Of Absolutely Nothing, along with a music video for the single, “Caught In The Middle”. The Sydney-based singer takes to the tennis court with Australian music legend and drummer from The Go-Betweeners, Lindy Morrison. The video is directed by Tatjana Hamilton and playfully follows along with the song. All of this would not be possible if Alex Lynn, Alex The Astronaut, hadn’t moved from Sydney, Australia to New York in 2017 o a soccer scholarship to study Math and Physics at Long Island University. It was here that she turned her bold experiences in life into these heart-swelling songs.

The folk-infused pop track describes the trials and tribulations of life and how being caught in the middle puts you in an odd position. However, the video catches Alex in the middle of a tennis match. After being very serious and focused towards the beginning, both players lighten up and end up having fun. At one point, the two give up and start playing the drums with tennis balls whizzing past their heads. The back and forth of the hits by Alex and Lindy serve the purpose of moving the song’s storytelling forward. Between her abilities as an artist with her music and the power of the music video, Alex creates stories that you will find yourself falling into headfirst.