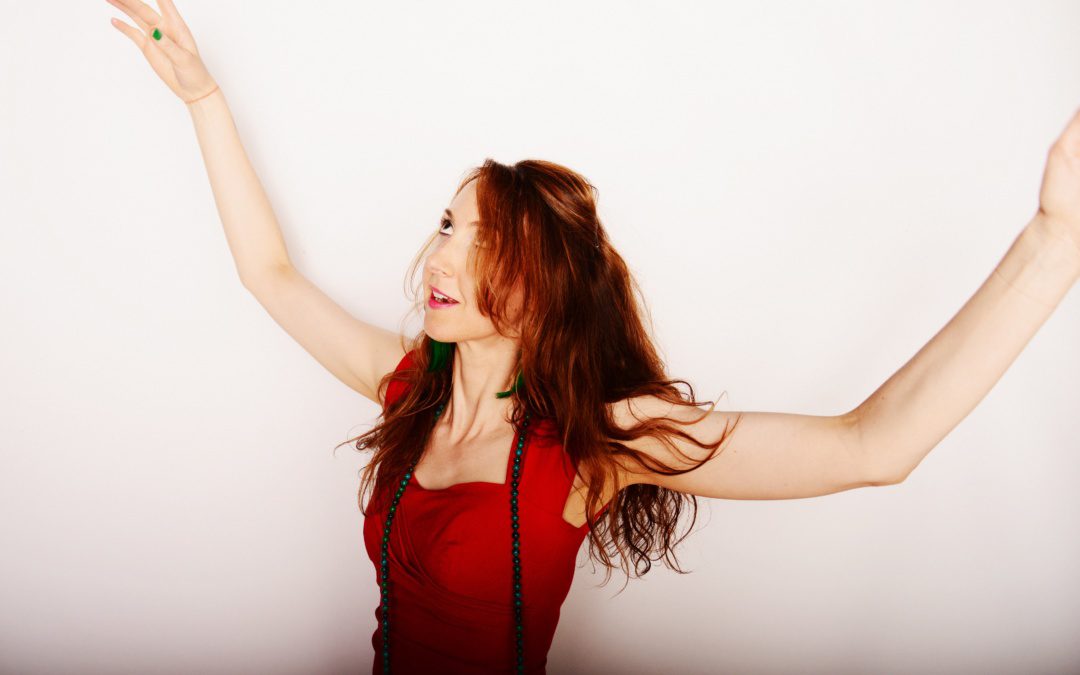 Jessie Kilguss recently released her latest album, The Fastness. The Fastness is the fifth album for the Brooklyn based singer/songwriter. The alternative-indie artist has a lot of things to offer on her latest album. The Fastness is an album of regrets, hope, love, and wanderlust. Jessie’s voice and style brings weight to the album as you can hear the Stevie Nicks and Norah Jones influences. The album has ten tracks, each song a little different from the last. “The Master” is a song about a person of great wisdom, holding the key to all the answers. Leaving his followers behind, Jessie asks “Who will be the oracle when he is gone?” “New Start,” tells the story of one’s ability to believe in love again. The hopeful and upbeat song will lift your spirits with lyrics like “I thought it was over, but I made a new start,” “Now I’m ready to be mystified, I know I’m not the only one,” and my favorite “You changed my mind.”

Jessie shows us her darker side on “Hell Creek.” The song is full of sinful regret, shame, and morbid themes. “I knew I the time had come to break myself free- and every thing went red,” cries out the singer. The song remains haunting with the line “Going down to hell creek, wash the blood off my hands.” The artist also shows off her love for travel and the world with “Spain,” and “Rainy Night in Copenhagen.” I completely related to the song “Spain” as I once fell in loved with Madrid and the beautiful lyric “Maybe I’ll find it here- Spain stretched out in front of me.” It describes the country perfectly. “Rainy Night in Copenhagen,” is a place to leave all your troubles. “So peaceful, so far away from home,” Jessie sings on the countryside. “I’m not ready to go home,” laments the artist as the song is a feeling of wanderlust, a thirst for the world- something we all experience at least once in our lives. The Fastness provides a variety of melodies to feed your soul, heart and mind. Jessie’s beautiful voice and thoughtful lyrics will take you to a peaceful place that is all your own.

The Fastness is currently available on major streaming services. Get your copy here. 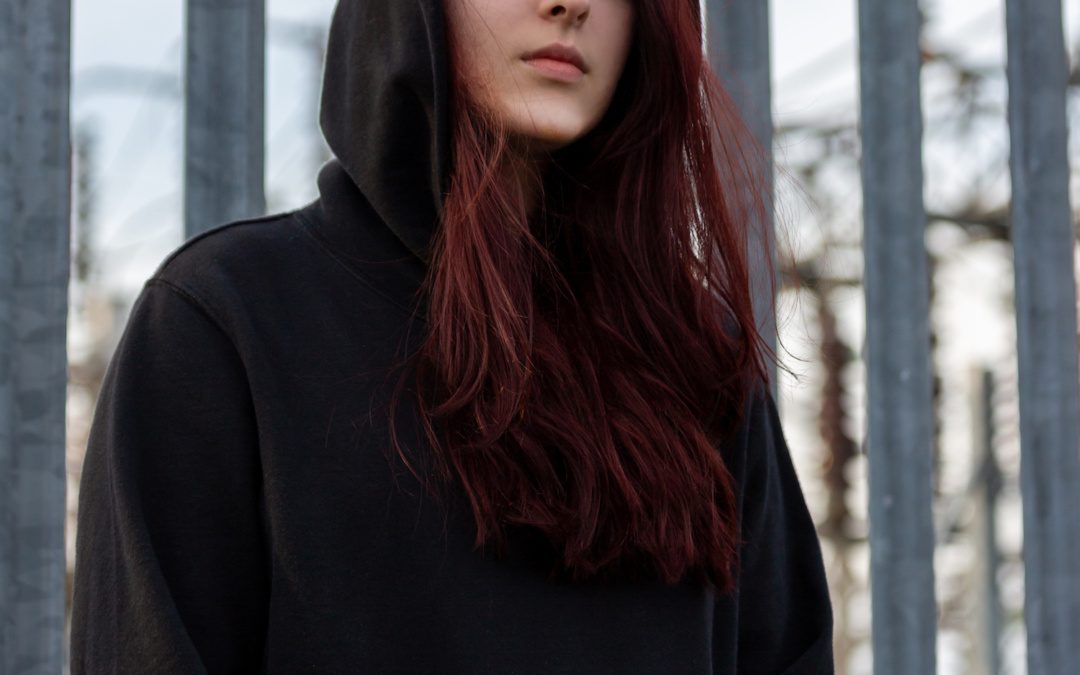 akine, “pray for the prey”

At the young age thirteen, solo artist Akine wrote her notable single “Pray For The Prey”.  Four years later, she is sharing her song “Pray For The Prey” with the world.  “Pray For The Prey” incorporates a number of genres taking inspiration from tribal beats, syncopated electronic sounds, and alternative pop.  What is so impressive about this track is how mature and riveting the lyrics are for someone so young.  Unsure of the world and what is next for it, Akine uses powerful writing to express her feelings of exasperation.  “Tell him you love him, he’ll shield you from every thing,”  Akine sings on a higher power.  “And we pray and we pray into this foolish masquerade,” proclaims the chorus.  Continuing her cry, “You think you’re blessed and best because of God.”

“Pray For The Prey” is Akine’s battle cry for humanity, the foolish, and the ignorant.  Her message will strike a chord with many, whether it is a positive or negative one.  The message alone is telling, but Akine’s divergent and compelling voice really brings the song home. 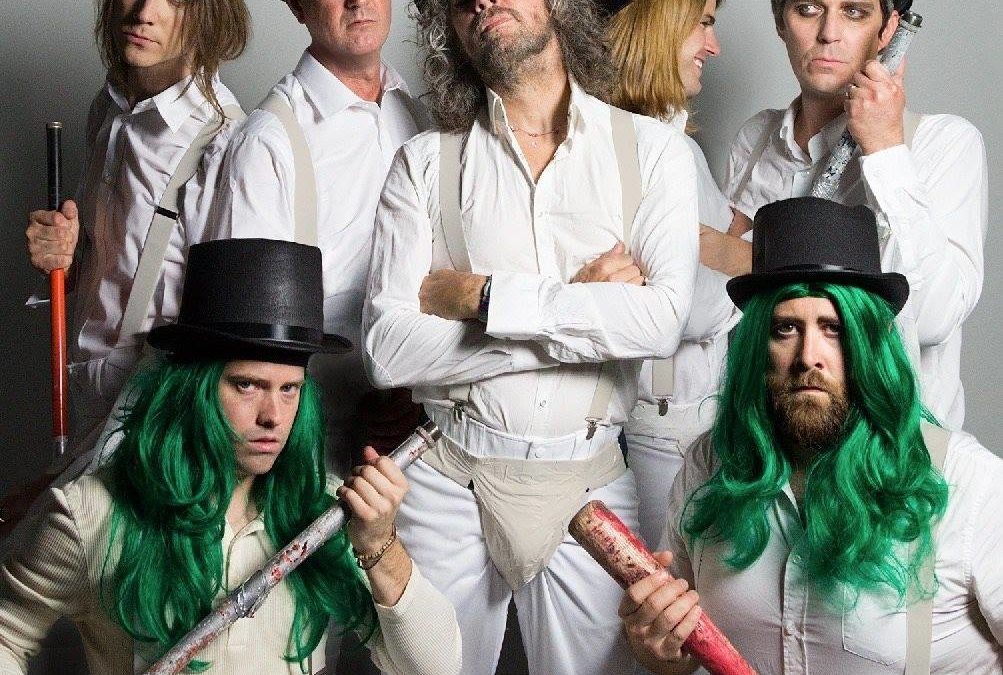 If you’re a fan of The Flaming Lips, then listen up! The classic rock band is giving a gift beyond your wildest dreams. As one of the most well known and influential rock band of their time, The Flaming Lips are pleased to announce the release of their first ever “hits” collection. The best news? The Greatest Hits Vol. 1 is officially out today via Warner Bros. Records. The collection will be available as a vinyl edition and as a deluxe edition (3-CD and digital).

The Flaming Lips offer so much in this collection, starting with debut hits such as “Transmissions From The Satellite Heart” (1993), “Clouds Taste Metallic” (1995), “The Soft Bulletin” (1999) and more recent tracks like “Yoshimi Battles”, “The Pink Robots” (2002), “At War With The Mystics” (2006), “Embryonic” (2009), and their current album “Oczy Mlody” (2017). If that weren’t enough, The Flaming Lips also include added specials such as studio outtakes, unreleased tracks, and international single B-sides on the deluxe edition. Other features include “Zero To A Million,” the unreleased demo track, “Spider-Man Vs Muhammed Ali” and “Silent Lord.” The collection is a great complication of the unique and creative sound that The Flaming Lips has spent so many years building. Here are the tracks for the two editions:

You can order the collection here. Keep up with them here. 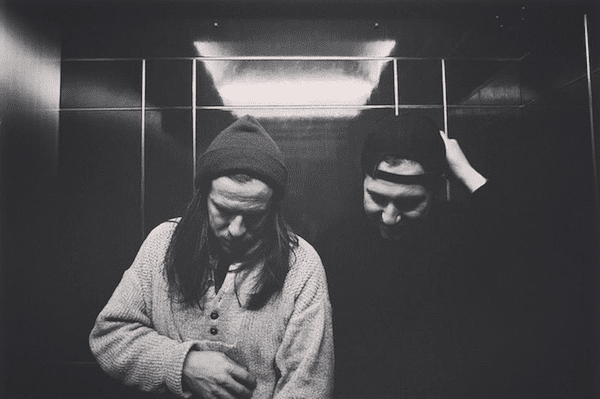 Following up on their debut EP For The Light, alternative duo Foreign Air just released their latest single “Loud Magic.”  The duo has toured with the likes of Phantogram, BORNS, X Ambassadors, and currently Bishop Briggs. Now they are excited to release “Loud Magic,” an alternative electronic track that grabs onto you. The track begins with a haunting intro, and incorporates synth sounds and a powerful buildup.  Right as the beat drops, Foreign Air shows off their vocal skills at the perfect moment, filling the song with intensity.

The lyrics are equally as powerful as vocalist Jesse Clasen hits with lines like, “I know that you want to be seen, I know that you want to be queen…every one wants to be king,”  “I know that you want to believe someone broke your trust,” and “I’m screaming out loud, I’m reaching for the clouds- will they listen to me now?”  Interestingly enough, the track’s hook is inspired by Michael Jordan. “I grew up watching the Bull’s as a kid in the 90’s. I had giant inspirational posters of him on my wall,” Jesse explains. “I wanted to capture that spirit in the chorus, that moment when the score is tied, you’re exhausted, and you just put up the last shot at the buzzer.”  “Loud Magic” is powerful, inspiring track that will have you feeling lifted and ready to tackle anything. 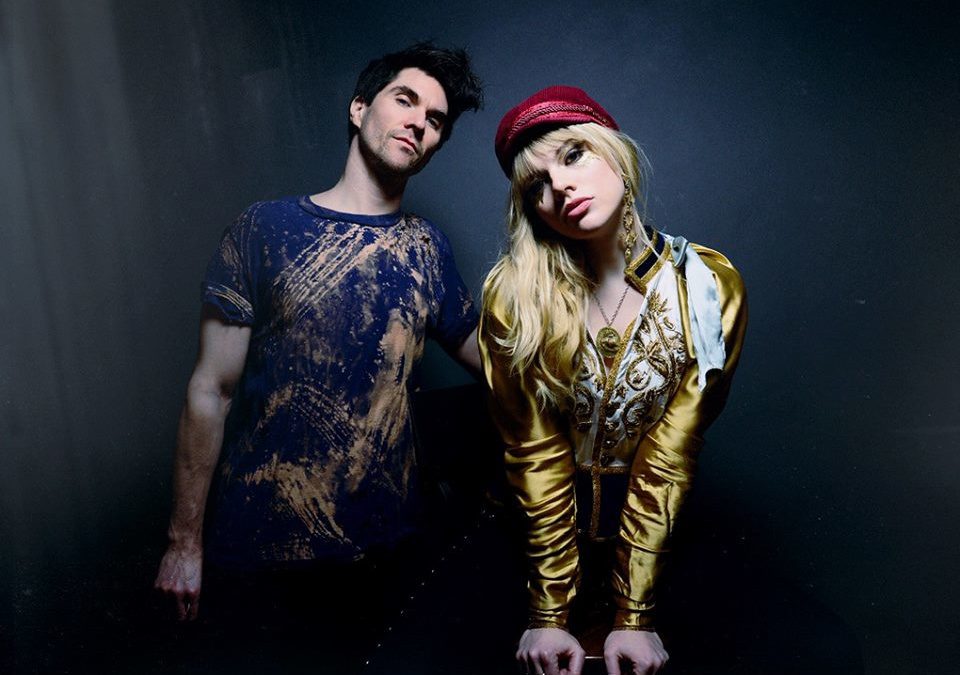 Scarlet Sails just released a new video for their latest single “Hideaway”. The rock band is made up of Russian born Olya Viglione, former The Dresden Dolls drummer Brian Scarlet, guitarist Mark Kohut, and bassist Kevin Jones. “Hideaway” follows up on the band’s 2017 debut album Future From The Past. Now, “Hideaway” is just the first of many 2018 projects for the rock band. Inspired by retro rock, Scarlet Sails brings a fresh twist on a classic sound on “Hideaway.”

The video is visually aesthetic in turn. Set in a Victorian-era setting, we see Olya playing ukulele from her vanity, and searching up and down the halls for her ‘hideaway.’ “Every thing I do, every thing I say…you’re my hideaway,” sings Olya with airy vocals. The song comes together with guitar solos and very present drums. Combined with Olya’s distinctive voice, Scarlet Sails really breaks through on “Hideaway.”

Keep up with Scarlet Sails here. 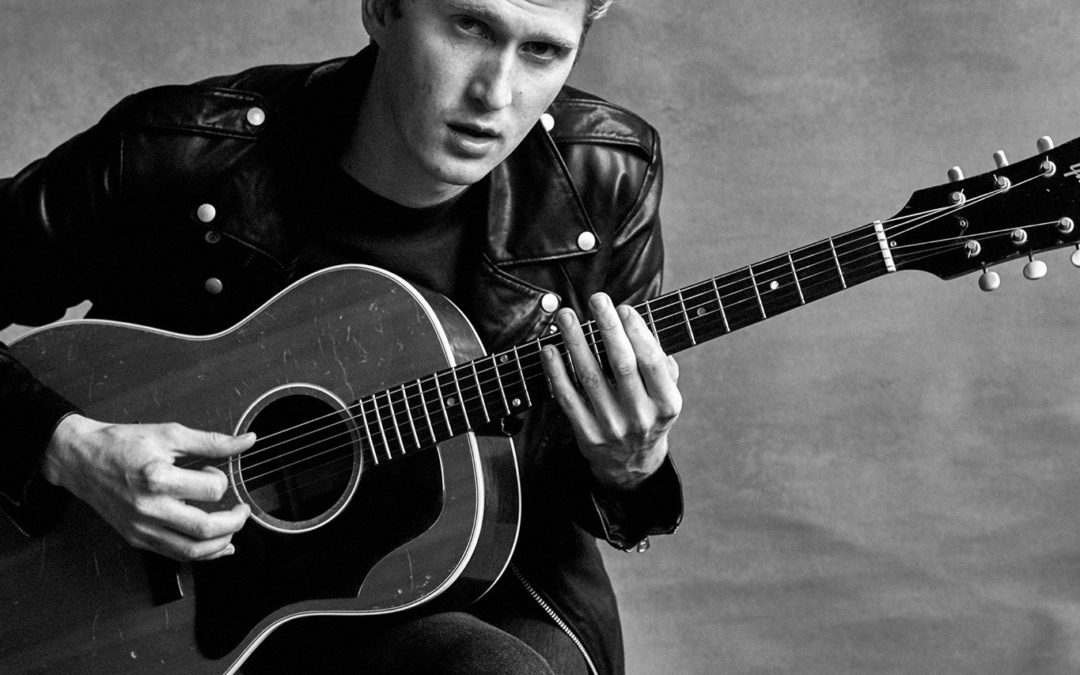 Nashville based singer/songwriter Connor Leimer just released his latest single “Brooklyn,” which has heartfelt but sweet lyrics and paints a bittersweet picture of love.  “I never know just how to feel, I never know just how to feel about you,” sings a confused Leimer.  The chorus “You’ll go back to Brooklyn and leave me here” absolutely tugs at my heart, as will most of this song.  While the lyrics aren’t the brightest, the feel of the song has an upbeat bop to it.  With a jazz feel, Leimer is reminiscent of Michael Buble, but in indie fashion.  “Brooklyn” is a simple yet meaningful song that suits a rainy day, or a corner spot in a cafe, reading an old book.  This is just the beginning for Connor, as this is the first song off of his upcoming project with Nashville sensation Matt Rollings.

Keep up with Leimer here. 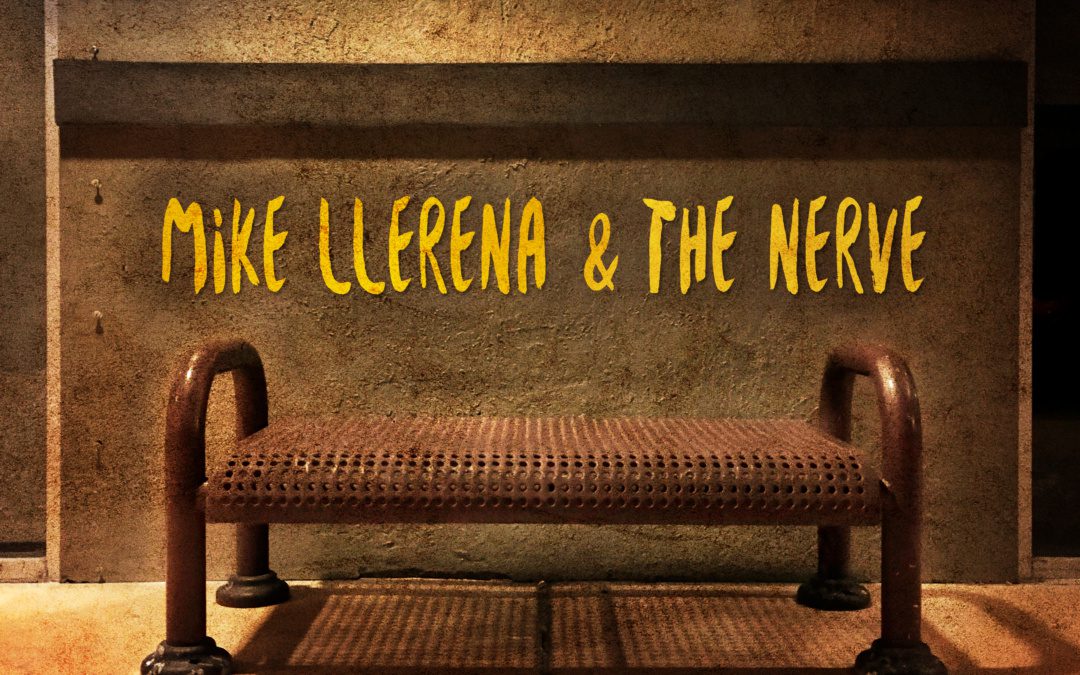 Punk-folk band Mike Llerena & The Nerve, just released their first single “Crossfire.”  The band is from Gainesville, FL plan to release their debut LP “Old Haunts & New Horizons” on June 15th.  “Crossfire” is an enthusiastic rock song and has a 90’s rock feel.  “All my force, all my metal, all my reason and you still won’t settle,” rhymes Mike on lead vocals.  The song has the perfect amount of “punk angst” to it.  “Caught in the corner of a crossfire,” the chorus reinstates the tracks frustration.  Aside from the lyrics,  Brian Jones on bass and Scott Marshall on drums, really bring the rock to “Crossfire” in a cohesive manner.  While their LP won’t be out until June, you can hear the new track below. 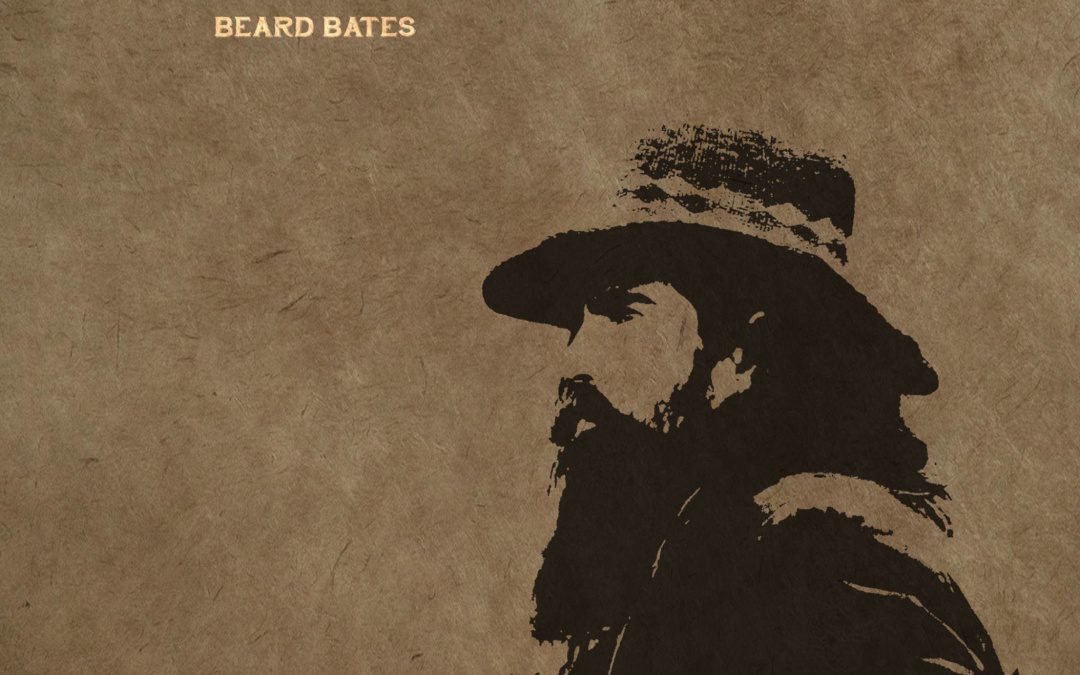 Alternative rock band Beard Bates just released their latest single “Lion Sheep Birds.”  The one man show is versatile as a singer, songwriter, producer, visual artist, designer, and author.  Like the title, the song is very unique.  It begins with a slow, eerie intro, creeping up on you until pleading vocals.  A lovesick song, “Lion Sheep Birds” weaves a story of remorse, regret, and memories.  “If I could go back, you know I would/I’d come back and save you from the horrible sting.”

Teetering between alternative rock and folk the track remains special in its own way and is inspired by Beard’s near death experience. “I almost died while scaling the wall of the Bronson Canyon cliffs in Los Angeles. I shouldn’t have been scaling loose rock walls in cowboy boots, but I was perturbed and in a rebellious state of mind,” Bates tells Buzzbands.La.

Keep up with Beard Bates here 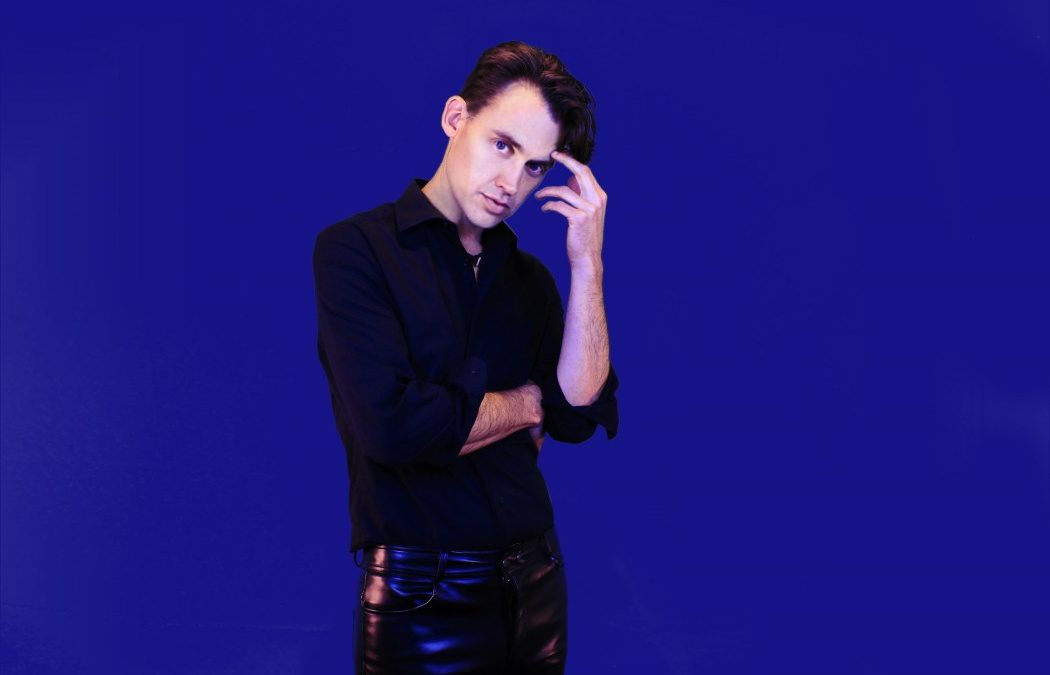 Keep up with Ward here.