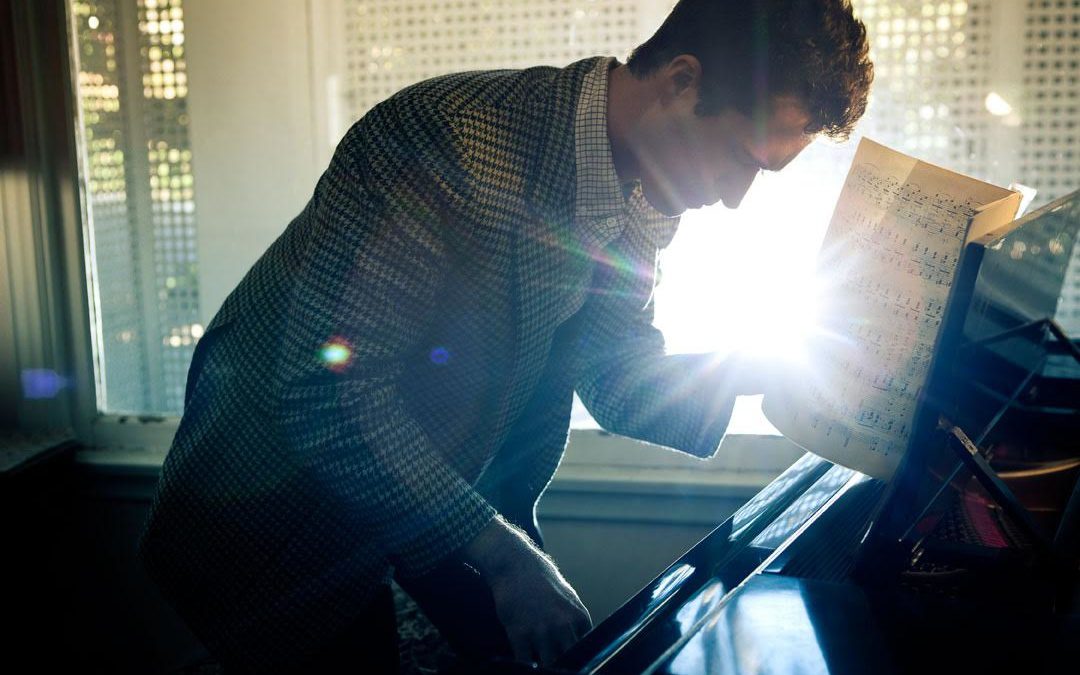 for a funky time, please call…

Los Angeles native Aaron David Gleason has officially released his latest – a full length titled Wry Observer – and we’re absolutely smitten. And we shouldn’t be surprised by his chops, as he is the son of Tony-winner Joanna Gleason and Let’s Make a Deal co-creator Monty Hall. His vocals somehow set smooth-as-honey, though they’re laced with a little bit of raw edge. Well-written and composed, the album itself is an actual joy to listen to. So check it out, but only after you check the playlist Aaron curated exclusively for Imperfect Fifth, full to the brim with funk and vim and vigor!

For a Funky Time, Please Call…

1. I’m Glad You’re Mine–Al Green
Well, I honestly don’t know of a smoother, more dastardly funky song. Al Green is one of the most innovative and impish artists of all time. Those drums are Al Jackson Jr. and he is a wicked sorcerer.

2. It’s Your Thing–The Isley Brothers
Can you sing this high up? I can’t. I try. It’s one of my vocal warm up songs. I’m still trying. Anyway, this tune is such a rave up, I adore it.

3. Poor Boy–Nick Drake
Can you be funky whilst being a true English gentleman? Of course, and Nick Drake did it as well as anyone. Orchestration by Robert Kirby made this song lift off the ground.

4. Soul Love–David Bowie
What a sneaky song this is; from the quasi Latin beat of the verse to the explosion of Mick Ronson on the choruses. Bowie mastered soft/loud/soft far before it became a thing. Top it off with a sax solo that sax players scoff at and dreamers love to dream to. Bowie knew culture and song were a mix of high and low art, and to do it all at once, well that’s out of this world.

5. Chain Of Fools–Aretha Franklin
The Queen of Soul had a golden period where she dug into Blues and Soul. This was another song written originally for Otis Redding. Man, he was a graceful guy, because Aretha often took his songs and did them to the 9s…I’m sure he was all about it 😉

6. This is Radio Clash–The Clash
The Clash had the most devastating rhythm section. Then came the mixing of dub style echoes and loops with bursting vocals. It’s no wonder they were the biggest true Punk band of all time. They basically made a Punk version of World Music–that territory is truly their own.

7. I’m a Greedy Man–James Brown
James Brown and Bobby Byrd spent so much time riffing together that they developed a mind meld. I’m SURE they could go in with three lyrics to a song and make an epic. That’s what is happening here. Check the moment when Brown talks about each member of the band and finally focuses on Byrd. “Talkin about YOU,” he implores on a very rare moment of heart felt camaraderie that wasn’t overshadowed by showmanship.

8. Kid About it–Elvis Costello
This song is about John Lennon. It’s opaque and mystical. And when you can have a song that doesn’t quite make sense and yet it hits you with tremendous poignancy, well then you have a great song. It’s also low-key funky, as the kids are saying. Yes, you can be funky in 3.

9. Someday Baby–Bob Dylan
Dylan is the king of rejiggering verses to fit his lyrics. So a 12-bar blues doesn’t stand a chance in front of HIS firing squad. Good luck Structure! Love this tune.

10. Coming Up–Paul McCartney
Paul is one of the best Bass players of all time– I don’t care what Quincy Jones says. Here is Paul, probably higher than a Georgia Pine, making a fun larkish tune.

11. Meat City–John Lennon
But if John wanted to up Mac, he usually did. What can I say, volatility has some benefits for maestros.

12. Theme From Blackbyrds–The Black Exotics
I can’t find any information on this band. That being said, this song has remained on my favorites list for 10 years and will be forever.