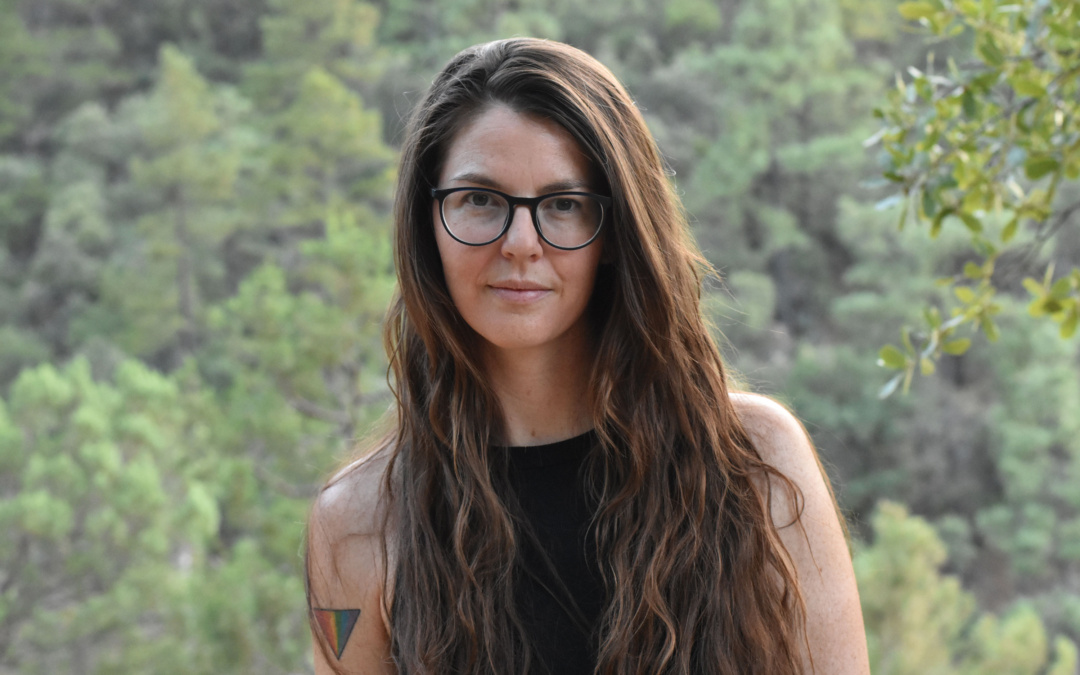 Sharkk Heartt, a moniker born from a period of starting completely anew in life, has released just 3 singles as such. But Lara Ruggles – the mastermind and solo artist behind the project – has seen transformation like no other throughout her music career. We are lucky enough to have the exclusive premiere of the new music video for her single “Work Fires” in advance of its release. And what a ride this particular video is!

Vivid, heart-stopping performance set to the backdrop of bold, gorgeous outdoor mural art made to look like natural landscapes. And all of this, from just the first two frames. Other ecosystems and landscapes are introduced to the fold, as a very literal interpretation of the lyrics can be seen played out by Ruggles and a male cohort in front of a mural, while she performs the song with grandeur to his unaware character.

“Work Fires” was created in a moment where Ruggles realized she might sometimes like to be a work fire for someone. Her personal anecdote? A music manager promised to come to her show and she was excited at the idea of being managed by him professionally. Yet, he ended up changing plans last minute. Explains the artist, “He’d gotten ‘caught up in a work fire. I had this fleeting, petulant thought of ‘I want to be one of your work fires.’ And then that became this catchy phrase that I kept tossing around in my head and started to add onto while I was still on the road.”