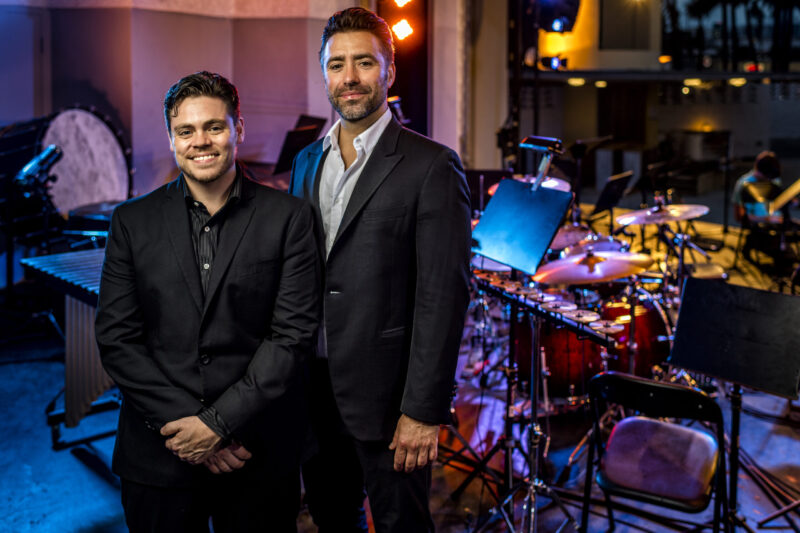 Miami-based contemporary hybrid orchestra Nu Deco Ensemble recently released a magical album with roots-rock sister duo Larkin Poe. “During the challenging times of this past year, music served the critical purpose of connection to one another,” Jacomo Bairos and Sam Hyken of Nu Deco Ensemble explain. “Among those valuable connections was our first collaboration with the amazing duo Larkin Poe and the live album that resulted from it.” Paint the Roses: Live in Concert reimagines a previous release from Larkin Poe. A recorded live music experience, the instrumentation in this work is absolutely electrifying.

Sam Hyken of Nu Deco has taken some time to curate an eclectic – and electric – body of music into a soundtrack exclusively for us. Made up of his favorite songs that he has arranged for Nu Deco, you will get a taste of what inspires and delights this duo while having a uniquely enjoyable time. So turn your phone on airplane mode and zen out for a while with some of their “Favorite Arrangements.”

Keep up with Nu Deco here.