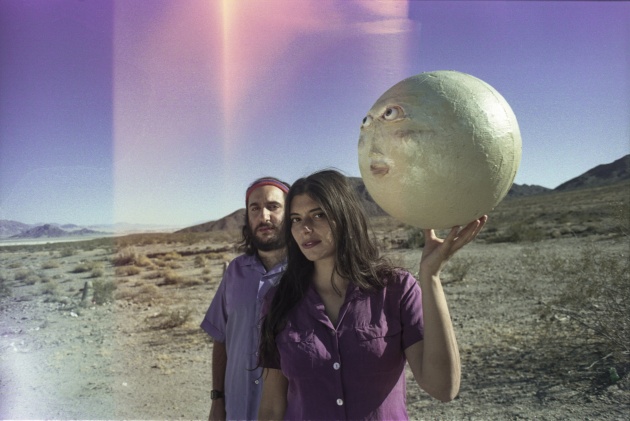 Pearl & The Oysters are celebrating not only the release of their third album Flowerland, but the title track has itself a gorgeous music video to accompany it now. Filmed as though it’s aged decades to mirror the French-American Psych Pop duo’s audio energy, the art lies in the video’s visual “imperfections.” The lime green hues in the feedback add a boost of color to the otherwise largely dual-tone shots.

Hints of navy blue and flashes of magenta give the video dimension, and a sense of nostalgia, as we enjoy Juliette Pearl Davis (lead vocals, flute, synths) and Joachim Polack (keys/synths, backing vocals, bass, guitar, violin, percussion) enjoy an afternoon amongst the flowers.