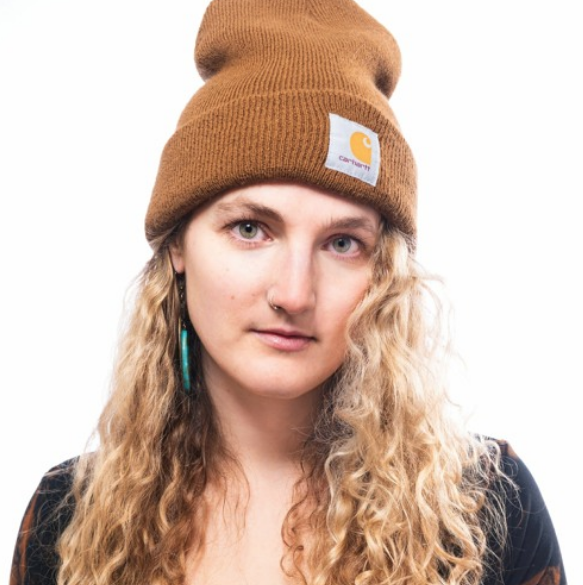 Do you thrive with routine, or with a life that throws new situations at you left and right? How do you think you would fare on the road, having every day be a new adventure? On one hand, it could be an incredible and mind-blowing existence. On the other, having stability can really be a must for mental health.

Musicians don’t often have the luxury of choosing, since touring is such an integral part of the business. While artists cope with the pitfalls of van life, touring can be an eye-opening experience. Madeline Hawthorne’s new track “Strange Familiar” examines the concept in a way that is almost thrilling. Her angelic vocals float across stirring guitar chords, humanizing a life that is strange, yet also familiar.

“Strange Familiar” for me is about struggling to find normalcy in a world where everyday is new and different. It’s about trying to find a place where I can thrive everyday without routine; routine like waking up at the same time, waking up in the same place, going to bed at a normal hour…those aren’t routines afforded to most touring musicians, especially when you’re just getting started. And yet we all have to find a way to be in it and enjoy it; even in the dark crevices of 4ams, 10 hour days on the road, empty shows and long stretches of time away from home.

I remember closing my eyes when I wrote the first line of this song and put myself back in the tour van with the band. The van (affectionately known as Loretta) was my normal life. Getting to Loretta after a show and being with the band felt like being with family. So I just tried to paint a picture of what I’d see everyday, getting into the driver’s seat and taking off for the next town. The rest of the song fell into place pretty easily after the first few lines. I know many of us are struggling to find normalcy everyday, regardless of whether or not we go to bed at the same time or wake up in the same place. This is a song that encompases that feeling for me and I love the groove we came up with in the studio. Hope you enjoy!

The release is technically out tomorrow, but we’ve got your exclusive first listen.

Madeline Hawthorne Music · Strange Familiar
Meredith Schneider
Editor in Chief at Imperfect Fifth
Meredith is often referred to as an entrepreneur, photographer, writer, and multi-media maven. She is currently the Editor in Chief at Imperfect Fifth, Co-Owner/Co-Producer at DoubleTake Productions, a ticket seller at a concert venue in KC, and a freelance writer/photographer. In her free time, she likes to make baked goods and complete DIY projects alongside her trusty – OK, not so trusty – cat Schmidt. She loves Batman so much she named her car Bruce Wayne. You can find her random musings on Twitter and Instagram.
Latest posts by Meredith Schneider (see all)