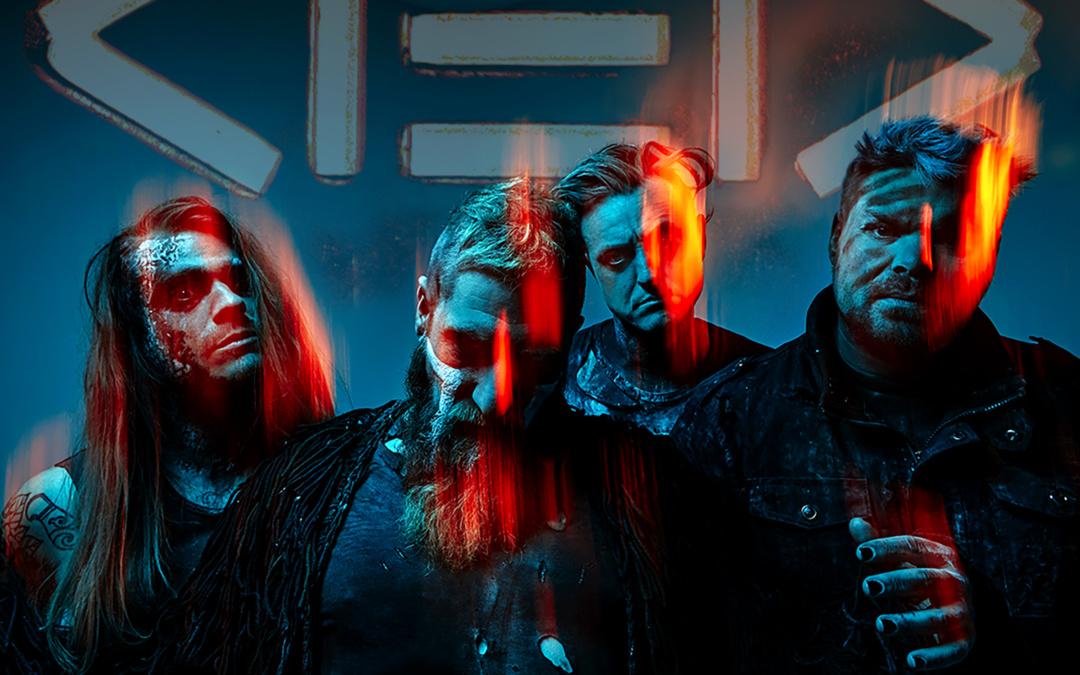 On March 12th, DED, the four-piece nu-metal powerhouse from Phoenix, AZ, released a 2-track mini EP titled Mannequin Eyes – and it’s worth screaming about. Not one to be missed, this heart-pounding release is features radio hit “A MANNEQUIN IDOL (Lullaby)” as well as premiere single “Eyes Sewn Shut”.

The elements present in Mannequin Eyes represent the best of DED’s idiosyncrasies, including riffs that move at the speed of light, haunting vocals that invoke the fear of God, and messages that scorn the replicated and mundane. But with track “A MANNEQUIN IDOL (Lullaby)”, DED manages to weave aspects of three distinct genres into one robust arrangement, not unlike multiple personas battling over the mouthpiece in conveying DED’s distaste. Bearing themes of disgust for the conveyor-belt machine of the modern music industry and all things ingenuine, vocalist Joe Cotela leads the wind-tunnel dynamic of this thrashing headbanger by employing a refreshing variation vocal styles that push the affect of the track over the listener’s head and through the roof. Through verses of this track, the transitions between intense, horrifying whispers to screams representative of classic “metal” reveals DED’s talent within their wheelhouse – But Cotela’s switch to a resounding pop-format chorus marked by vocals more reminiscent of modern alternative rock display the band’s versatility in managing a tidal wave of emotion as it pulls back and forth, over and over.

“Eyes Sewn Shut” is closer to a standard nu-metal/metalcore screamer, with lyrics like “I won’t be silenced, don’t make me violent / You get what you deserve”. This track continues DED’s message of rejecting the reality forced upon the many by the few, and like “A MANNEQUIN IDOL (Lullaby)”, features a chorus that has leanings toward modern alternative rock laced between its slamming accompaniments from guitarist David Ludlow, bassist Kyle Koelsch, and drummer Matt Reinhard.

Mannequin Eyes is DED’s first release since 2017 breakout album MIS-AN-THROPE, which pushed the ceiling with a sky-high stream count from the moment of its inception. Prior to the album’s debut, the group released three singles in anticipation: See “FMFY”, “Anti-Everything”, and “Dead to Me”.

DED is set to release another full length album in 2020. Starting March 24, the group will tour with In This Moment, Black Veil Brides and Raven.