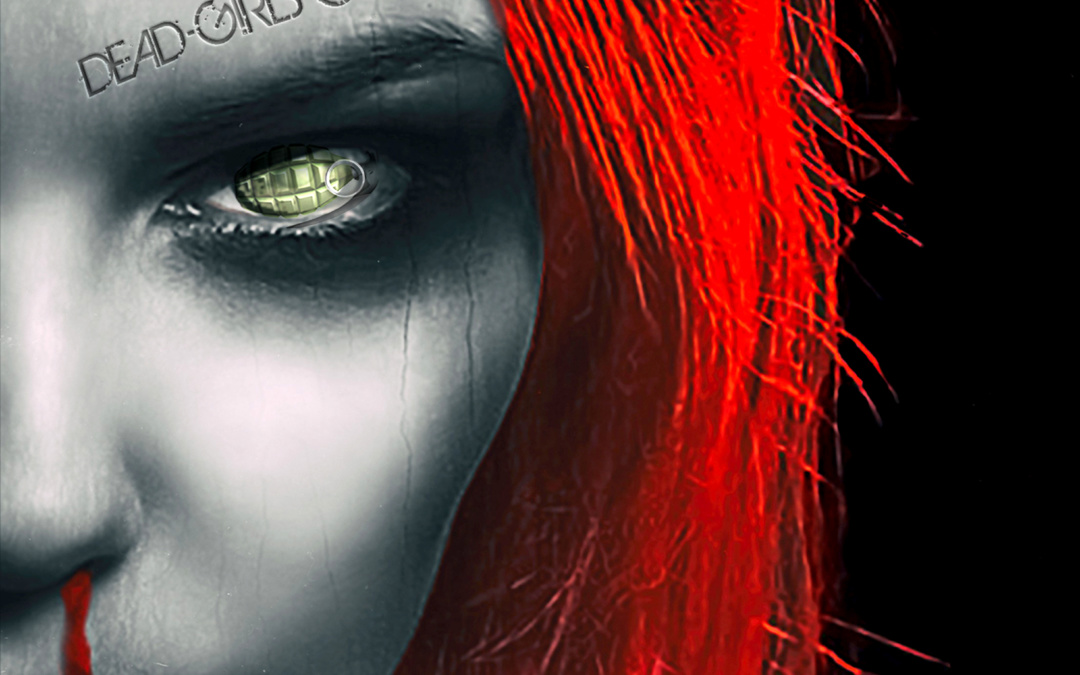 Dead Girls Corp. recently released an album. So what’s it like?  Read on and you shall discover.

The album starts with Dead Girl, the feel of the track is very much 90s metal.  It has nice droning chugging guitars and potent vocals.  I also like the industrial feeling you get on this one.

From The Bottom is next, this has a gorgeous old school industrial start and feel, I must admit the feel of the music is nothing new but it’s amazing just by being what it is.  This track has a lot of power behind it both vocally and musically, some very nice potent and energetic drumming here.

X’s No O’s again has that classic industrial start, the music is very packed full of sound which can sometimes detract from each angle of the music but this is not a bad thing.  Again this track is nothing different from the previous two tracks in any way, but the music is one you find yourself moving to.

Alleys Of Death is by far the most melodic of all the tracks so far with great placement of each part of the music, it doesn’t feel as slightly too full as the previous three tracks do.  This has a cock rock feeling to the track vocally and also the way that the guitars screech.

Ask For It is really a track that has very prominent vocals and guitars, they just seem to dual with each other yet compliment each other at the time.  Though at points when both are full on they tend to drown each other out somewhat which is a shame as it detracts from the feel of the song.

Flesh For Fantasy again has a cock rock feel but this time it’s melodic and very sexy, almost orgasmic industrial metal.  On this track the vocals sound like a sensual but aggressive David Coverdale. I like the music on this one, the backbeat is good but the guitars seem to tell part of the story which is quite clever.

Can’t Change does what some of the other tracks on this album don’t, it harmonizes the clutter of the music.  It’s full on sound but with etiquette and emotion, I do love the slight echo on the vocals here as it adds a slight excitability to the feel of the music.

Promise Me is a track that is something different to other tracks on this album, this has more a late 90’s nu metal feel yet with a more slightly classic guitar sound.  It’s almost a homage to the greats of that era like Stabbing Westward as it has that slight feel to it.

VDay comes next and to me as the album is winding down then so is the music, VDay is a lot more mellow than the other tracks but yet it does slightly peak at points.  It has them chugging guitars again but yet there is something about this track, so far from what I have heard VDay is my favourite so far.  It’s heavy, melodic, light and a true belter of a track.

Just The Same does similar to VDay, it winds down from the other tracks.  Again this track is lighter, it’s less cluttered than some of the other tracks and I must admit this one is very harmonic.  It just seems to fit well together, for the first time here you can hear the bass perfectly. Liking this track a lot.

Dynamite is again quite light compared to the beginning tracks, David Coverdale esq vocals make a return here.  The music ebbs and gets a bit more heavier than VDay and Just The Same but then it calms down again, I think it’s perfect for the setting lyrically here.

And last but not least we have Worth, oh the bass here is very sexy.  Only issue here is at points the music becomes cluttered again which kind of spoils what is a very catchy track, it’s just a little bit too much I feel.

Overall I feel this is not a bad album but there are quite a few tracks where the music is just too full and it becomes very cluttered which detracts from the actual talent of Dead Girls Corp.  As the album comes to a close the music mellows and shows the true expertise of each of the musicians, vocals are amazing but they do get overpowered by the music sometimes.

If you like decent industrial then this album is for you, it’s nothing new but it does keep alive a genre that we don’t tend to see much of these days.