bette smith, the good, the bad, and the bette 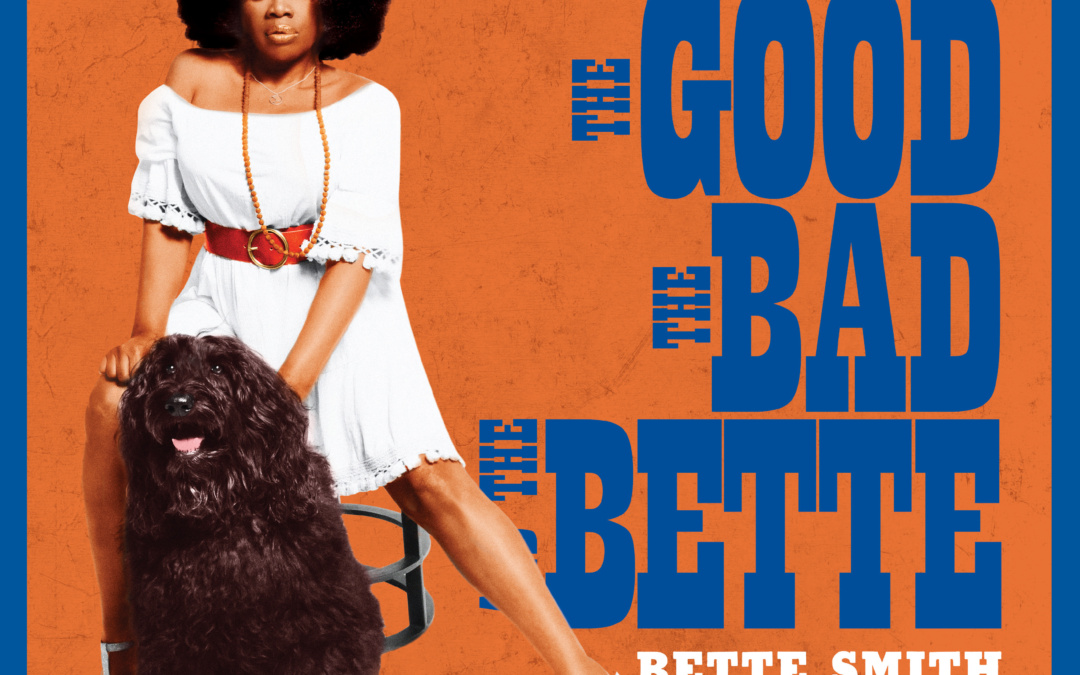 A darling of charts and critics alike, Bette Smith is back with her wonderfully ferocious new album, The Good, The Bad And The Bette. Intrinsic to the wild rock and soul singer’s music is the connection that she made between the gospel she heard in church and the soul music she heard on the corner growing up in the rough Bed-Stuy, Brooklyn. Throughout her childhood, Smith was steeped in gospel music. She remembers, “My father was a church choir director. I was singing since I was five years old. I take it to church. I just break out, start speaking in tongues.” She also heard gospel around the house every weekend. “My mother listened to nothing but gospel,” she recalls, citing Mahalia Jackson and Reverend James Cleveland. “Every Sunday morning, she would get up and put on these records while dressing and praising the Lord.” In The Good, The Bad And The Bette, Smith and producers Matt Patton and Bronson Tew explore the power of soul and match it with the edge of rock music, going for a Southern rock soul/Aretha Franklin/”I once was lost but now I’m found” vibe. Sure enough, this album feels very much like rock, but with a blues/gospel attitude, with tracks embodying various feelings of comfort, anger, passion, friendship and even vulnerability in the form of rock-centric bangers, powerful gospel anthems, and even a few tracks that have the taste of a ballad.

But before we can delve into the tracks, we must take a moment to praise Smith’s lustrous vocals. She is gospel, through and through, and you can hear it in the way she sings, but more than that you can feel the years of immersion in gospel and soul that she experienced growing up. Her voice is rough, raw, and absolutely delectable.

But it’s amazing to hear the ways she can apply those vocals to so many different emotions. There’s the groovy comfort in lines like “Don’t be afraid, all is well, I’m here” in “Signs and Wonders” that guides you through the classic blues-rock harmonies, which are revitalized by fresh guitar sounds and colours from the brass. But there’s also the touch of anger that emanates from “Fistful of Dollars” that then diffuses into the passion of the sparkling “Whistle Stop.” Smith sprinkles some sweetness in “Song for a Friend”, complemented by the satisfying backing harmonies in the chorus. But even in the vulnerable, stripped back state of “Don’t Skip Out On Me” she maintains the attitude that can be so central to both rock and soul music, which is quite admirable.

Even in the softer songs, The Good, The Bad And The Bette has this incredible energy to it. This is an album of dance songs, and its magnificence desperately calls out to be heard live (please, COVID…) . Smith herself values the redemptive experience that touring has given her. “It’s amazing, like a dream come true,” she says. “It’s very spiritual and I go into a trance when I’m singing. The fans are like family. I feel very loved. They are very present. I went through all of this so I could sing and now that I can sing I’m finding the love that I’ve been looking for all my life.” Some of the anthems like “Pine Belt Blues” and “Everybody Needs Love” also hold some of the greatest lines that one could belt out with Smith as you watch her on stage. The sultry gospel singing in “Everybody Needs Love”, along with its anthemic harmonies and lines like “Everybody needs love, just like they need the sun and moon and stars above” create a beautiful and totally universal sentiment that would be so powerful in a live setting.

To finish things off, Smith offers “Don’t Skip Out On Me.” The track slows things right down, beginning with just Smith and some acoustic guitar. As more instruments are threaded in, touches of effects create this resonance that makes the space she’s singing in feel so much bigger. Midway through the song, there’s an echoing trumpet solo, which takes individual segments, offsets them and then weaves them together to make beautiful patterns of sound that ring out in their own world before joining the rest of the music once again. It’s this gorgeous interlude that comes as a surprise yet fits in perfectly with the album as a whole that makes the final track on this album the standout. At first the choice to end off with a slow song was surprising, but after listening through, the majesty of this track proved to make perfect sense as an ending.

The Good, The Bad And The Bette is a vivid marriage of rock and soul music that displays Smith’s rich background in the genres and envelopes the listener in a variety of emotions by means of colourful bops and sentimental ballads that are united in their unrelenting attitude and firepower. One can’t help but yearn for the day that these tracks can be heard in their full glory, on stage.