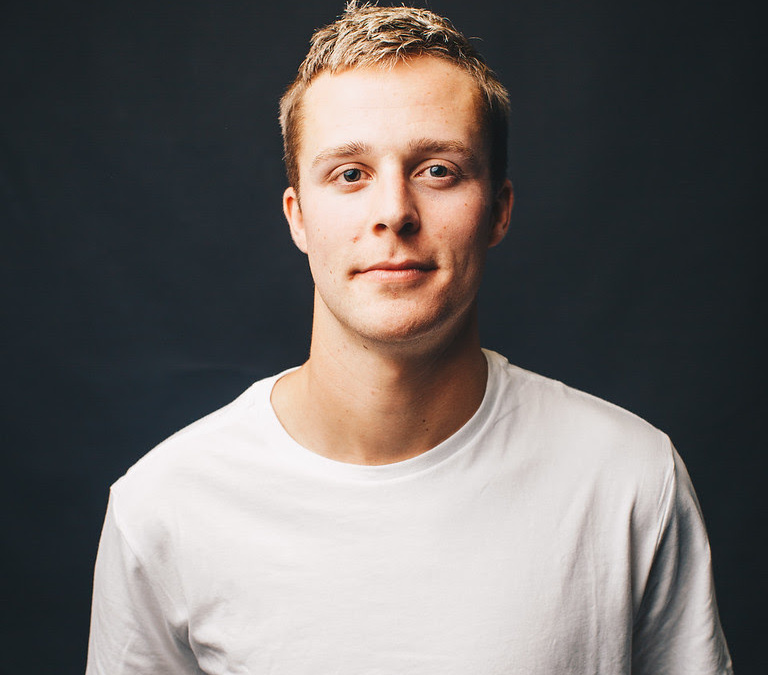 Coming out of Oklahoma and deciding to work as a solo artist post-rock band world, This Coast Bias is giving fans a sweet taste of what he’s been working on lately with his newest smooth pop track “Poison Candy”.  With a plethora of musical influences to look to when creating a track, it’s no wonder that he is gifting us with such dynamic, multi-layered creations.  This latest addition to his discography cleverly uses sugary metaphors and pop synths to craft an understanding of how something can feel so great while potentially causing our lives to slowly crumble.  Of course, he makes the case for why we choose to keep these things around, it simply makes us feel good.  It is important to point out that This Coast Bias seems to have found a sound that makes us feel good without creating turmoil, so maybe we should stick with that.

He says of how he got a taste for the track:

“Poison Candy” is about habits.  Whatever it is, we all have things that taste sweet but cause ‘cavities’ in our lives. Whether it’s a girl or boy, our spending, or iced coffee, we can cause problems by sticking with something we probably shouldn’t. In this case, it’s about a girl I was dating. 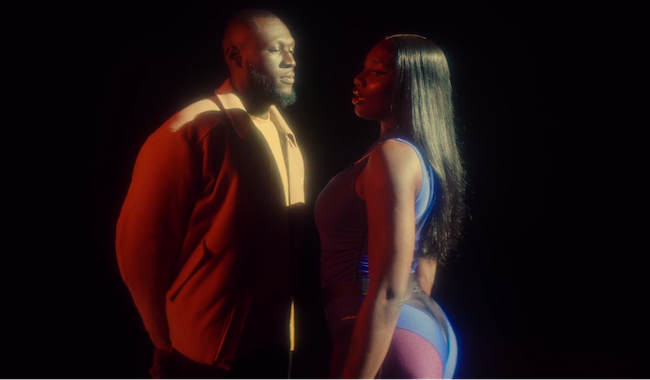 When a French artist teams up with a British rapper, a bilingual, chart-topping, a smash like “Plus Jamais” (which translates to “Never Again” in English) is likely to ensue.  To make matters even more exciting, the duo just dropped the spinning video that accompanies the track, which shows the two artists alone in separate rooms struggling to come to terms with the end of a relationship but recognizing that it is probably the best thing to do.  Throughout the entire thing, both of them work to recognize the importance of getting up and moving on but find it to be a daunting challenge.  While one seems to be experiencing regret in giving so much of herself to the relationship, the other is worried that she will find love elsewhere.

With clever artistic choices throughout, the “Plus Jamais” visual is a must-see.  It is easy to see why the track has had the success that it has.  Not only does it combine two powerful stars and two languages, but it also tells a story using vulnerabilities and frustrations on top of a sentimental instrumental.  “Plus Jamais” is an all-encompassing feels trip.

Nakamura says of collaborating with Stormzy: “I was so honored Stormzy said ‘yes’ immediately. I was especially interested in his distinct singing voice. I wanted him to bring that sweetness to the track.” 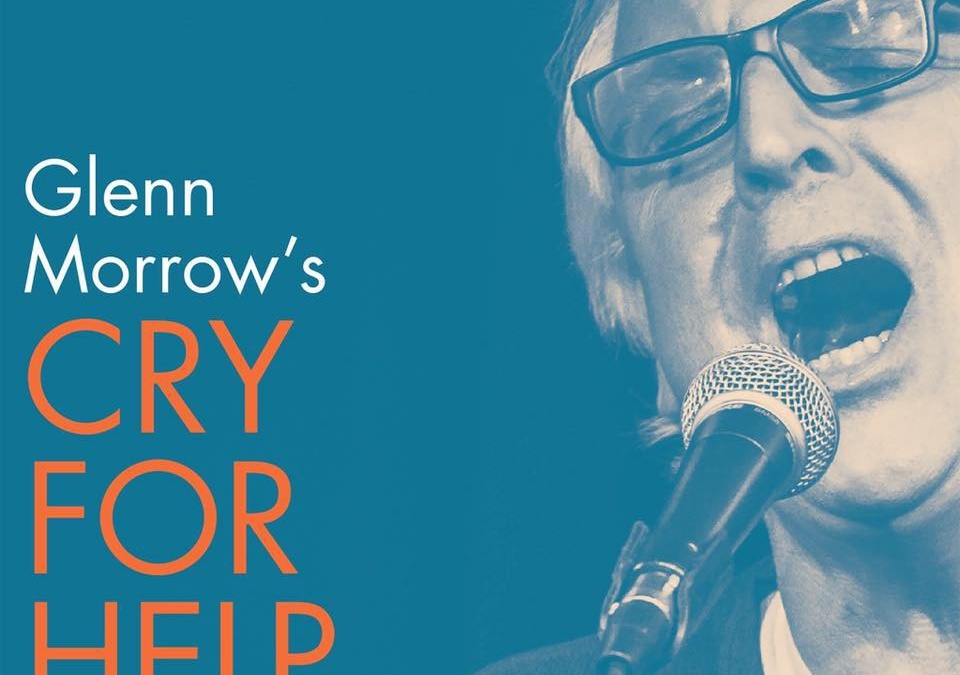 In his return to performing, Glenn Morrow put together a group of talented musicians to form a band, Glenn Morrow’s Cry for Help.  Out of that band comes a new album, 2.  For anybody yearning for more rock and roll in their lives, 2 is the perfect place to turn.  Filled to the brim with some answers to tough life predicaments and a way to move forward, the album is the perfect opportunity to just sit and be cozy while enjoying important stories and comforting melodies.

A major theme throughout the album that creates this heartwarming feeling is simply the idea of moving forward.  Tracks like “Soul Hold” and “The Sun the Moon the Scars” are warm reminders that bad times don’t always have to stay that way.  The latter song provides a jazz-esque sound, making it one of the most memorable tracks.   There are also songs that fall more on the side of yearning for more, namely “Come Back”, “Watch it Burn” and “Other Side of the Dream”.  The group provides layers of emotion that truly represent what life can be like, sorrow mixed with some fun, making it a sobering and comforting experience. 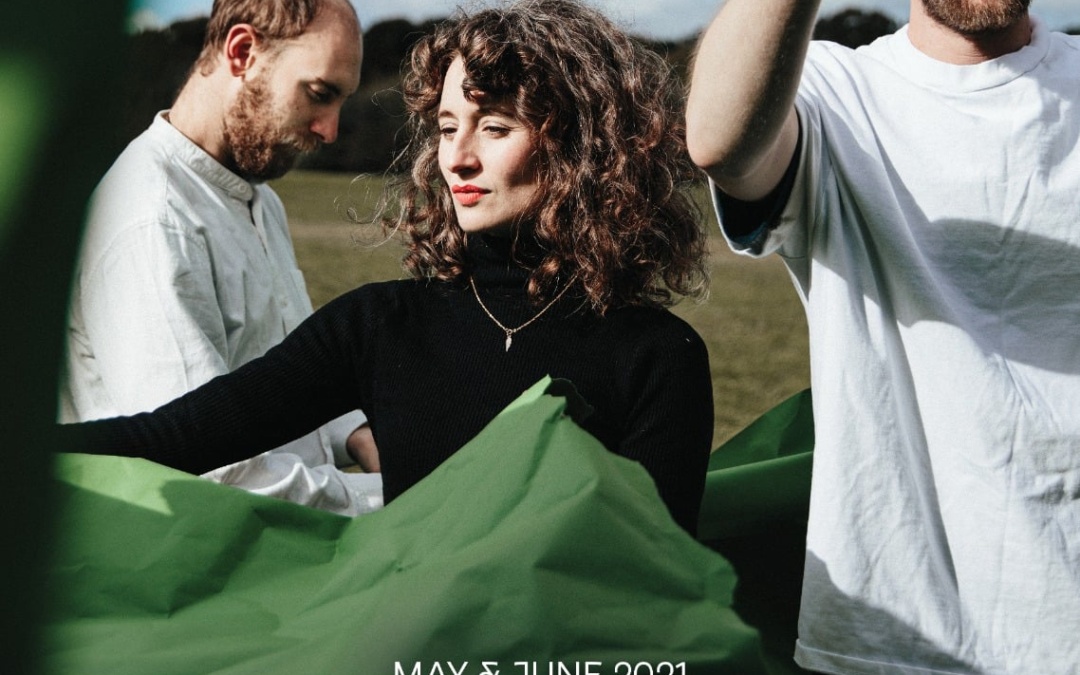 Following the release of their first single off of their untitled 2021 album, Elder Island are allowing us to dive deeper into this upcoming world with their newest single “Small Plastic Heart”.  With a sound that stands out amongst the many different things we music lovers hear every day; the track proves to be the perfect teaser for anything this trio out of Bristol, England have to offer in the future.

Yes, this is a pop record.  However, the trio do well for their “electronic-pop” title.  With echoes of electronic synths, it is easy to say how simply fascinating all of the layers are.  At certain points in the song, these layers work together to create the feeling of anticipation for what might happen next in the story.  Of course, there may be some room for nuance, but the story being told has personal touches that linger throughout.  Regardless, Elder Island know how to not only capture attention, but they know how to keep us drawn in and ready for what is to come. 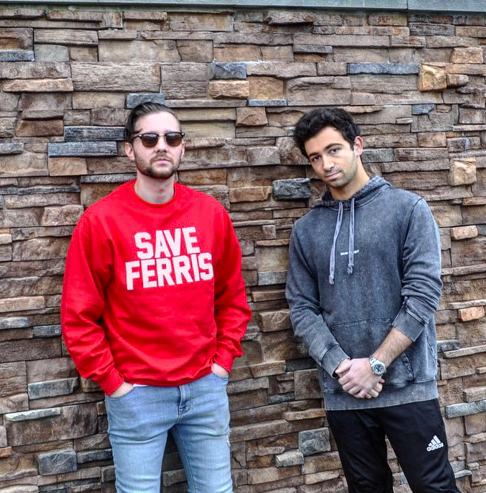 With a powerful yet heartbreaking dance tune like “Blame”, it makes sense as to why duo Yardhaus was successful in opening for superstars like Marshmello and Zedd.  They are superstars themselves.  The infectious production of the tune by itself proves why they are a force to be reckoned with.  But beyond this groove, there is a story being told.  The lyrics speak of the ability to foreshadow that a relationship is going to end pretty much before it even got started.  This crash course in understanding toxic relationships could have become the next heart shattering breakup ballad, and we would have loved that, too.  But the combination of catchy electronic beats and a sobering story of lost love is what makes Yardhaus the superstars they are.  By marrying the two ingredients that many look for, they prove that they want to bring everybody on their journey, and we all want to join.

The duo says of the track: “‘Blame’ is a hybrid between dance, pop, and electronic. The song is about knowing how a relationship will end, even from the start. It speaks to the toxicity and short-sighted nature of transactional relationships.” 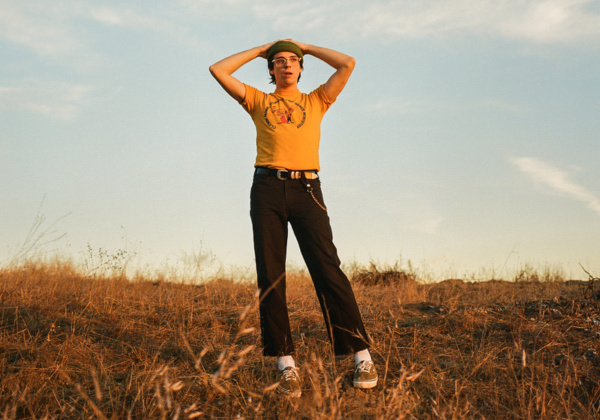 Rock/folk creative outlet Coma Girls, run by Chris Spino, is gearing up for an EP release next month.  To get us started, he is giving us a taste of the title track, “Skyboxer”.  In true rock fashion, the track is filled with guitar-heavy moments with sticky melodies and raw vocals.  It is the perfect modern rock song, utilizing the loudness that makes rock what it is while taking the best of what modern music has to offer and blending them into a cohesive whole.  Combine this with the stirring storytelling found in the lyrics and you realize Coma Girls has got it all.  A story of loving and losing being turned into an explosive rock tune tells us to stay on the lookout for what Spino plans on bringing next.

Spino says of the creative process of the upcoming EP: “We were able to explore each song differently but give it a common thread as well.  It’s supposed to take you places.  It’s more like a form of escapism.” 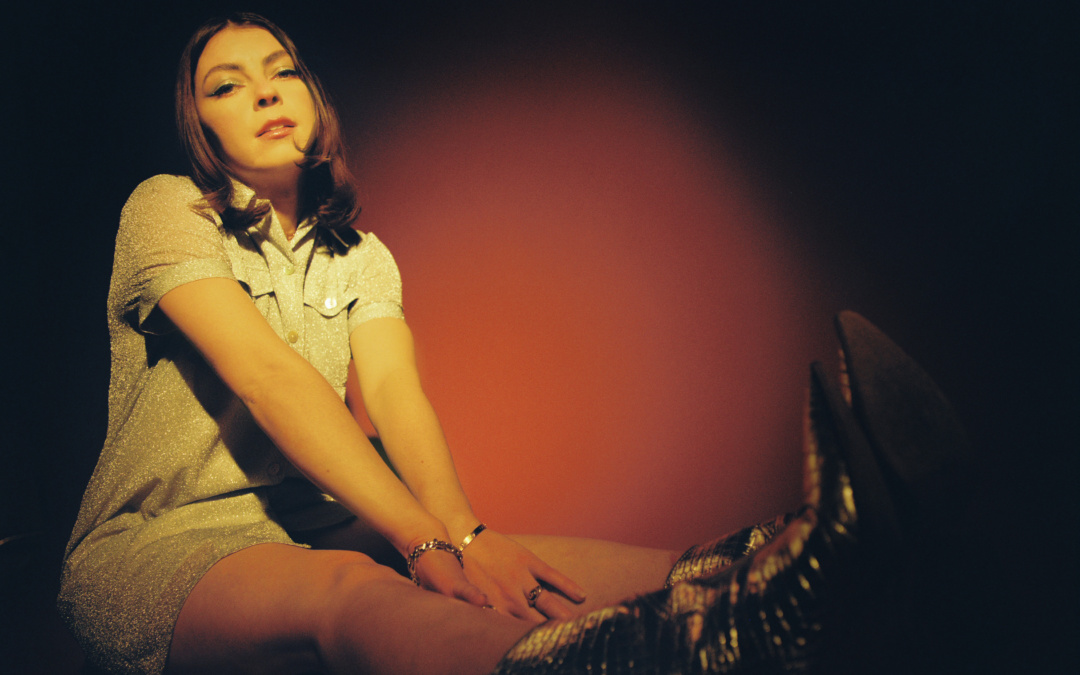 In the video for “Silver Cowboy Boots”, Anna Shoemaker prances around a motel room trying to forget about the person that broke her heart.  While some of these methods of mind-erasure involve food and drinks, Shoemaker finds that the best way to rid your mind of an unwanted person is by donning a fresh pair of cowboy boots.  So, she does.  The track itself, which features Invisible Will, is essentially a love story to the boots.  The video is the story of how boots are unable to bring you down and put you in a bad place, unlike the relationship she just got out of.  Still, there are moments of vulnerability where Shoemaker admits that it isn’t that simple to get somebody off your mind.  In any case, “Silver Cowboy Boots” can serve as a reminder to us all that sometimes all it takes is a little something simple, like cowboy boots, to clear your mind.

Shoemaker says of the inspiration behind the track:

I wrote this song after my ex and I broke up for the second time. He seemed to be doing fine and I was still heartbroken. I was in the studio sad, hungover, and wearing these insane silver Fendi cowboy boots I had bought myself and was just like, you know what, maybe this is fine? 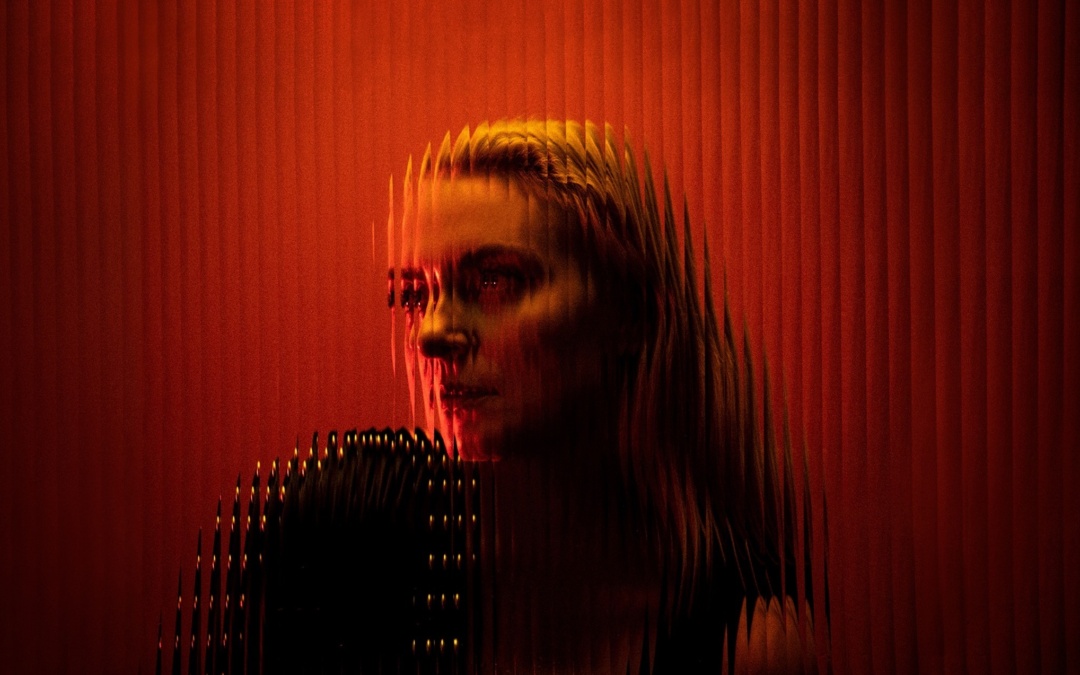 Fierce electronica artist Eivør has released “Only Love” from her new album Segl, which also happens to be accompanied by a stunning visual.  Featuring vocals from Ásgeir, “Only Love” is a mystical and entrancing track about how powerful it is to be in the gravitational pull of love.  The song’s illustrative lyrics paint a vivid picture of what it looks like to be so deep and in love.  It is full of clarity in that the feeling of love is really the only thing that can make you feel both so fragile and so powerful at the same time.  The electrifying sonics and strong melodies pull you right into the intensity of not only love, but the track itself.  “Only Love” is the perfect combination of haunting production and intriguing lyrics made to enthrall every listener.

Eivør says of the process of creating the track:

I wrote the lyrics with David Hopkins and when this song was written I thought about “love” and all the things it makes us do. I will never get tired of writing about this subject. It’s the most complex and yet the most basic of all things. It has so many shapes and shades and on this life journey it takes us through the whole palette of emotions. It’s both strong and fragile at once. It breaks us and makes us whole. 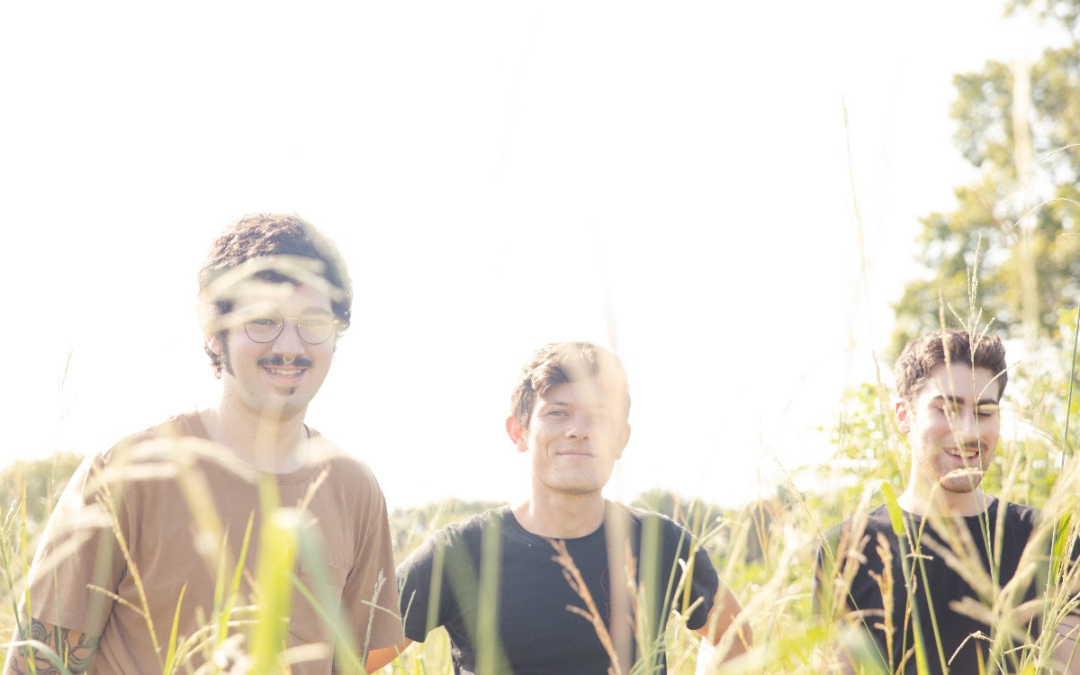 Out of New Orleans comes trio Kelly Duplex, here to put a spin on your favorite pop/rock vibe.  “Hoverround” is kicked off with a spicy guitar lick that, only one second in, seems to cement its place in your favorite rock playlist.  It certainly is a special take on pop music in general, or at least what we know pop music as today.  The result of such a task is a loud, big band track that makes you want to start your own rock band in the comfort of your own home.

Beyond all the glamor of rock n’ roll is deeper layers that bring you and me closer to the band and the message that they want to put into the world.  It’s an honest look at some of the various difficulties that come with life, and they range from struggles with being a parent to even the hardships that come along with diabetes.  Despite how specific it gets, the band does not close themselves off from their listener by ensuring some level of ambiguity throughout the song.