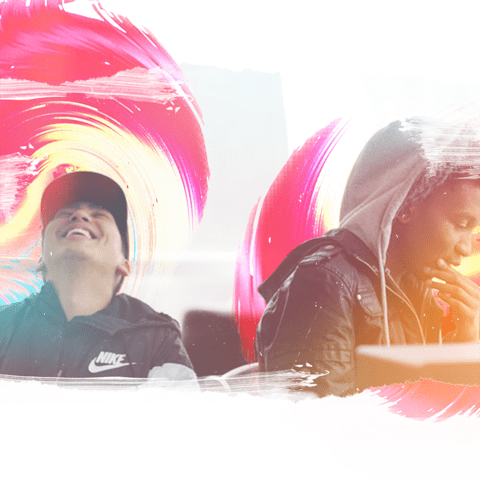 TIDES‘ latest release, “Don’t Let Me Down,” is making waves; a song that SoulBounce says “blurs the lines between pop, R&B, and electronic.” The uplifting melody and funky groove give this musical hybrid inspiring vibes.
TIDES is a musical duo made up of two friends, Innocent and Dan. The two have somehow mastered an old school R&B sound that still appeals to indie pop fans. With its bumping rhythm and melodic lyrics, the song is nostalgic yet hip.
Innocent describes “Don’t Let Me Down” as a song about addressing both his inner warrior and inner demon, a reminder to not let himself down. The duos debut EP, Crossroads, touches on themes ranging from love and fame and extends to more reflective matter like growth and coming of age.
The genre-bending duos latest single, “Don’t Let Me Down” is expected to take off and have massive reach to music lovers across the spectrum.
Keep up with TIDES here. 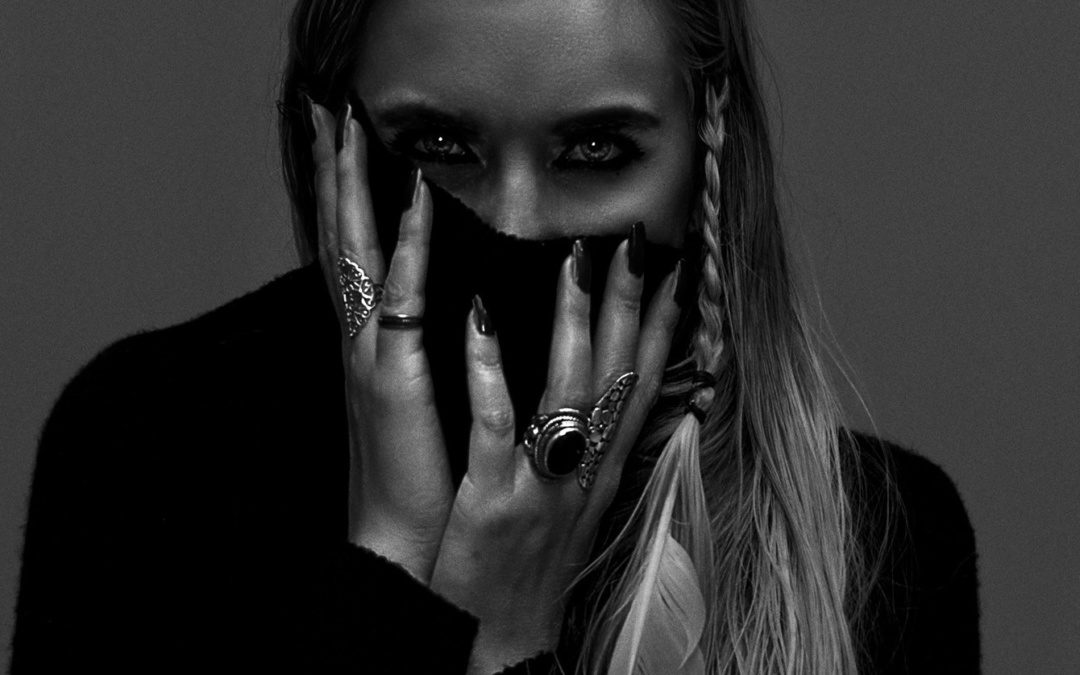 Swedish artist KIDDO just released her debut single, “TROUBLE,” her first project of 2018. Previously referred to as “one of Sweden’s most exciting and creative songwriters,” KIDDO has written songs for Icona Pop, Dagny, Alan Walker, and more.

Her new single, “TROUBLE,” is an ethereal indie track that boasts KIDDO’s raw yet powerfully unique vocals blended with a futuristic, synth instrumental.

KIDDO describes “Trouble” as a song about escaping reality. “It’s about a time when I knew I had lost everything but it was too painful to face it so I tried to ignore the truth for a little longer in every possible way,” she states. The intimate lyrics pop against the simple, mellow instrumental.  Lyrics like “leave trouble behind” and “take the trouble off my heart” let listeners on an escape adventure as KIDDO sings about letting go of responsibility and relying on love in a time of uncertainty.

KIDDO’s distinctively haunting vocals layered with the light, atmospheric instrumental provides the perfect background to any occasion. “TROUBLE” is a summer playlist necessity.

Keep up with KIDDO here. 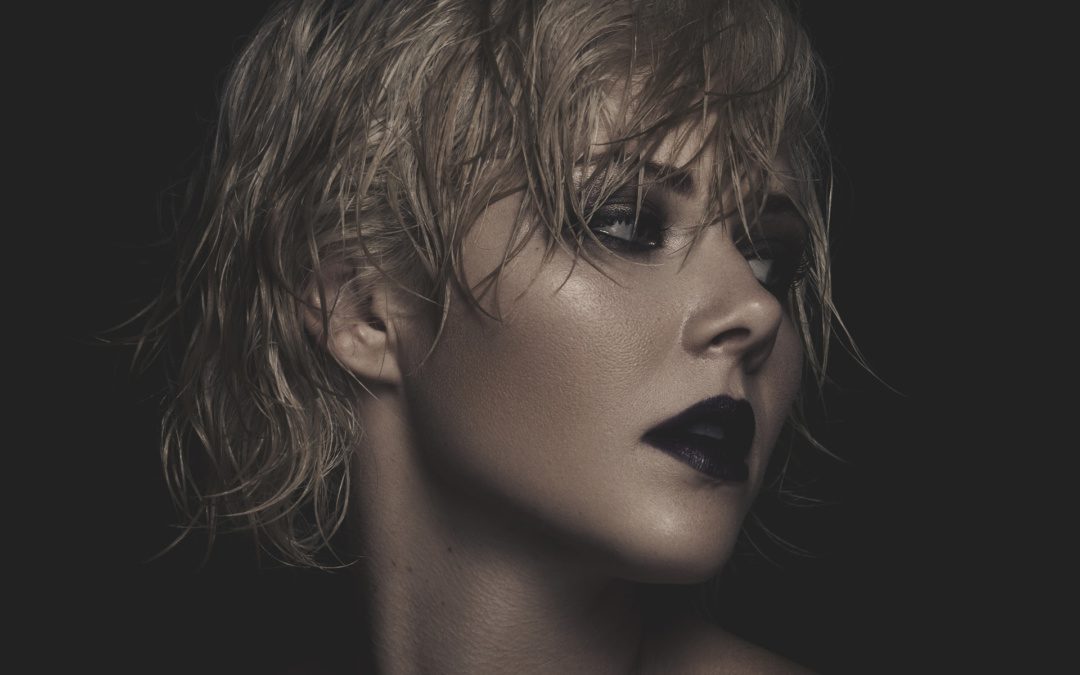 LA-based electro-pop KAYLS inspires with her latest EP Modern Savages. The EP explores a variety of struggles Kayls has faced spanning from relationship woes to her past industry struggles. Her goal with the album is to encourage listeners and invoke strength within them.

Modern Savages perfectly demonstrates Kayls’ new-found confidence after years of feeling underestimated and mistreated throughout her career, specifically by music industry men. The EP’s second track, “Porcelain,” depicts the hardships Kayls faced. Her honesty and authenticity shine in this track as she expresses the trials and tribulations faced early in her career.

“Champagne” explores Kayls’ distaste for the expensive things in life. The soft yet intense piano ballad superbly showcases her raw yet powerful voice. The following track, “Modern Savages,” continues with a similar theme. Kayls flawlessly expresses her concern for human connection through the lyrics “what can you give me that money can’t buy.”

Both “Carousel” and “Summer” explore past relationships making the album relatable and showing listeners yet another side of such a multi-faceted and complex artist.

Keep up with Kayls here. 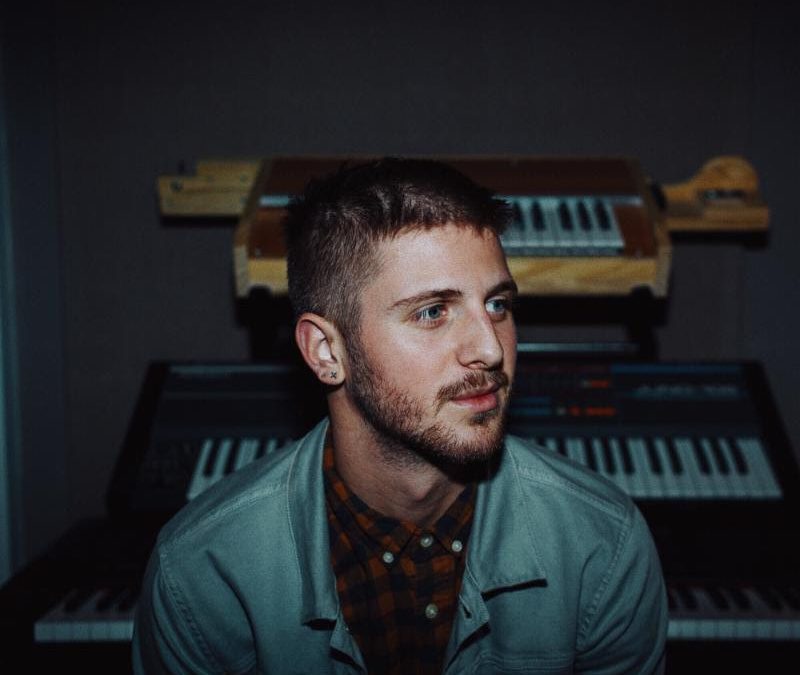 quinn lewis, “in between”

Nashville-based Quinn Lewis’ smooth contemporary R&B sound stands out with his latest single, “In Between.” The native Australian is known for his mellow crooner voice and flawlessly constructed tracks that impeccably marry indie-pop melodies with dance R&B vibes.
“In Between” is the quintessential song for anyone going through a transitional phase in their life, especially one that follows a breakup. The lyrics invoke a sense of soul-searching with the repeated phrase “I’m caught in between who I am and who I used to be.” The catchy background vocals excite listeners making it easy to sing along; this track is almost guaranteed to be playing on repeat in the heads of Quinn Lewis fans.
What’s most captivating about this track is the effortless flow from verse to chorus without competition between vocals and instrumental. It has a driving beat and creates an urge to dance yet has a calming effect. With its memorable melody, buttery vocals and passionate lyrics, “In Between” is bound to be a summer hit.
Keep up with Quinn here. 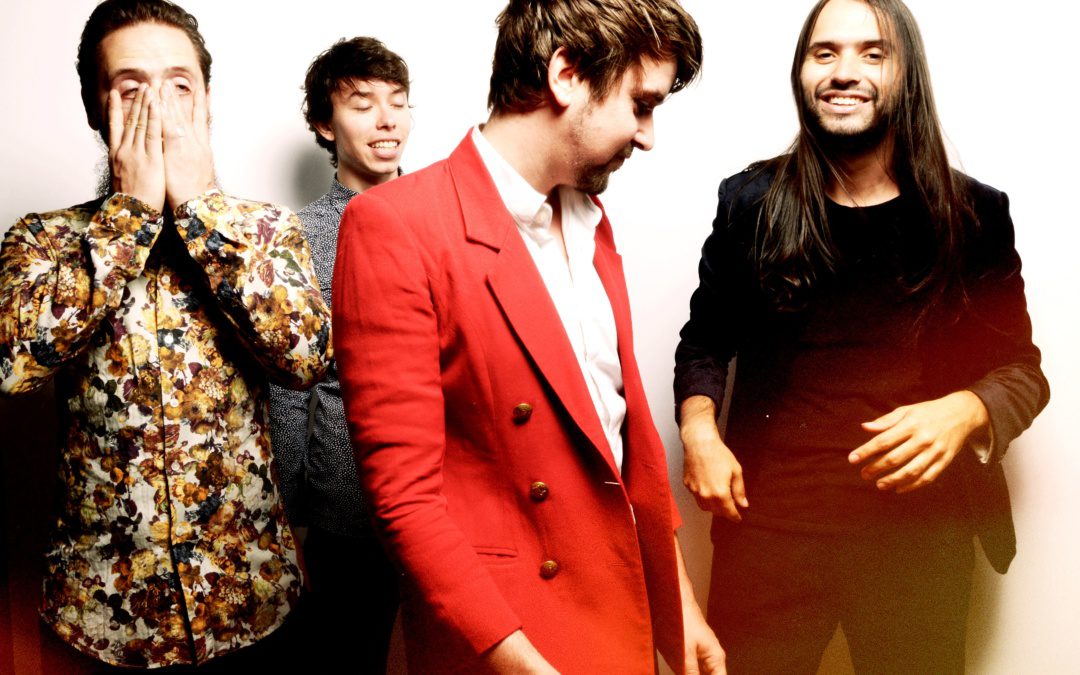 Brooklyn-based indie quartet RANN just released the second track from their upcoming EP, Renegade Holiday. RANN’s sound has been described as indie rock, dream pop, and psych punk which all seem fitting as their latest release, “Renegade Holiday,” has a variety of musical elements creating the perfect eclectic mix.
“Renegade Holiday,” the album’s title track, starts with a heavy drum rhythm that eases into an electronic synth instrumental. When the vocals appear, the song takes a dreamy, ethereal direction that is both calming and exciting at the same time. The song’s pounding rhythm and uplifting instrumental propel the song forward as the airy vocals create the perfect indie atmosphere. RANN’s “Renegade Holiday” cohesively blends instrumental and vocals to create an impeccably constructed track that makes the perfect edition to any playlist.
Keep up with RANN here. 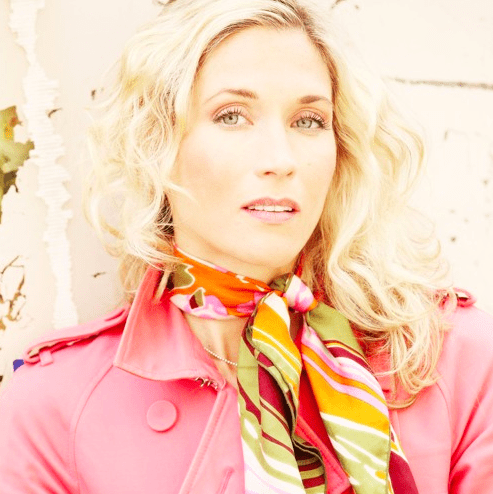 Musician and media installation artist Amy Raasch uses her latest project Girls Get Cold to examine detachment and disconnectedness in a world striving for constant connection. Raasch and producer David Poe produced the album in her apartment, which lead to the use of a variety of usually unconventional sounds.

The title song, “Girls Get Cold,” has a mellow, delicate aesthetic and depicts boundaries in relationships. While her songs “Kitty Decides” and “Straight Boys” offer a more upbeat attitude with lighthearted lyrics. “Straight Boys” is a feminist anthem which describes modern day toxic masculinity. It’s catchy melody and humorous use of lyrics allows her statement to stand out. “We’re in an unprecedented moment” says Raasch of the song, “where men and women alike have a unique opportunity to re-examine their entrenched assumptions about relationships. I’m excited to be part of the cultural reset.”

Raasch’s use of cultural television and film references gives her songs and extra layer of relevance and pizazz while making them fun and exciting to listen to. Amy Raasch’s Girls Get Cold is the perfect blend of statement-making lyrics and catchy instrumentals.

Girls Get Cold is available now. 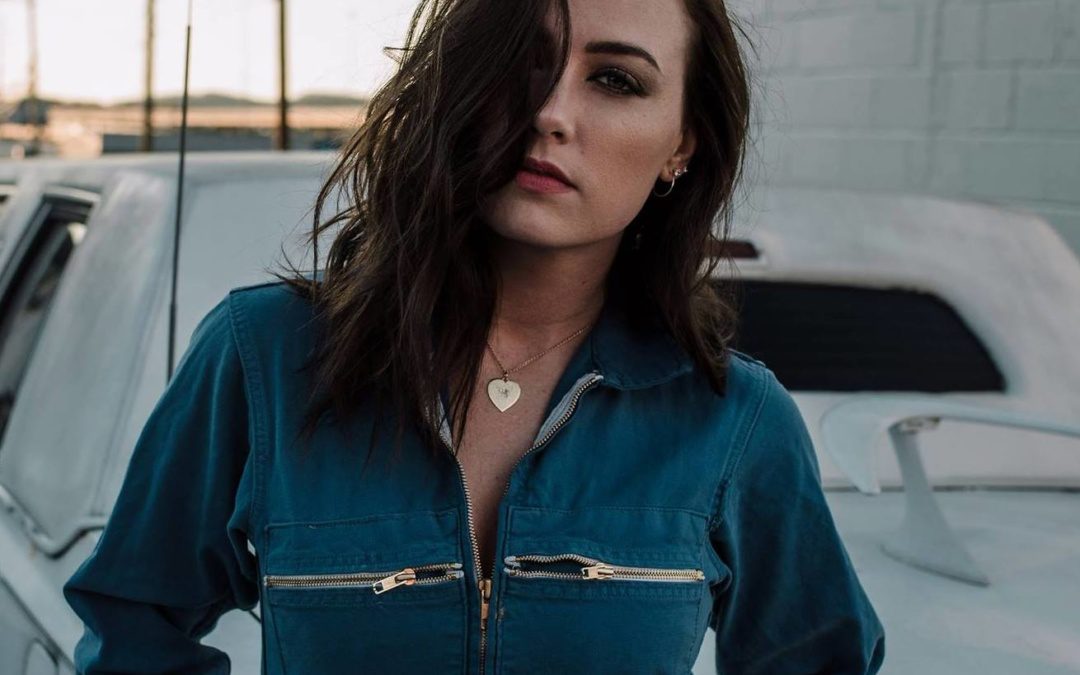 Nashville pop sensation Chelsea Lankes debuts a mood shift with her latest single, “Easy.” Lankes, who previously composed a variety of downhearted anthems is expressing a different set of emotions in her newest song. The musical shift follows a significant life event for the “Easy” singer; a wedding. The newlywed describes the song saying, “It’s a song about being able to be 100% true to who you are and willing the right person in your life.”
“Easy” depicts a blissful story of a beautiful, easy love. The song features a catchy pop tune, driving synthesized beat, dreamy instrumental, and captivating lyrics. The song emanates genuine feelings of being at peace in a relationship, a dramatic turn from Lankes previous breakup songs. The melody possess an ethereal, positive sound that’s guaranteed to put listeners into a sunnier, more hopeful mood.
Keep up with Chelsea Lankes here. 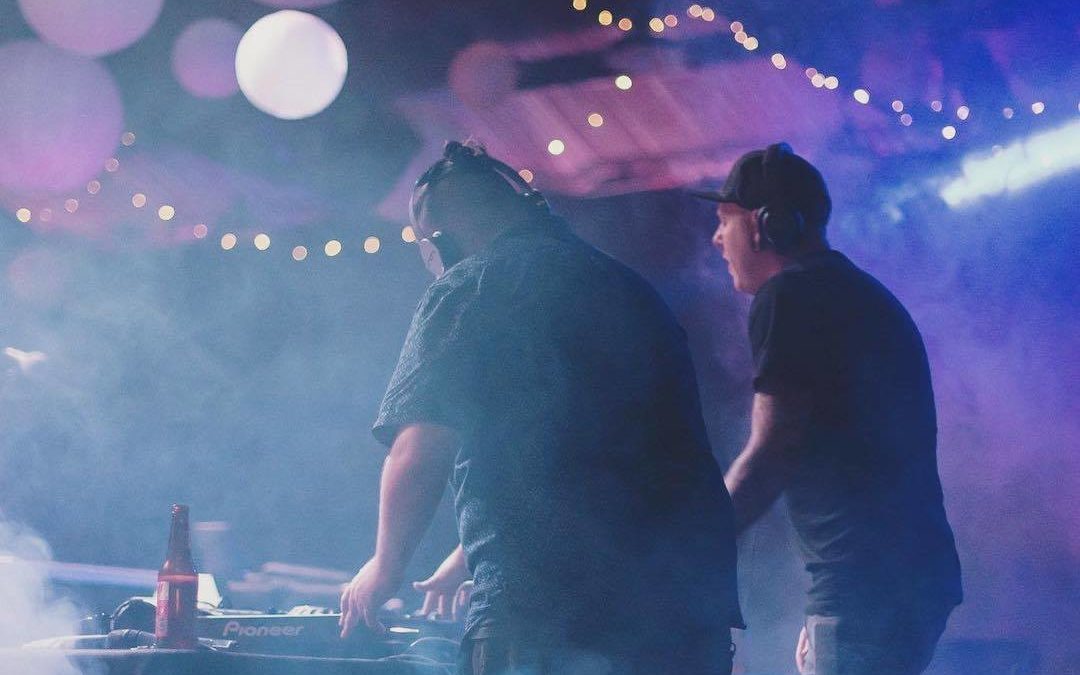 Austin based duo, Bronze Whale, who have gained popularity through a variety of originals and remixes, just released their first track of 2018 called “Exposure.” The duo, comprised of Aaron Jaques and Benny Alley, has been feature in Entertainment Weekly and have even had numerous number ones on Hype Machine. Not only does the duo write their own music, they also manage their own label, handle their own artwork, and mix and master each track.

At the end of 2017, Bronze Whale decided to head jack to Colorado with their team to crest a new, fresh sound which focuses less on lyrics and vocals and more on instrumentation. This concept is very apparent in “Exposure” which features a multi-faceted electronic blend, synthesized rhythms, and a looped vocal chop.

The song features Bronze Whale’s signature energetic vibes and variety of electronic pop elements. There’s a growing anticipation throughout “Exposure” as the song continuously build, adding small variations. Once it leaks, the instrumentation dies down a little bit showcasing a flawless transition between dynamics. Fans are bound to be impressed with “Exposure” and Bronze Whale’s versatility and creativity.

Keep up with Bronze Whale here. 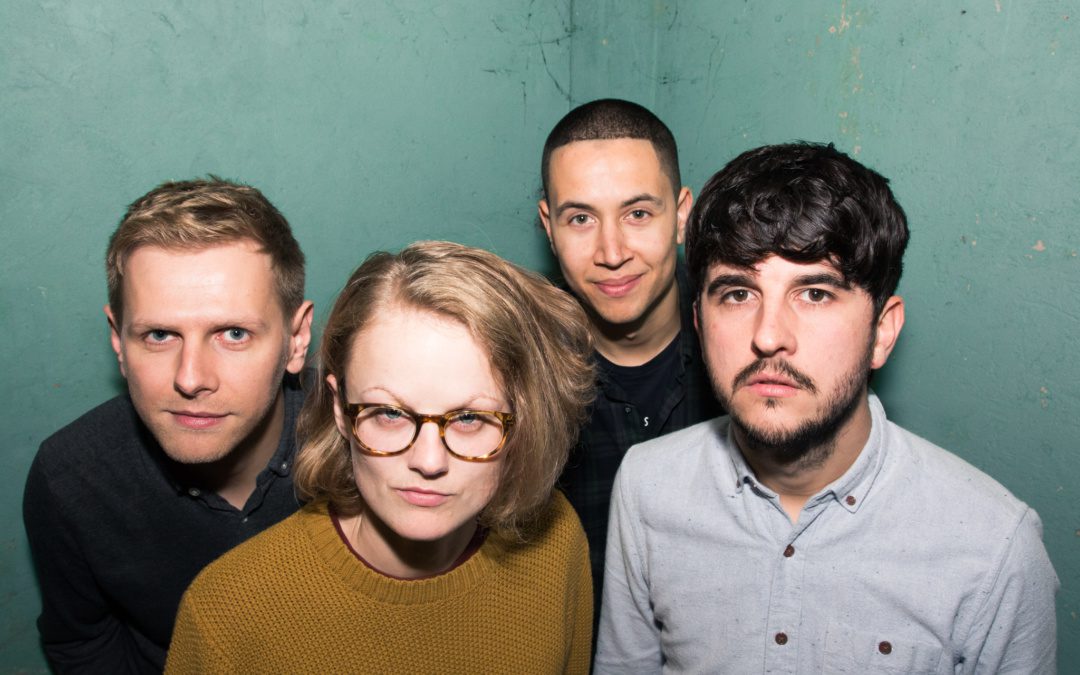 Welsh quartet Kidsmoke debuted their latest song, “Sister Sadness” earlier this week which is the perfect follow-up to their 2017 EP Save Your Sorrow.

With an upbeat, optimistic melody and melancholic lyrics, this song bode feelings of summer and promise. The song features a confident and fresh guitar melody blended flawlessly with the bands signature mellow, calming lyrics and hazy, dream-like vibes. While the lyrics express heartbreak and a tender sensation, there’s a tinge of optimism, a trademark to Kidsmoke’s signature sound.

The inspiring indie sound, pulsating drum, and driving guitar creates bright, buoyant feelings of hope which is perfect any setting. Whether a winter bonfire or summer road trip, this song is must for any playlist. Its diverse sound allows listener to experience a variety of feelings while listening. Each time I listened, a new feeling was awakened in me both morose yet exhilarated.

With “Sister Sadness” being featured on BBC 6 Steve Lamacq’s Music Recommends Track of the Week and a previous track being featured on Netflix’s Black Mirror, it’s safe to say Kidsmoke is a band to watch if you’re not following them already. If you’re a fan of The Beatles or The Smiths, this is a song to check out!