the sea the sea, stumbling home 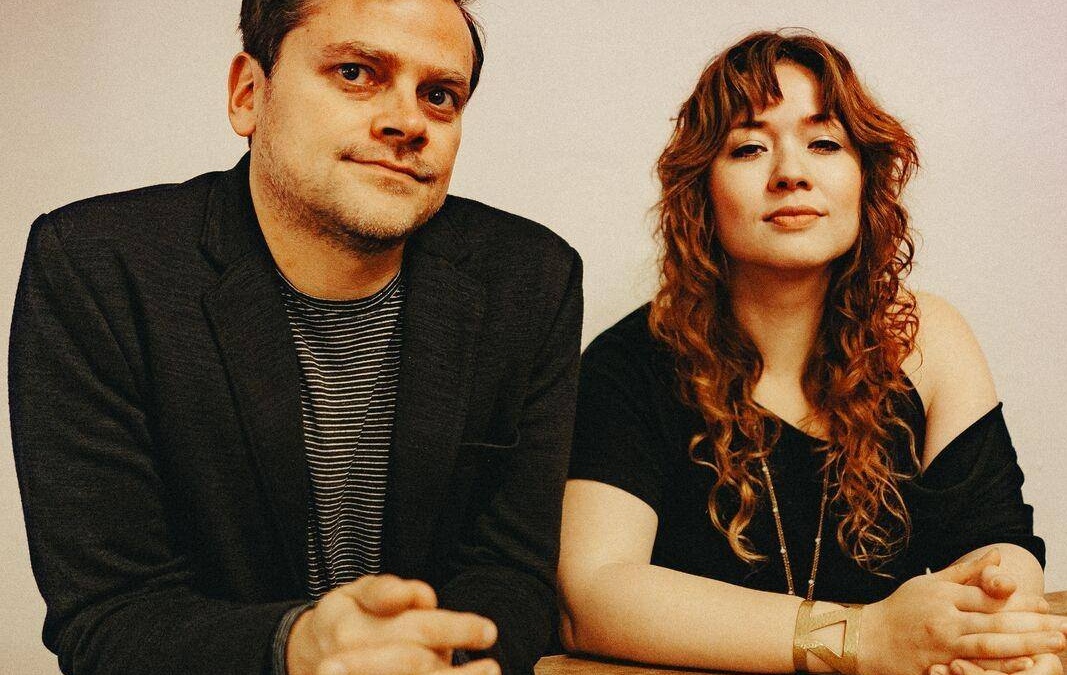 It’s a long life, made up of seemingly infinitesimal moments. The Sea The Sea captures those moments when you feel incredibly alive and in the world and reimagines them as flashes of light in their new album, Stumbling Home. When time seems to stretch into prolonged chaos, The Sea The Sea keeps us grounded in the essential with their beautifully intricate brand of indie folk-pop. The New York-based duo is composed of Chuck and Mira Costa, who draw their infectious melodies from pop, but otherwise subverts expectations with their unconventional song arrangements. More than anything else, however, this free-spirited pairing are lauded for their exemplary vocal harmonies. The Costas’ exquisite vocals fit together like puzzle pieces tailor-made for the duo. Their voices are completely authentic, sounding lovely and unblemished in their own right. But while duets are a key part of The Sea The Sea’s sound, they also play with thick choral-textured harmonies and solo lines to add some variance among the tracks while still maintaining their sound.

Stumbling Home is brimming with musical imagery that is at times delicate and at other times deep and rustic. The result is glimpses of life, as seen through nature and a little bit of magic. The opening track, “Nothing Brighter” sounds like light, with the glint of sunlight on a clear day in the understated woodwind flourishes, and the glowing bass and piano as the blurry hues of a sunset. The relaxed, tranquil guitar solo sounds like it’s underwater, painting images of rays of light extending down beneath the surface. “A Thousand Years” is more concrete, sounding like the musical equivalent of camping beneath a starry sky. The rich guitar picking and embellishments are the flickers of the fire as they rise above and become stars overhead. The track embodies the deeply rooted tranquility that comes from being removed from society, as felt in the gentle thump of the drum in the stunning interlude partway through the song. Other images are abstract, such as in “Rainstorm.” While there are no explicit qualities in the track that denote a storm, as a whole, it has this somber beauty to it that echoes that of the fall of rain and thundering clouds.

In literature and art, however, one can always find magic embedded within nature. The Sea The Sea captures this magic in their songs with sparing uses of synth and electric guitar. The chorus of the emotional “Broken” sweeps up in a satisfying multi-part harmony and ends with glimmering drops of guitar plucks. Towards the end, these drops lead the song to the pleasantly haunting outro “oohs,” transforming the sound from sparkling fairy dust to mystic beings deep within the forest. “Fall Before The Climb” starts with a simple voice and guitar, but builds, first with harmony, then with a gently driven beat and dulcet electric tones that return to the shimmering stars of “A Thousand Years”, but from the perspective of outer space rather than earth. The acute line “Can we be in love with it all?” summarizes the album as a whole, mirroring the idea of the moments in life when you feel alive and in tune with the world. Uncomplicated guitar strums and the Costas’ patented vocals showcase guitar and synth sorcery in “Stumbling Home.”  Bowed strings make their appearance for the first time in this track. Despite how well they fit, the strings are a bit of a surprise, giving “Stumbling Home” a bit of refinement compared to the other, more rustic tracks. Subtle but welcome changes like this find their way into many songs on Stumbling Home. “Parachute” sounds like you would expect after hearing a few songs on this album, except Chuck’s harmony is missing. Instead, Mira backs herself with echoes and a feathery multi-part harmony that sound like forest nymphs. The track also feels more intimate than the others, beginning with some room noise and ending with an ambiguous woosh sound that keeps the listener tethered to the real world. The standout track “Real Thing” realizes a slightly harder, rock sound with a bit of sharp guitar strums and stronger drum beat. Every guitar, synth melody, and percussion part contributes to the full sound, and the universally appealing chorus line “ahh, give me that real thing” has that cathartic nature to it that makes this track one to sing along to. I only wish it were longer; every time I listen to it I’m disappointed when it reaches its end. “I’ll Be Loving You” and “Foreign Country” share an understated mesmerizing quality. “I’ll Be Loving You” and its 6/8 time creates this swaying nature that’s perfect for a love song. Spirited triplet guitar figures simultaneously embrace the vocals and the listener, coaxing both to sink into serenity. “Foreign Country” has substantial guitar, but the line “Do we ever really know exactly where we are?” floats across the background like falling leaves, and the perpetual beat invites the listener to snap along, almost in a trance.

The Sea The Sea’s 2014 debut release, Love We Are We Love, received praise from NPR, American Songwriter, and No Depression. The video for their song “Waiting” sparked the interest of Buzzfeed and Pitchfork, and was included at the international TED 2015 conference. But for the duo, Stumbling Home reaches a new level of fulfillment. “It’s the work we are most proud of to date,” shares Mira. “We are proud of the way we grew the arrangements in our new creative space. Making music fills us, and we also believe that it matters in the world. Our mission statement as a band is to remind people they aren’t alone — in their pains or their joys, and everything in-between.” This shrewd sense of the world, both what it seems to be and what it is, allows Stumbling Home to be a beacon of light in an otherwise ill-lit world.