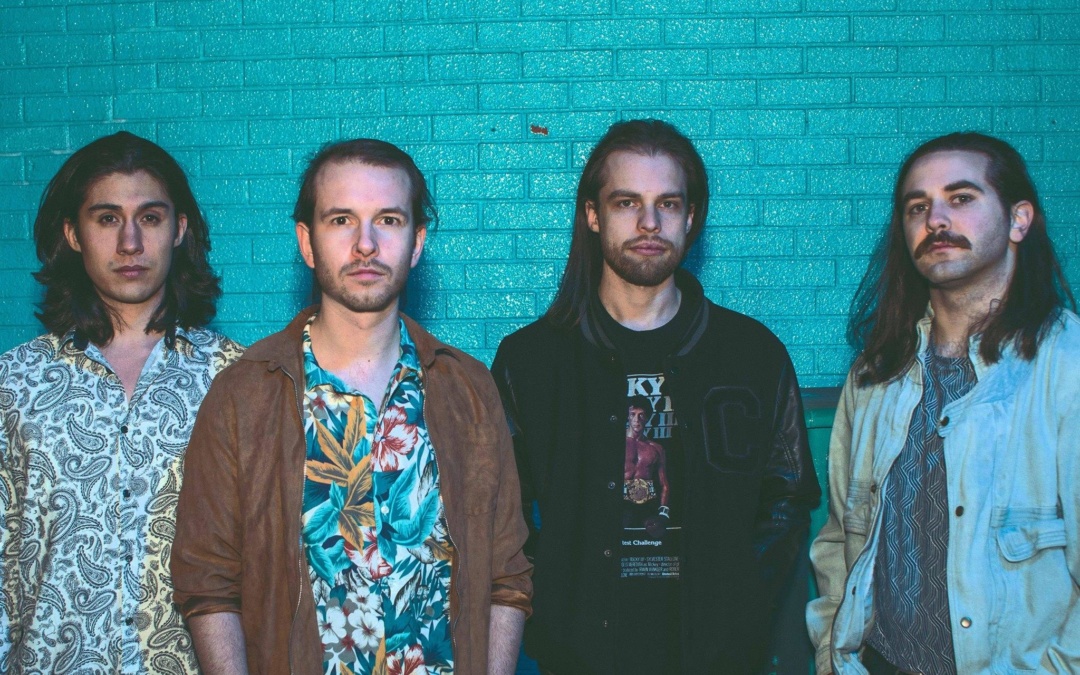 Indie Psych trio Lost Cousins – comprised of Cam Duffin, Thomas Dashney, and Lloyd McArton – has released their full-length, an album titled In Scenery. There is not a moment of disappointment with this album, as they make sure to ignite it in its entirety with an undeniable energy, starting with the establishment freeing, intense reverb in “Stay”. Crashing cymbals and whirring guitars lead us through “Mindmaker” and “City Escape”, while “Seajets” is presented as far calmer, perhaps a hint of Coldplay playing at its core.

“Trails” is an absolute ballad, slow and steady compared to – but just as powerful as – its predecessors. “Montreal” really gets your hips moving again, with instrumentals that make you feel like actual glitter. “Forest Floor” is the most ambience-inducing track, the pace picking back up with the incredibly danceable “Shores”, Beginning with simplistic piano chords, “Nothing” rounds the album out with the most melancholic song – sonically and lyrically – of the collection.

Lost Cousins has proven their chops, and we’re all in.

Keep up with Lost Cousins here. 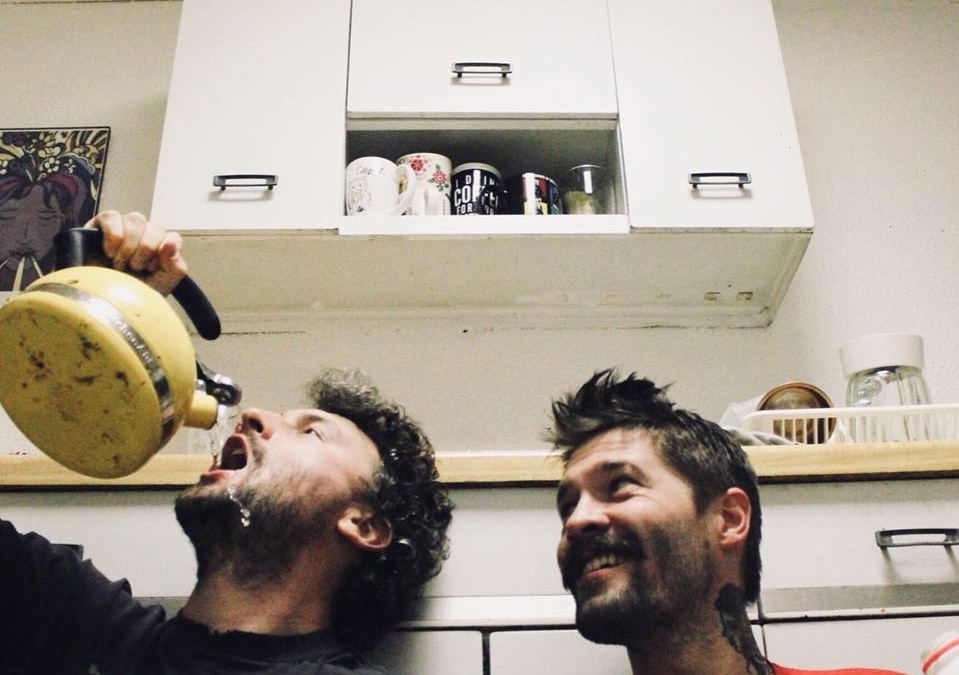 holy white hounds, say it with your mouth

As if the cover art weren’t enough to draw you in – HELLOOOOO Earle Rock Studios -, Holy White Hounds‘ sophomore full-length release is absolutely extraordinary. Blending in the signature “eff you” style that they established with 2016’s Sparkle, Sparkle, Say It With Your Mouth is an established alt-rock adventure, with high stakes energy from beginning to end. While first track “Thirsty” insists that “I’m not excited,” the intense lead-in would say otherwise, as “Lucid Kid” establishes an energy that we’re ready to bump from now into the summer months. “Perpetrator” feels like the perfect addition to “Guitar Hero,” catchy as all get out with a visual that will keep your mind reeling.

The quirky name of the project can be found in the lines of “No Teeth”, while “Big Heavy” boasts the perfect sound to be played during an NFL game. (Shameless plug.) While Dean struggles with his perspective in “Trifection”, the attitude continues – complete with a whole different level of percussion – in seventh track “Violence”. This one is a real banger, so make sure to allow plenty of space to move around when you press “play” on it.

Dave Keuning joins in on the fun with “What I Am”, and “Burnt Tongue” speeds things up even more than originally anticipated, guitar licks and a beat that doesn’t just pull you in, but drags you in by your shoelaces – or bootstraps, or whatever gets you going – and does not let go. The drums set the scene for “The Void”, coming in with bass that sets one of those “walking like a badass” vibes for the remainder of the track. (AKA add this to your life soundtrack and when you’ve got to raise that confidence, play it and strut your stuff!)

If you are really paying attention to the lyrics instead of just the mood the soundscape sets for you, you’ll notice a variety of emotions, stemming from personal anecdotes that have been woven throughout the work as a whole. Dean’s vocals drag more of that emotion out of us, highlighting moments of darkness and a questioning mentality while we all learn how to feel through it. “Tracy Free” is one of those introspective tracks that really entices you to think, though the title of its follow-up, “Aids Chimp”, kind of detracts from the weight of the words.

But that’s what we’ve come to respect and love about this band. They can sing about some dark, dark shit and keep this weightless feel to it all, and you can tell that they are a ton of fun live simply from listening to a few lines from Say It With Your Mouth, if you haven’t yet been graced by their live performance tactics. “New Blood” will further enforce the theatrical nature of the band, though they may be the last to admit it. With bits of comedy mixed in with self realization and that clear, gorgeous edge, we’re big fans of this album as a journey, and are stoked you get to hear it from beginning clear through “Thirsty Outro”.

Say It With Your Mouth is available now. Keep up with Holy White Hounds here. 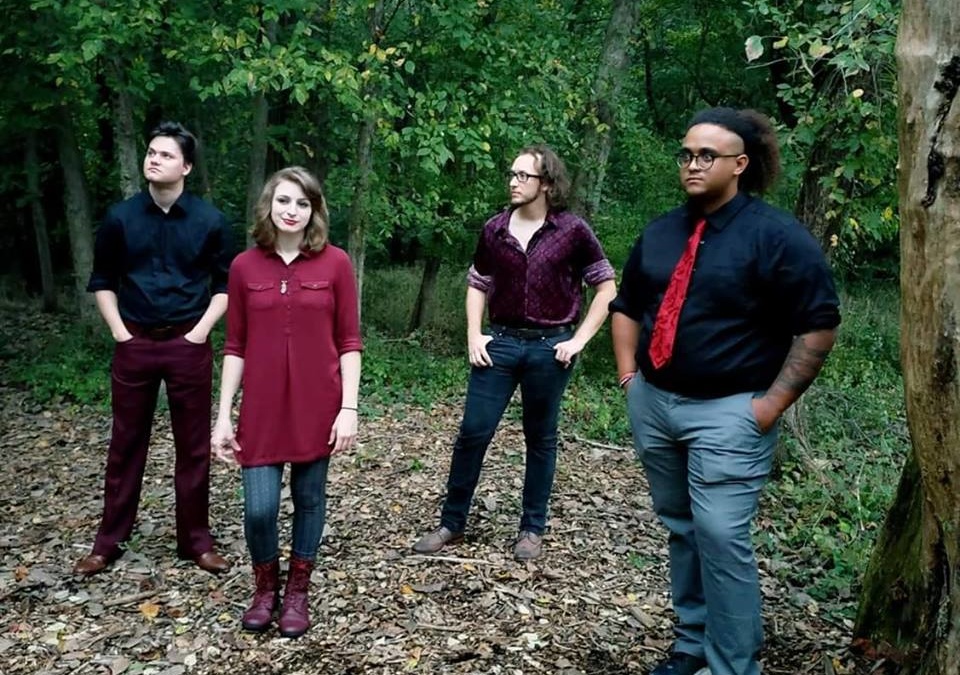 the uk’s, american way of death

At a very important time, Kansas City-based alt garage rock band The UK’s – comprised of Noah Bartelt (Lead Vocals/Guitar), Scott Combs (Guitar/Vocals), Katelyn Miles (Bass), and Tarquin Eugene Kellough (Drums) – has released a 5-track EP, affectionately and poignantly titled American Way of Death. From the very first, melancholic sounds of “Why Don’t You Go” – which hits a stride that makes you want to add it to your “walking the streets of the city like a badass” playlist – through the 60s punk-influenced soundscape of “Wake Up”, all the way through third track “AWOD” which follows suit, there is an electricity that makes you realize that incredibly underrated music comes from the midwest. (Hello, Holy White Hounds and Mess!)

Cut to “The Poison Squad” and you’ve got a track we could easily find ourselves barbecuing to on a chilly autumn day, dancing to at a sweaty basement party, or driving to down the Kansas City streets. It all comes to a head with fifth and final track “Other Team”, which brings in that fun, vintage, upbeat feel again. If you’re not careful, you just might find yourselves on the ceiling too…

Keep up with The UK’s here. 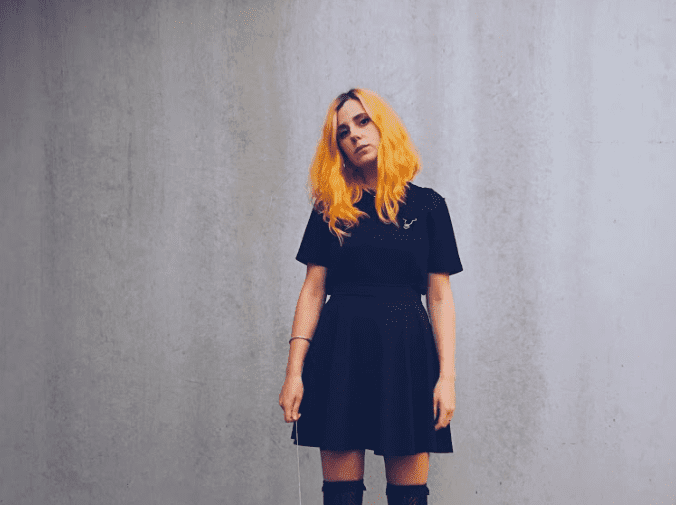 Coming out of an artistic hibernation, Australian alternative-rock artist AViVA is back with sass and spunk that is both enticing and intriguing. In the past, AViVA has released songs that have made it to the hot new release lists throughout the world. Most notably, her single “GRRRLS” garnered over 24 million streams–a number which continues to grow as this budding artists gains a fan following who’s dedication and enthusiasm strongly resembles the strength and determination of a wild fire. With all of this success behind her, AViVA continues to look forward to the future with the release of her latest single, “BRN”–a wonderful addition to the ever growing playlist that AViVA has been diligently developing since her debut.

“BRN” is a fierce battle cry meant to ward off anyone who dares to put this feisty artist’s back against the wall. With every moment of this incredibly powerful single packed with hooks and driving beats that are just as intense as they are meaningful. As each second passes, listeners find themselves hanging on each word, each beat, and most importantly, each addicting chorus which triumphantly declares, “You’ll find I’m here to stay.” With all of this strong emotion behind her music, there is no doubt that this same spunk inspires her to continue to develop and increase her musical credibility. Soon enough, the world will come to know as she so boldly states that she is “here to stay” with the vocal skill of an artist far beyond her years and the drive to achieve her life long goals.

Keep up with AViVA here. 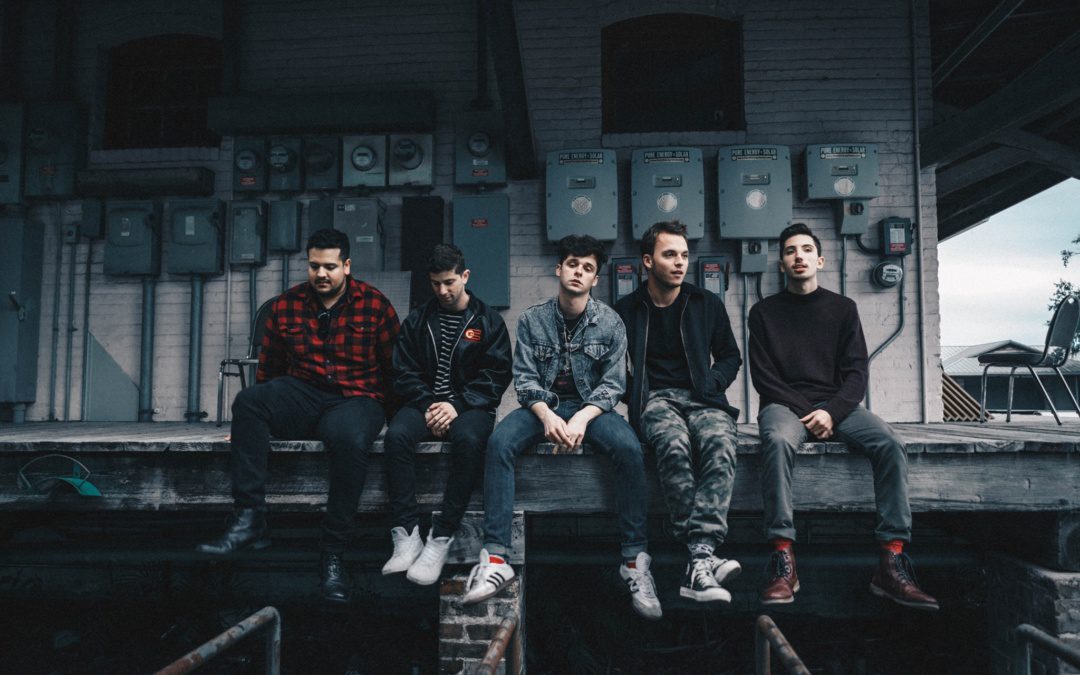 Breaking out of the mold and into the limelight that is so highly sought after is fresh new band The Hails. Over the past few months, Robbie Kingsley (lead vocals), Dylan McCue (guitar), Franco Colari (vocals and guitar), Andre Escobar (base) and Zach Levy (drums) have taken their raw talent and turned it into a new single that has now reached over 150 thousand fans in less than one month. Their latest single, “Younger,” alone has created a name for this young group in the music industry that is not soon to be forgotten.

Since the release, streaming stats have flown through the roof which landed them the #1 spot on Hype Machine over the past few days. This hot new single has won over the hearts of fans and critics alike with its alternative rock rhythms and 70’s groove throwback vibes. Not only do they put a fresh twist on a classic sound that has been loved for decades, but they are also able to add their own unique flare that has set them apart from the rest of the alt rock community. Another stunning aspect of The Hails is their high levels of confidence in their live performances that blows fans away and far surpasses their competitors. No doubt this is a group to keep an eye on as they continually grow and fill the expectations that they have set for themselves.