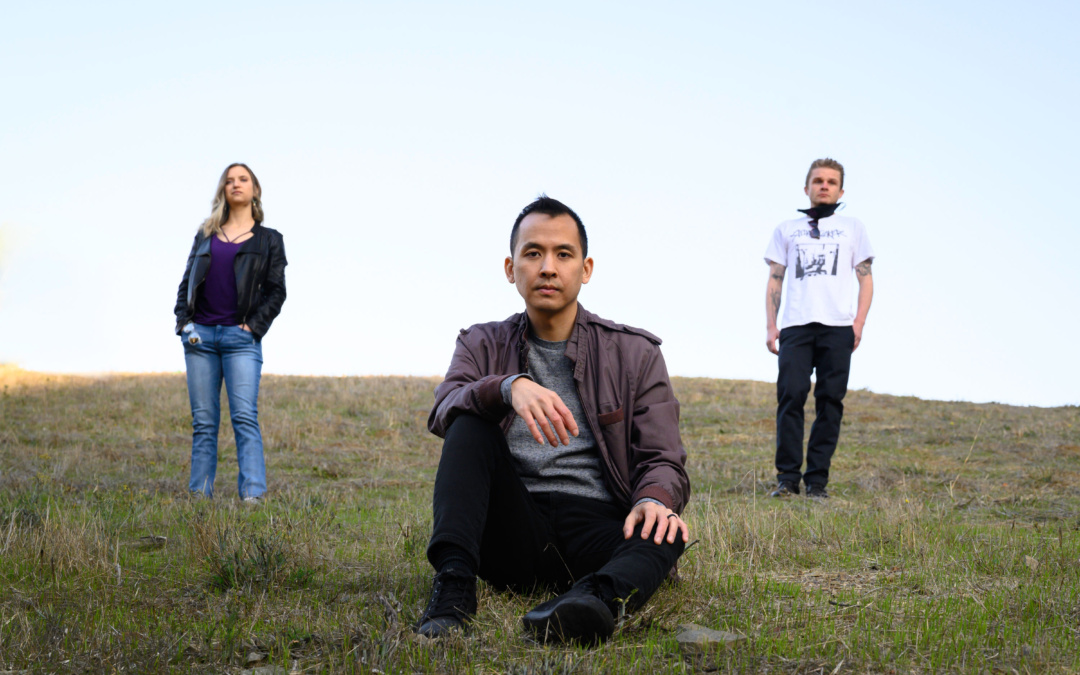 Today, San Mateo-based Hunters Chorus – an instrumental music ensemble championed by Ramon Fermin – releases a 7 track collection titled The Boy Ain’t Right. From the first meandering lines of “Snaggletooth” through the mellifluous composition of “Lion Killer,” straight through the end of 8 minute and 29-second seventh track “Sage,” there is a slow, summer evening feel to the release. This release is absolute perfection to enjoy while the sun sets over the skyline, or to have as the background to a beautiful, intimate warm-weather celebration.

Says Fermin of the release: “I wanted this album to have a soft, organic, living room feel with all the funny little imperfections that come about in the process of just throwing it together.”

Keep up with Hunters Chorus here. 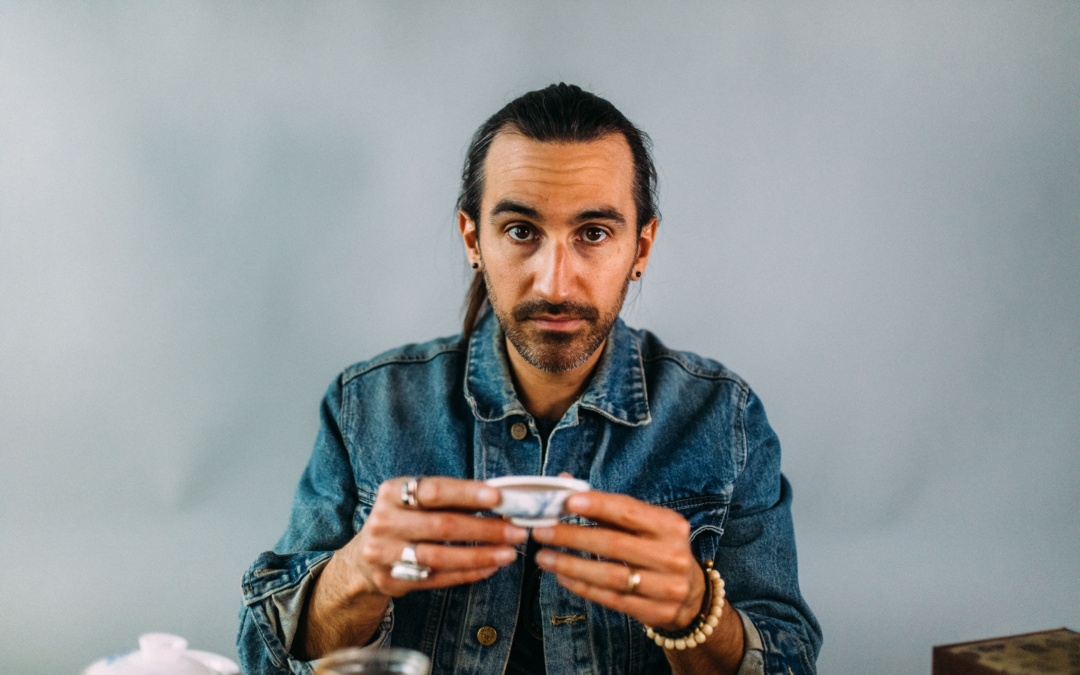 A slow, organic build. Percussion that speaks directly to the heart and soul while light-as-a-feather vocals dance lightly along the soundscape. This is how we find ourselves introduced to the intricate selection of tracks on Brady Grey‘s new full length. The ten-track compilation – titled Three Crows – is somewhat of an adventure, made up of beautiful, easy listening tracks.

Expands Grey on the project: “It’s told from the perspective of being in a relationship that ends up being more complex than I thought it was going to be. Being a husband, a lover, and sometimes a caregiver, which is just different than what you expected.”

Perfect for an outdoor adventure or beautiful night on the patio surrounded by glistening lights, we have your first listen to the independent release in its entirety in advance of its Friday release.

Pick up your copy, out Friday! 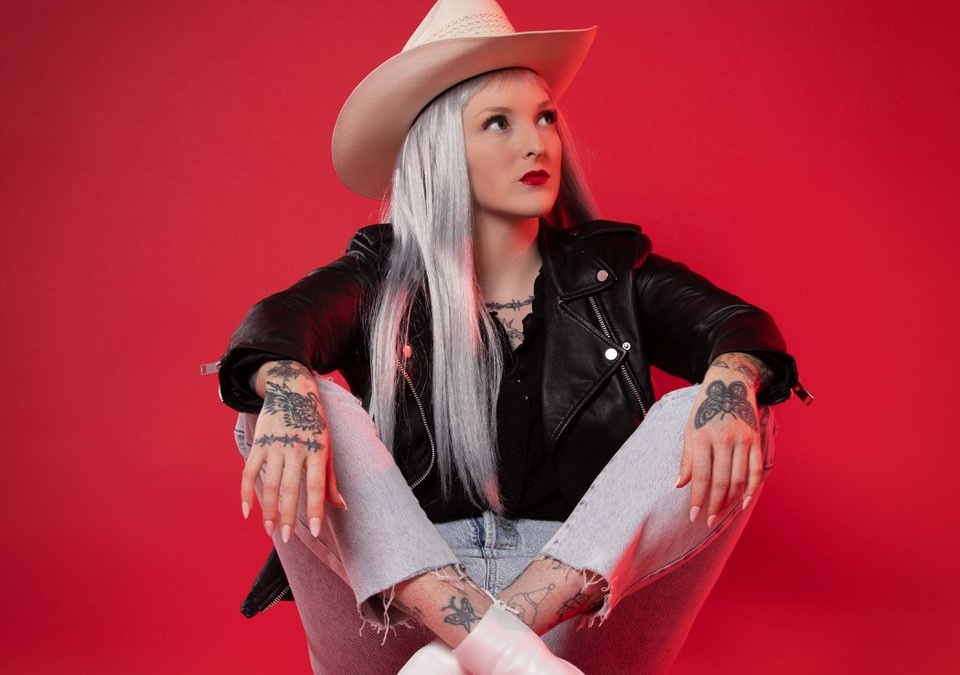 danger // chain, roses in a glass

This weekend is the first one where we’ve felt awake and like we’re gaining momentum for the first time this year. Perhaps that’s because we’re lucky enough to host the exclusive premiere of Danger // Chain‘s 5-track Roses In A Glass EP, and it’s been playing on repeat since it landed in our inbox.

Eighties-inspired synth and inspired bass lines almost dance around the dark, eery vocals as we spin into what can only be explained as a Tim Burton-esque existence. Hauntingly beautiful, it’s actually served as the soundtrack we needed to get our asses in gear.

I don’t think anyone has all the answers for how to make a better world, but certainly we should be able to imagine one through art. As an artist, it’s my job to reflect what’s going on around me. I believe it is the responsibility of artists to speak on matters of a political nature. Roses In A Glass is my interpretation of the world as it is today, told through a retro futuristic lens. We may not be able to escape the current times, but we can still listen to music. I believe very much that music heals.

Let the dark ambiance envelope you this weekend. 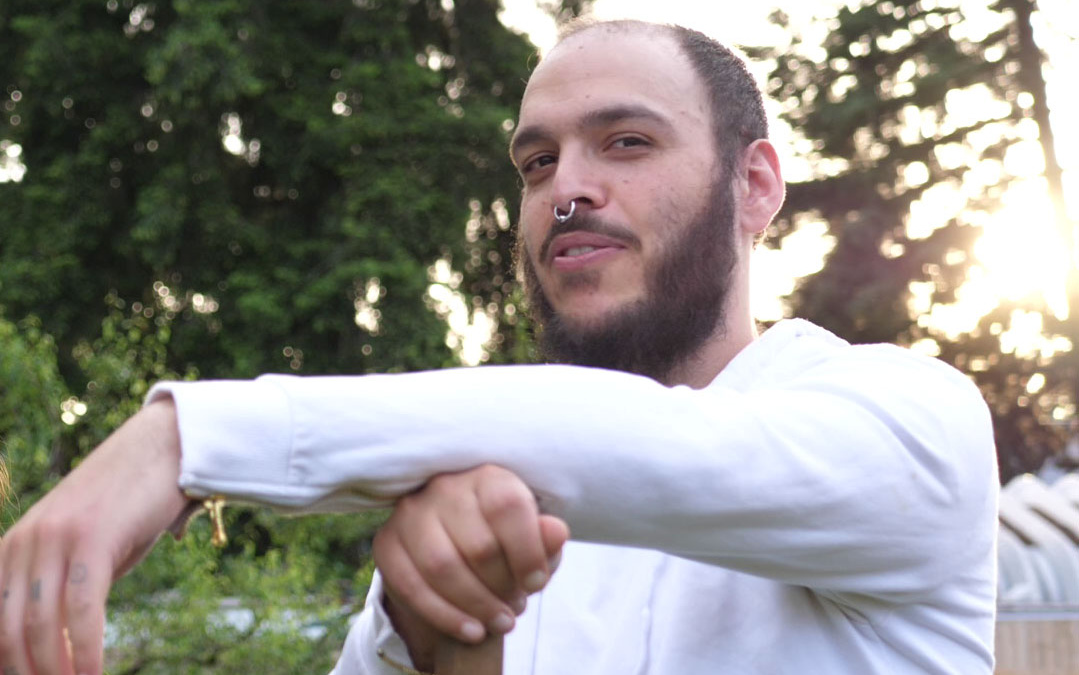 Going in to record their latest collection of “existential psychedelic soul music”, Saroon had to get the tape ready.  This is to say that every head-turning moment of their new album, Our Transparent Future, was recorded to tape.  But the method of recording isn’t the only unique part of this record.  From vocal style to the overall highs and lows that it reaches, Saroon have crafted a unique record.

“Masters of the Road” illustrates this with ease.  Here, you are reminded that despite social expectations, we are in charge of so much, yet we miss out because we are trapped in the cycle of doing things the “right” way.  Mostly consisting of soft-spoken lyrics and a gentle guitar that speeds up towards the end, it has all the elements of a classic folk song.  Immediately following is “Old Fashioned Protest Song”, which actually seems to focus on the things we as humans have less control of.  Simply put, Saroon call into question those who put money ahead of more important and worthy causes.  Seemingly calling attention to current social movements, they make it a point to reject the idea that we should just stand by and let ignorance win.  One of the final songs, “Golden Age”, is both a reflection on the past and a nod to the present, urging us to think of the current moment as the height of our lives.

Our Transparent Future makes its way to various corners of life, all which come together to form an idea for what the future may look like not only for the world, but for individuals.  It remains hopeful while not shying away from the heartbreak and struggles that come with being human.

Principle songwriter Ayal Alves explains: “There’s always the element of hope to it, and an acknowledgement that the nature of reality is that there is pain and suffering. The relationship between those two things is a transformational process.” 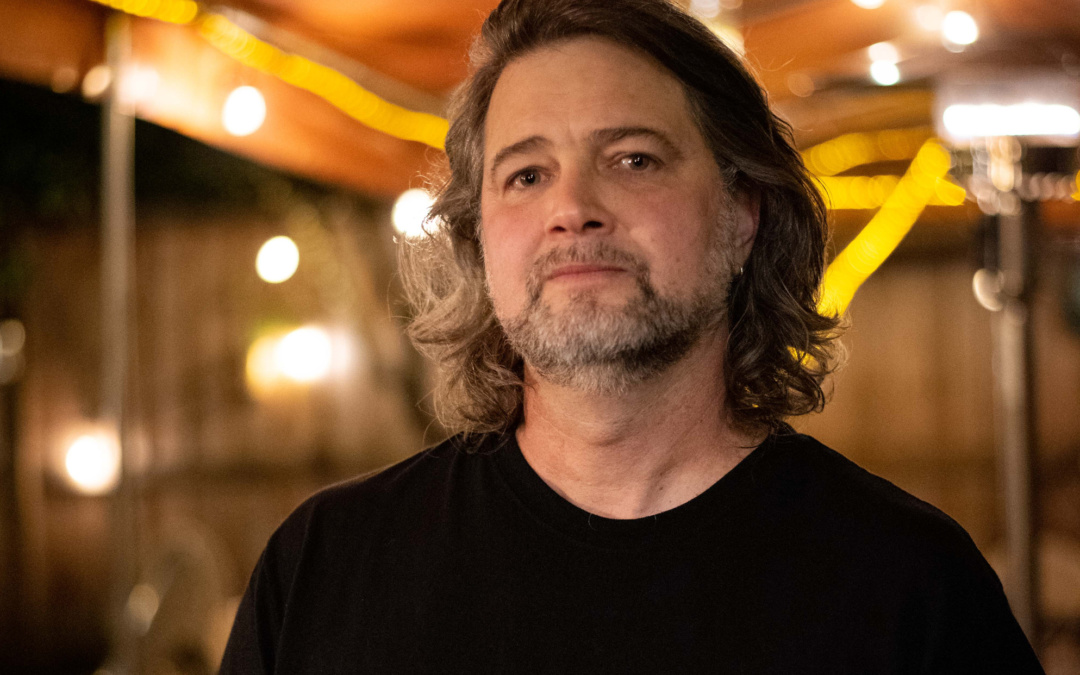 john shipe, the beast is back

Though his sound has been shaped and mastered over years of musicianship, John Shipe’s greatest collection of work comes, arguably, with his new release, a full-length titled The Beast Is Back. His twelfth release, Shipe has poured what seems to be his entire heart and soul into it. Though most of this release edges on a lighter feel instrumentally – we admit, there are some heavy topics involved here -, Shipe makes sure to pay homage to his blues roots with songs like “Jesus” and “Cosmic Repo Blues”. Meanwhile, his relatable life experiences are palpable in his lyricism, a factor we have always been partial to.

John’s struggle to be as vulnerable as possible really makes each one of these masterpiece songs that much more heart-wrenching. Admits Shipe:

This is the album of my life. I may not make another one because I may not have anything left in me. My experience in recovery—both as an alcoholic and an artist—brought me to places of brutal honesty, and it has been exhausting.

This extensive collection is so well done, from beginning to end. Experience The Beast is Back in its entirety below, and let us know what you appreciate about the album on our Facebook page! 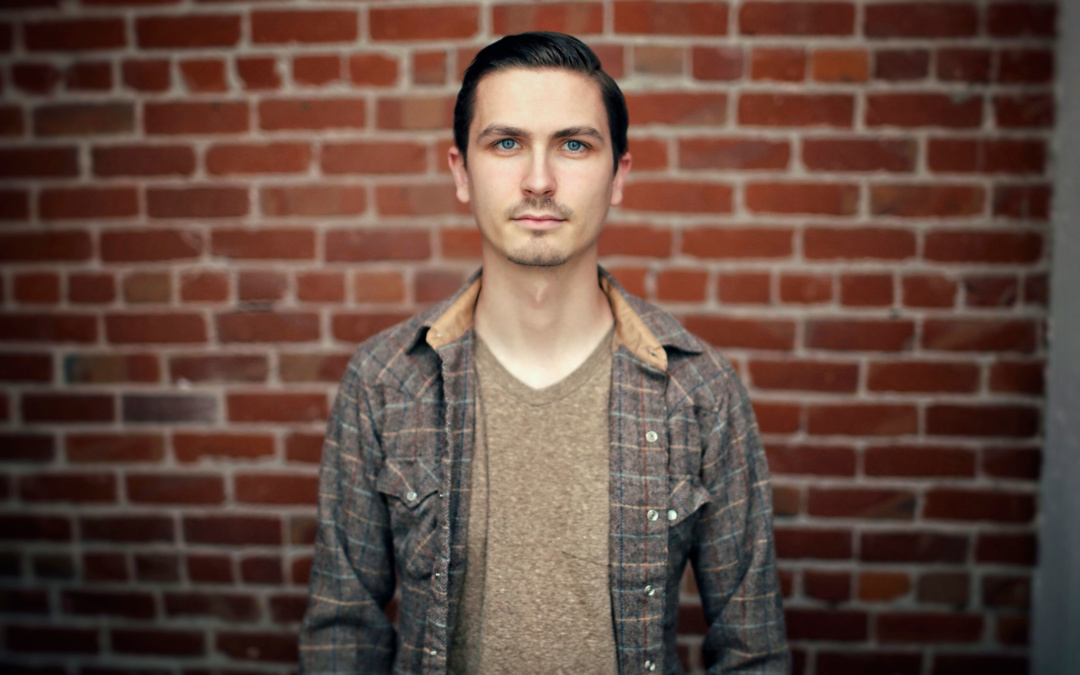 dewr, dream pop is over

Indie-pop act DEWR, consisting of songwriter Brian Dawer, is set to release his new EP Dream Pop Is Over on January 31st.

This release differs from his past works because the EP shies away from the regular indie-pop formula. While DEWR’s previous releases seem cluttered and unorganized, Dream Pop Is Over, is anything but.

This 5-song EP flows like a stream of consciousness giving Dewar the space to be honest.

Accompanied by swaying rhythms and dynamic changes, this EP is both unique and listenable. The opening track “Front Line” drops listeners into Dewar’s mind, and every song following continues this exploration. Through these 5 songs, listeners are exposed to Dewar’s inner turmoils as he comes to terms with the idea that you can’t have it all, and that life keeps moving forward.

The EP’s title feels like a play on words. While his other works fall victim to indie-pop tropes of being over digitally-enhanced, Dream Pop Is Over feels natural and organic.

Keep up with DEWR here. 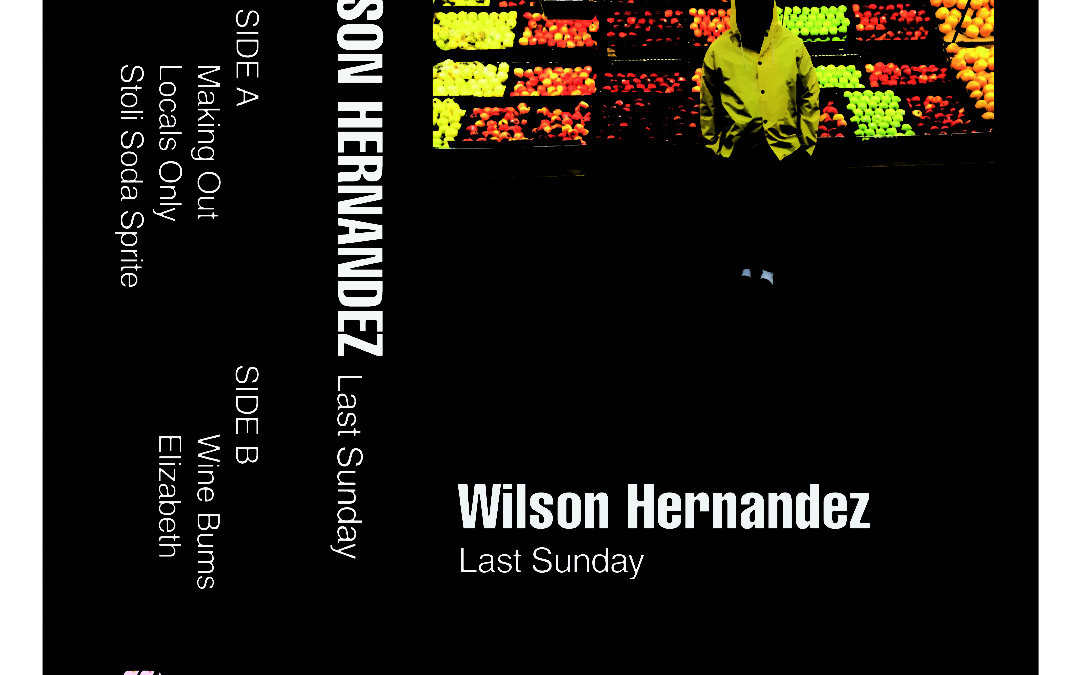 Tennis Club’s Wilson Hernandez embarks on his solo project with the release of new EP Last Sunday today. Released on birthdiy (spirit goth), Last Sunday boasts 5 quick, new tracks that almost glow their way out of the speakers. With a nostalgic sound, the Joplin-based musician has encapsulated his work in reverb for days, making the entire collection a relaxing, beautiful soundscape to play at your holiday parties. Try it on for size below, and then let us know what you think over on our Facebook page! 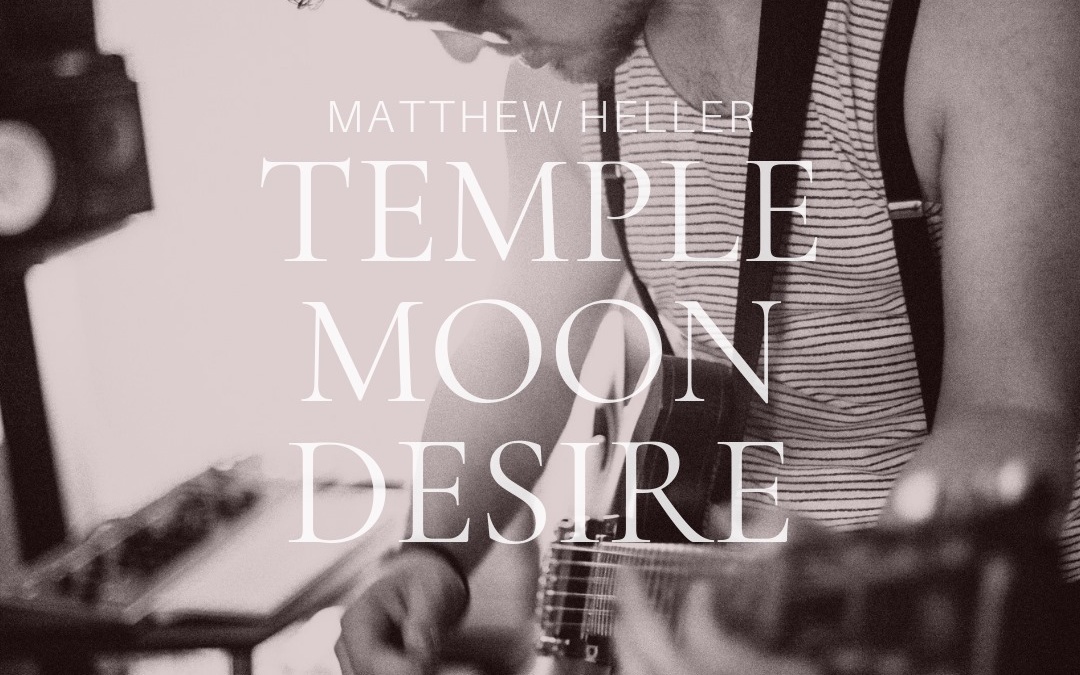 If you’re looking for something to add some spice to your autumn flavor (is there really ever enough spice though, really?), look no further than indie musician Matthew Heller‘s new full-length release Temple Moon Desire. This album opens its listeners up to thirteen tracks full of emotion and raw talent. The lyrics are poignant — songs about staying vulnerable and open in a world so full of hate and mystery bring about a necessary reality check –, the songs create a sonic ambiance all their own, and with the last chords come a deep longing for more.

That’s what good music does to you. It reaches into your soul and guts you. Matthew Heller has done this, with an array of tracks that really show off his brilliance as well as his resilience. If only all of us could create such beauty.

Keep up with Matthew Heller here. 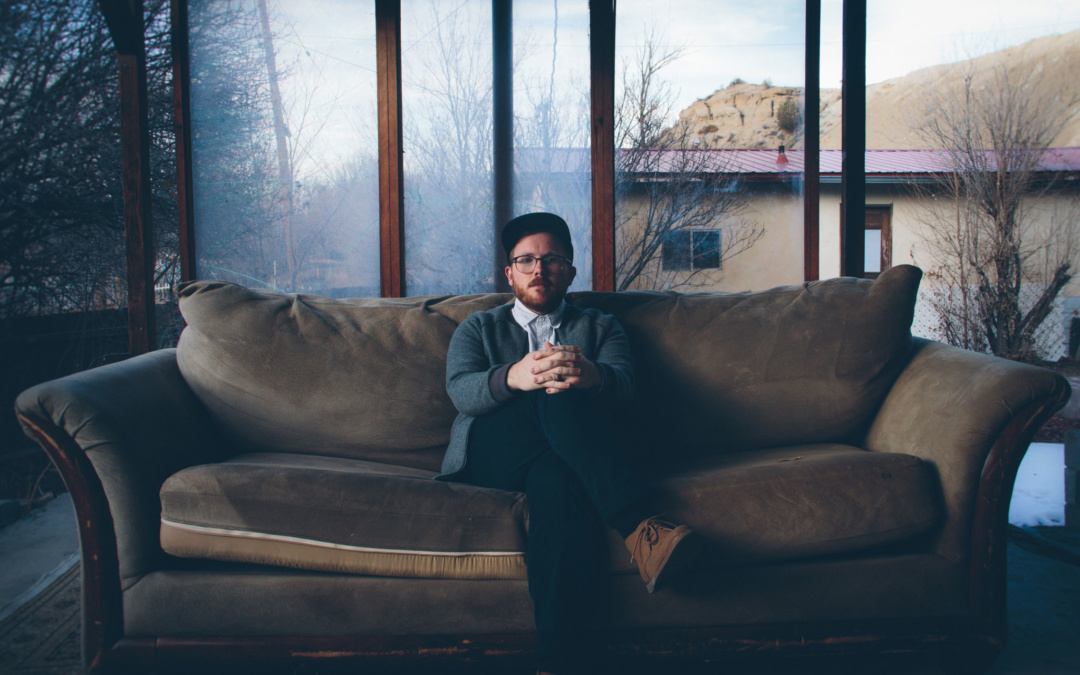 On Friday, lo-fi garage pop musician Balue is set to release his new album Suburban Bliss. We’re lucky enough to have your first listen to the release in its entirety, starting with the sound bites that intro the title track. Jam packed with leisurely tunes perfect for your next road trip, Suburban Bliss leads you on a sonic journey that both urges you to open your mind and keeps a moderate tempo that tends to keep your emotions at bay. Moments of 70’s-inspired, glittery soundscapes are nestled amongst futuristic chord progressions and reverb for miles. It’s beautiful and fun and quirky, all wrapped into one wonderful collection that will easily make the “summer to autumn” transition with you.

Get your first listen below, and keep your eyes peeled for that album release on the 23rd!

Keep up with Balue here.