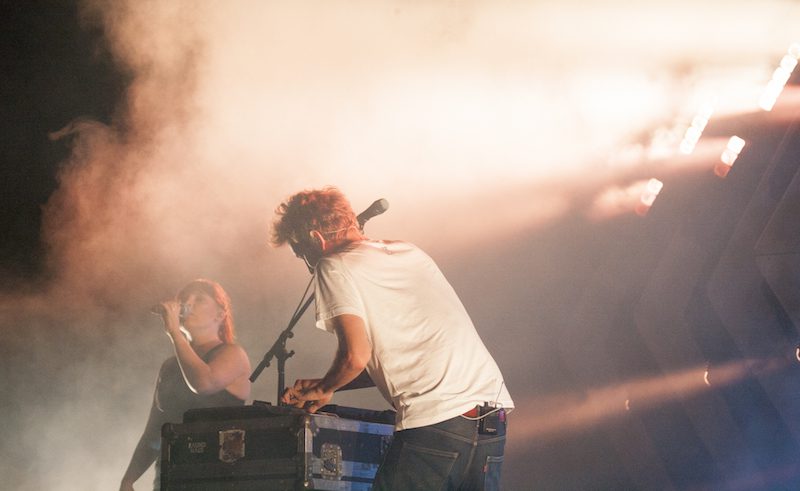 On Tuesday, September 26th, Sylvan Esso and Helado Negro took on the first crisp autumn evening in Kansas City to play to an all too eager audience at Crossroads KC. Photographer Suzanne Corum-Rich was there to take it all in for us. Here are a few snapshots, though a full gallery is up on PlaylistPlay and do816.

Keep up with Sylvan Esso here.

Suzanne Corum-Rich
It was 1989 when Suzanne first took off with her parents’ camera and began experimenting with 35mm film. After graduating college with her degree in photography in 2005, her professional career started with opening and operating a portrait studio in her hometown of Pella, Iowa. Seven years later, she, her husband, Keith, and family of five cats moved to Des Moines, Iowa, where her role with RAYGUN as chief photographer began. It was RAYGUN that brought her to Kansas City, MO. While she primarily focuses on commercial and portraits with her position at RAYGUN, you will often find her documenting marches and protests outside of work. In her leisure time, you’ll find her watching movies or listening to vinyl with her sweetheart - most likely with a cat (or two) in arms, visiting family in Iowa, talking politics with friends, or meandering through an art museum. When the opportunity arises, she and her husband like to adventure to new cities and countries where you’ll mostly likely catch her with her Canon 35mm film camera in tow.